Martian Anomalies? Decide For Yourself

Someone else is on Mars? Artificial object monitors Curiosity Mars Rover!

Several NASA photographs, taken by the Curiosity Rover on February 29, 2016 and March 3, 2016 apparently show a strange artificial object peeking from behind a rock formation. 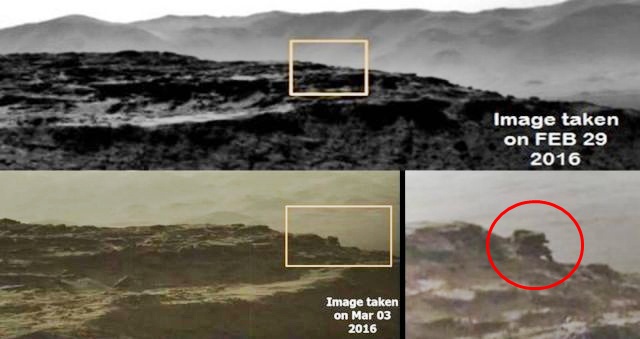 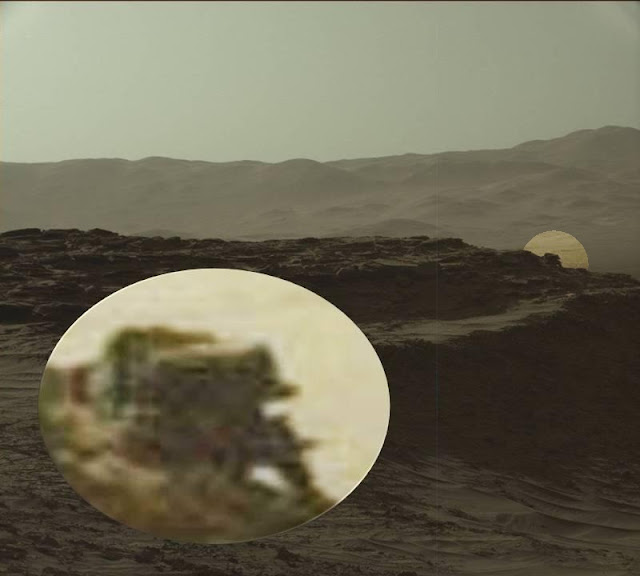 The object seems to be a sort of machine or transport vehicle. One part of the object is clearly visible and resembles a sort of rack whereby Frank wonders whether someone else is on Mars who monitors the activities of the Mars Rover. 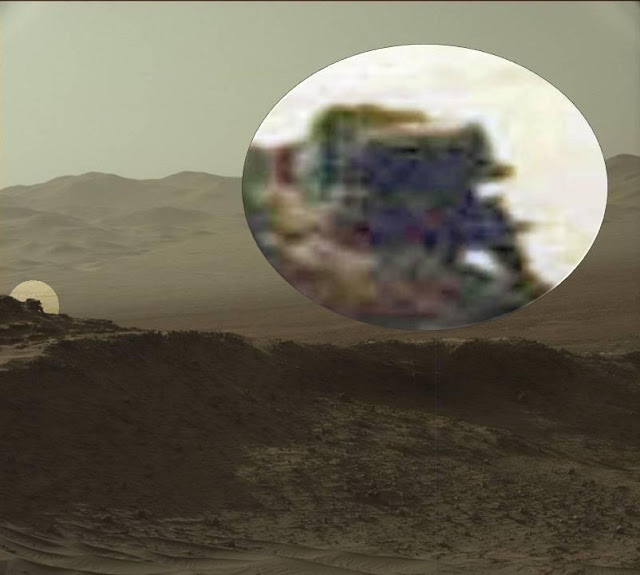 See the video with a detailed explanation on the subject below.

Two panoramic images taken by Mars Rover Opportunity on July 10, 2015 show what appears to be a dome.

The isolated spherical structure sits on top of a hill and it looks quite different than the surrounding rocks and soil.

A glow or light in the middle of the dome suggests it may be metallic and reflecting sunlight. Or it could be a window emitting internal light. To the right of the dome you can see a smaller construction.

If this dome is not natural and it is indeed a building-like structure, could it be an outpost, a storage facility or a living quarter?

We may wonder who made it! 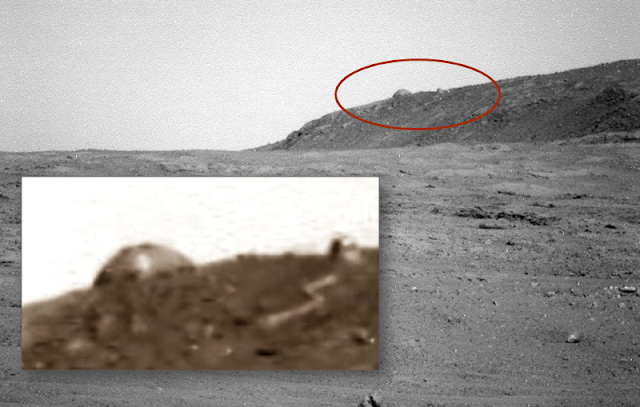 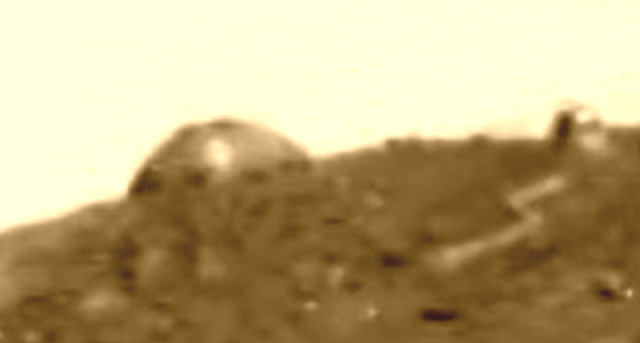 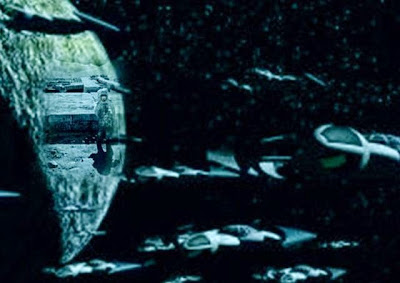 Milton William "Bill" Cooper (May 6, 1943 – November 6, 2001) was an American conspiracy theorist, radio broadcaster, and author best known for his 1991 book Behold a Pale Horse, in which he warned of multiple global conspiracies, some involving extraterrestrial aliens.

William Cooper, ex-Naval Intel, blew his Top Secret security clearance by putting together a press conference where he laid out the structure of the country's Shadow Government, tracing its roots to the UFO/Alien cover-ups that began in the 1940's-1950's.

He was very concise and explicit, naming names and documentation, offices and meetings from the 50's on down to the 1970's. He literally ripped the lid of the cover-up, and told his audience that he'd probably be killed for this.

Bill Cooper decorated military career man left Naval Intelligence in 1975. By his own admission, he was unable to reconcile what he'd learned while in Naval Intel, about Alien controls and secret combinations within over our government. He refused to serve the anti-constitutional "Military Industrial Complex" run by NASA/CIA and the NWO, and resigned.

After this he began to leak info, often receiving threats on his life and family for so doing. His expertise and knowledge, however, was of a military/political nature (governmental, historical and cover-ups) nature, not specifically scientific.

Cooper was shot and killed on November 5, 2001 by a sheriff who was serving an arrest warrant at his Arizona home after Cooper allegedly tried to resist arrest and shot an officer in the head. He was 58 years old. Notwithstanding, there are people who say that Bill Cooper was a fraud, many of Cooper’s fans believe he was purposefully murdered because he talked the truth about the New World Order, 9/11 and the secret space program.

If Bill Cooper was the only one who talked about a secret space program than yes maybe he was a fraud, but also others like Gary McKinnon and Ben Rich Director of Lockheed's Skunk Works from 1975 to 1991, have stated that such a space program exist, yet individuals such as Laura Eisenhower who speak of knowledge of a colony on Mars and other secret NASA projects.

»  Martian Cataclysm: Impact energy analysis in support of the origin of multiple anomalies on Mars
» MY FAVORITE MARTIAN
» Possible Martian Deity Found On Mars?
» Aliens all around us!!! `You decide..............
» Martian moons may have once formed rings