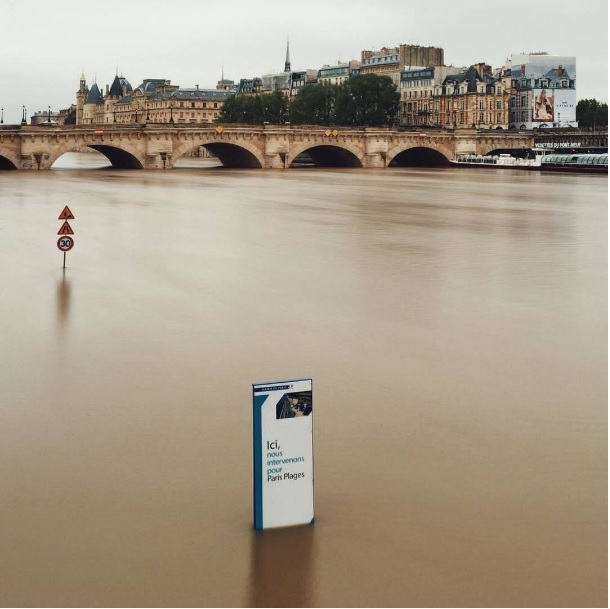 Floodwaters in Paris are forecast to peak on Friday with the River Seine due to reach 6m (19ft) above its normal level.
The world-famous Louvre and Orsay museums have been shut so staff can move priceless artworks to safety.
Flooding across France and Germany has left at least 11 people dead and forced thousands from their homes.
More downpours are forecast through the weekend across a band of central Europe from France to Ukraine
As much as 50mm (2in) of rain is expected to fall in some regions in just a few hours.
Several towns in southern Germany have been devastated and Belgium and Poland have also been affected according to the BBC.
Thousands of people have been evacuated as homes and businesses across France are under threat from flooding brought on by heavy rains reports france24.com.
Continued heavy rain in France from 29 May has left the two departments of Seine-et-Marne and Loiret suffering major flooding and a further 8 departments in France experiencing serious flood damage. 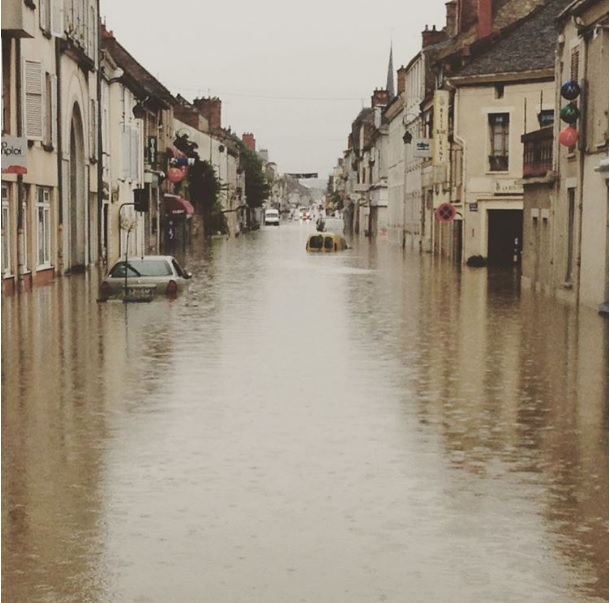 Photo air9c
French authorities say that in areas south of Paris, river levels are at their highest for over 100 years. The country’s Ministry of Interior say that a woman died in the flooding in Seine-et-Marne department on 01 June 2016.
Earlier a young child died in a flooded basement of a house in the village of Saint-Martin-d’Ordon, Yonne Department, after heavy rain on Sunday 29 May 2016.
France Interior Minister Bernard Cazeneuve said emergency workers had carried out more than 12,000 interventions and rescue operations over the last few days.
One of the worst hit areas was the town of Nemours, Seine-et-Marne department, situated south east of the capital, where 3,000 people have evacuated their homes after the Loing River broke its banks. Levels of the river broke previous records that had stood for over 100 years, set during the historic floods around Paris in 1910.
Ten kilometres south of Nemours, an 86-year-old woman was found drowned in her home in Souppes sur Loing, according to the French Ministry of Interior.
Manuel Valls, the French Prime Minister, visited the flood victims and flood hits areas around Nemours earlier today reports Floodlist.com.


Germany – Deadly Floods Hit Bavaria
Further floods have struck in Germany, leaving towns in the state of Bavaria devastated and at least 5 people dead.
This is the second deadly flood event in Germany in the space of a few days.
Three people died earlier this week after floods in the neighbouring state of Baden-Württemberg.
The worst hit area is the district of Rottal-Inn, Bavaria, where rivers have overflowed and around 9,000 homes are without power.
Rottal-Inn District Administrator, Michael Fahmüller, declared a state of emergency yesterday afternoon, appealing to residents to stay in their homes.
According to authorities there, three people died when they were trapped in their flooded home in Simbach am Inn on 01 June.
The bodies were recovered by divers.
Another victim was later found dead in a swollen stream in Julbach, also in Rottal-Inn.
The body of a fifth victim was found earlier today, 02 June, according to police.
Several people are also reported as still missing.