One of the Disclosure Project’s Top-Secret Military Witnesses Speaks

Who controls the agreed upon reality through the mainstream media
and why they fear disclosing the truth about the extraterrestrial reality? 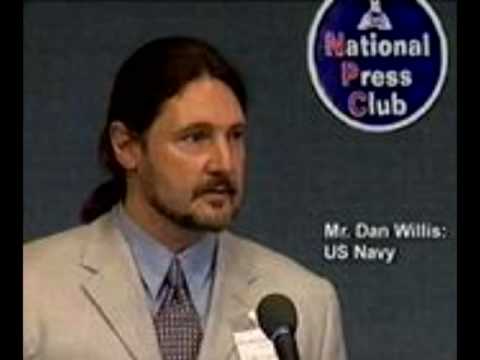 Possible conclusions based on indications

The following conclusions might be drawn after reviewing all the indicators throughout history, with collaborating witness testimonies, classified documents as well as the connections and actions taken amongst those who appear connected to be a wealthy bloodline of secret societies, those who helped created the Nazi faction of it’s operations as an instrument for its agenda of fascism and advanced hidden technologies.  This group has been called many names, and it doesn’t take enormous research to find out who they are, as they say ‘follow the money’. It’s also important in research to look at the efforts of what information they have attempted to suppress to keep you from putting the pieces of the larger picture together. Yet, again we are only scratching the surface, as there is still so much we do not know. But there is plenty of pieces to at least start to form a picture of what has been done in secrecy. Because this group is so secret, even though it is quite blatantly evident they exist for anyone who takes the time to research their nexus of operations. So we’ll simply refer to them as the “cabal”.
History has shown this cabal has an ancient past as rulers, they have infamously provoked wars with false flags furthering their agenda of world domination, while profiting as lives are lost.  They’ve manipulated stock markets, impoverishing people, and put them into debt with government interest loans through the Federal Reserve system they created in 1913.
In 1933 when they initially funded Hitler, the cabal working in concert with the fascist bankers toward a one world fascist government, attempted a government coup in the United States and the establishment of concentration death camps for those they deemed undesirable, yet their overthrow failed due to whistle-blower General Butler who infiltrated their plan.
During the war the Nazis planned well ahead for any contingency that may happen in their war efforts, and built a secret underground base in Antarctica starting in 1938.  Toward the end of the war, they moved all of their flying disc technology out of Germany, the best of their submarine fleet with over 100 U-boats, their top scientists and over 250,000 Germans moved there, as well as into Argentina and surrounding areas, all of which were never accounted for after the war.  Adolf Hilter and Eva Braun who faked their suicides as well as Himmler joined them there as well.   This was known by the cabal’s US agents, who helped facilitate the Nazi’s fall back plan.  Not only was this secret Antarctic base impenetrable with a 2 mile ice shelf above, but it may have been in ancient times prior to a pole shift, part of the lost continent of Atlantis.  The Nazis believed they were the decedents of an advanced master race from Atlantis destined to rule the world. They wanted to preserve the Aryan bloodline and create a master race and may have sent 10,000 pure Aryan bloodline Germanic women for repopulating the Antarctic base, which in the future they planned to resurface after a pole shift that would melt the Antarctic ice covering according the Vedic writings Himmler believed in.