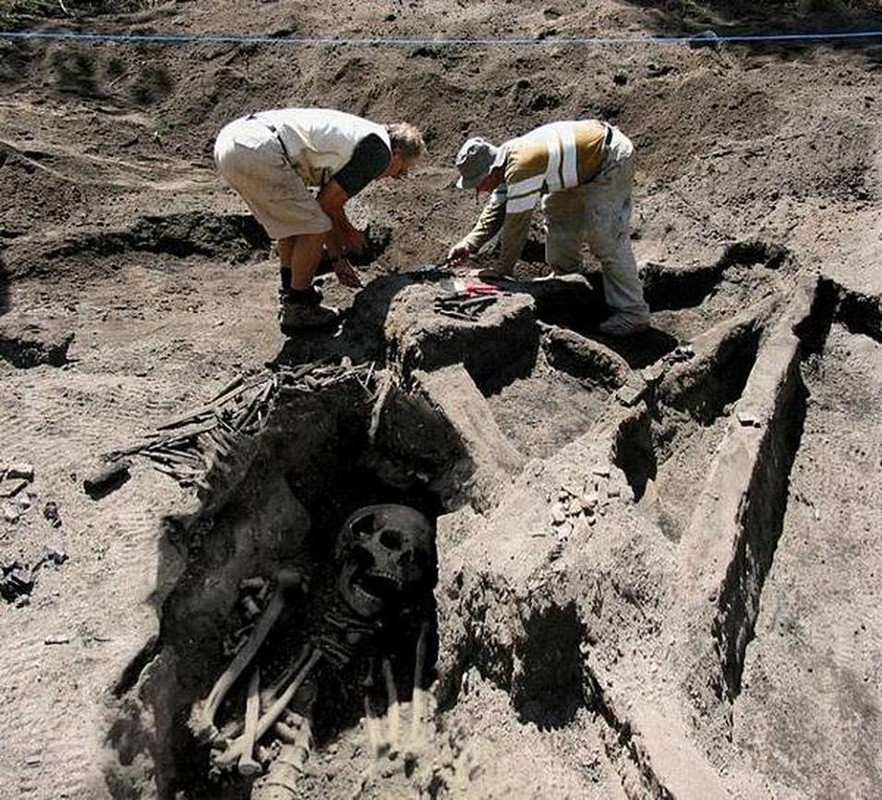 Strikingly tall skeletons uncovered in the Ecuador and Peru Amazon region are undergoing examination in Germany, according to a research team headed by British anthropologist Russell Dement. Will these remains prove that a race of tall people existed hundreds of years ago deep in the Amazonian rainforest?
​
According to a Cuenca news site, since 2013 the team has found half a dozen human skeletons dating to the early 1400s and the mid-1500s which measure between seven and eight feet (213 to 243 centimeters) in height.
​
Dement said,
“We are very early in our research and I am only able to provide a general overview of what we have found. I don’t want to make claims based on speculation since our work is ongoing. Because of the size of the skeletons, this has both anthropological and medical implications,” reports Cuenca Highlife. 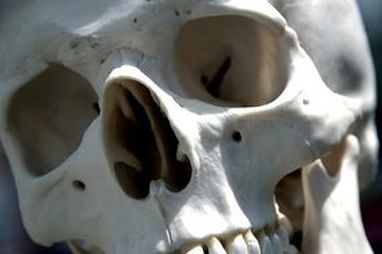 ​Skeletal Remains in Ecuador and Peru

​ In late 2013 Dement received word that a skeleton had been uncovered by a Shuar local, approximately 70 miles (112 kilometers) from Cuenca, in Loja Province, Ecuador.

​Dement traveled to the site and recovered a rib cage and skull of a female which had been exposed by flooding. The bones were thought to date to 600 years ago. The rest of the skeleton was located and, once assembled, reportedly measured seven feet, four inches (223.5 centimeters) in height.

This prompted the formation of a research team including four researchers from Freie Universität in Germany, and the assistance of Shuar locals. Funding was provided by the university for excavation and investigation.

Recognizing it is a controversial area of research, Dement noted “Even though I had been working with Freie for many years, I was concerned that they might not give a grant for someone looking for giants. To outsiders, especially scientists, I understand this sounds a little hair-brained. […]
​
“Because of the sensational nature of this, we have to be extremely diligent in our research since it will be met with a great deal of skepticism,” he said. 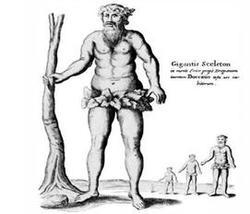 ​Within six months of excavations and mapping at two different sites: the one outside of Cuenca, and another settlement dating to about 1550, approximately 20 miles (32 kilometers) away on the Ecuadorian-Peruvian border, the team had found five more tall skeletons, as well as artifacts. It is believed by Dement and colleagues that the tribe at the second site had been at the settlement for at least 150 years.

The three complete skeletons and two partial skeletons had no disfiguration and suggested they were relatively healthy.

Dement said,
“The skeletons show no signs of diseases such as the hormonal growth problems that are common in most cases of gigantism. In all the skeletons, the joints seemed healthy and lung cavity appeared large. One of the skeletons that we have dated was of a female who was about 60 when she died, much older than typical cases of gigantism,” reports Cuenca Highlife.

The burials were elaborate. Bodies were wrapped in leaves and buried in thick clay. This sealed the skeletons and protected against water intrusion, leaving the remains in fairly good condition. 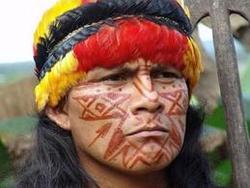 ​ It is reported that Dement had previously studied Amazon indigenous communities for more than two decades and had heard the legends of “very tall, pale-skinned people who used to live nearby,” he said.

Community elders described them to Dement as a race of large, peaceful Amazonians who were welcomed by the indigenous Shuar and Achuar people, however, the locals also believed these people belonged to the ‘spirit world’ and were purely mythical.​​ 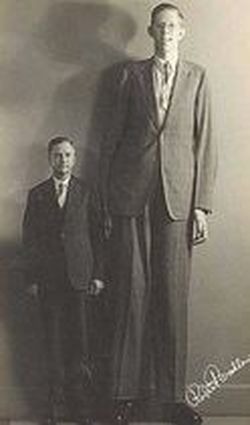 Since the announcement of this discovery several reports have vastly exaggerated the dimensions of the finds, with seven feet being reported as seven meters (making them 23 feet tall). The bones have also been erroneously connected with hoax photos, as well as a reconstruction of an “Ecuador giant”, which was in fact a fake skeleton for a now-closed theme park in Switzerland.

These false reports should not detract from the actual discovery of seven-to-eight-feet skeletal remains in the Ecuadorian and Peruvian rainforest, which are being scientifically studied. Such skeletons, while seeming to fit the ancient legends of a mythical race, are not unheard of or unproven in scientific literature.
​
Other such cases of extremely tall humans (or “giants”) can easily be referenced, such as Robert Wadlow, known as the “Alton Giant”, cited as the tallest person in recorded history. Wadlow was born in Alton, Illinois, USA in 1918, and at his death was eight feet, eleven inches (2.72 meters) tall. 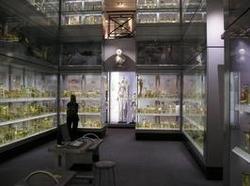 ​Another of the many cases of modern gigantism include that of Charles Byrne (1761-1783), known as “The Irish Giant,” whose skeleton is now on display at the Royal College of Surgeons of England in London. Measurements of his skeleton measured him at approximately seven feet, seven inches (2.31 meters) tall.

Earlier this year archaeologists in Bulgaria discovered the remains of what they have described as a “huge skeleton” in downtown Varna, a city on the shores of the Black Sea whose rich culture and civilizations spans some 7,000 years. The size of the bones were said to be “impressive” and that they belonged to “a very tall man”.

As such cases exist in history, it stands to reason there were cases of individuals or even communities of people who were seen as “giants” to the ancients.

Results of the reported Freie University research are to be published a year from now according to Dement, who is said to be examining DNA samples from the Shuar communities near the excavation site to see if they connect with the skeletal remains from the ancient settlement.

Hopefully the published information will shed light on the people who lived in the Amazonian rainforest hundreds of years ago, and how they might have interacted with the Shuar and Achuar peoples, possibly sparking myths and beliefs which were passed down for generations, resulting in the legend of the Ecuadorian giants.
Source: Humans are Free