What Science Is Telling Us About Earth’s Electromagnetic Fields & How They Connect To Our Own Mon Jun 13, 2016 8:27 am

Admin
Posts : 99456
Join date : 2012-01-04
Location : Woodstock Nation
What Science Is Telling Us About Earth’s Electromagnetic Fields & How They Connect To Our Own


Science has recently shed light on the fact that what we used to perceive as ‘human’ aura is actually real. All of our bodies emit an electromagnetic field, and this fact plays a very important role far beyond what is commonly known when it comes to understanding our biology, and the interconnectedness we share with all life.
For example, did you know that the heart emits the largest electromagnetic field of all the body’s major organs? These fields and the information encoded into them can change based on how we are feeling, what we thinking, and different emotions we take on. The heart even sends signals to the brain through a system of neutrons that have both short-term and long-term memory, and these signals can affect our emotional experiences.
The emotional information that’s modulated and coded into these fields changes their nature, and these fields can impact those around us. As Rolin McCratey, Ph.D, and director of research at The HeartMath institute tell us, “we are fundamentally and deeply connected with each other and the planet itself.”
Research findings have shown that as we practice heart coherence and radiate love and compassion, our heart generates a coherent electromagnetic wave into the local field environment that facilitates social coherence, whether in the home, workplace, classroom or sitting around a table. As more individuals radiate heart coherence, it builds an energetic field that makes it easier for others to connect with their heart. So, theoretically it is possible that enough people building individual and social coherence could actually contribute to an unfolding global coherence. (1)
The quote above comes from Dr. Deborah Rozman, the President of Quantum Intech.  We are living in exciting times when it comes to science, and although not emphasized and studied in the mainstream as much as we’d like, science is acknowledging that we are all part of a giant web of connections that, not only encompasses life on this planet, but our entire solar system and what lies beyond it.
So, what exactly is heart coherence? Well, it implies order, structure, and as Dr. Rozman puts it, “an alignment within and amongst systems – whether quantum particle, organisms, human beings, social groups, planets or galaxies. This harmonious order signifies a coherent system whose optimal functioning is directly related to the ease and flow in its processes.” Basically, feelings of love, gratitude, appreciation and other ‘positive’ emotions not only have an effect on our nervous system, but they have an affect on those around us, far beyond what we might have previously thought.
It’s similar to the studies that have been conducted regarding mass meditation and prayer. As far as their effects on physical systems, numerous publications have yielded statistically significant results. For a selected list of downloadable peer-reviewed journal articles reporting studies of this type of phenomena, mostly published in the 21st century, you can click here.
Another point that illustrates the importance of coherence is the fact that several organizations around the world have conducted synchronized meditations, prayers, intention experiments, and more. A number of studies have shown that collective meditations, prayer or focused intention directed toward a certain positive outcome can have measurable effects.
For example, one study was done during the Israel-Lebanon war in the 1980s. Two Harvard University professors organized groups of experienced meditators in Jerusalem, Yugoslavia, and the United states with the specific purpose of focusing attention on the area of conflict at various intervals over a 27-month period. During the course of the study, the levels of violence in Lebanon decreased between 40 and 80 percent each time a meditating group was in place. The average number of people killed during the war each day dropped from 12 to three, and war-related injuries fell by 70 percent. (1)
Another great example is a study that was conducted in 1993 in Washington, D.C., which showed a 25 percent drop in crime rates when 2,500 meditators meditated during a specific periods of time with that intention.
Every individual’s energy affects the collective field environment. The means each person’s emotions and intentions generate an energy that affects the field. A first step in diffusing societal stress in the global field is for each of us to take personal responsibility for our own energies. We can do this by increasing our personal coherence and raising our vibrator rate, which helps us become more conscious of the thoughts, feelings, and attitudes that we are feeding the field each day. We have a choice in every moment to take to heart the significance of intentionally managing our energies. This is the free will or local freedom that can create global cohesion.
– Dr. Rozman (1) 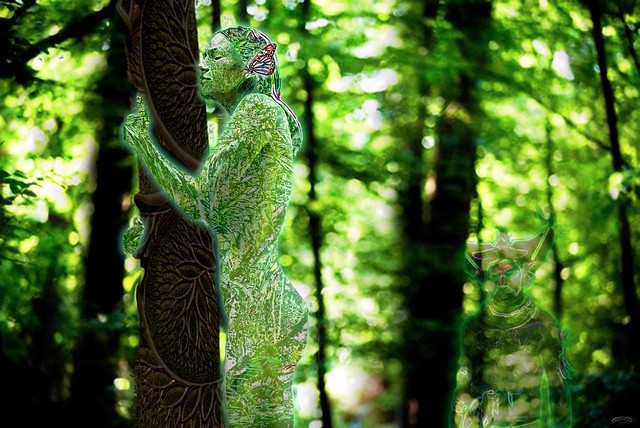 The GCI in an international cooperative effort to help activate the heart of humanity and facilitate a shift in global consciousness.  Its primary focuses are to invite people to participate by actively adding more heart-coherent love, care, and compassion into the planetary field. The second is scientific research on how we are all energetically connected with each other and the planet, and how we can utilize this interconnectivity, which is very real, to raise our personal vibration to assist in creating a better world.
The hypotheses of the researchers and scientists behind this process are as follows:

Think about the current state of our planet. We are definitely not in coherence, with all of the violence, war, hate, and greed that still plague our planet, we have a lot of work to do. We do not yet know how these thoughts, emotions, and feelings are affecting the entire planet, and what type of information these experiences are encoding into once electromagnetic fields, and how it is interacting with that of the Earth’s. Things are changing, however. There is definitely a shift within people who are desiring a better experience here on planet Earth.
These energetic fields are known to scientists, but there are still many unknowns. Solar activity and the rhythms taking place on Earth’s magnetic fields have an impact on health and behaviour. This is firmly established in scientific literature. (source)(source)
Scientific literature also firmly establishes that several physiological rhythms and global collective behaviours are not only synchronized with solar and geomagnetic activity, but that disruptions in these fields can create adverse effects on human health and behaviour. (source)(source)(source)
When the Earth’s magnetic field environment is distributed it can cause sleep problems, mental confusion, usual lack of energy or a feeling of being on edge or overwhelmed for no apparent reason. At other times, when the Earth’s fields are stable and certain measures of solar activity are increased, people report increased positive feelings and more creativity and inspiration. This is likely due to a coupling between the human brain, cardiovascular and nervous system with resonating geomagnetic frequencies. (1)
The Earth and ionosphere generate frequencies that range from 0.01 hertz to 300 hertz, some of which are in the exact same frequency range as the one happening in our brain, cardiovascular system, and autonomic nervous system. This fact is one way to explain how fluctuations in the Earth’s and Sun’s magnetic fields can influence us. Changes in these fields have also been shown to affect our brain waves, heart rhythms, memory, athletics performance, and overall health.
Changes in the Earth’s fields from extreme solar activity have been linked to some of humanity’s greatest creations of art, as well as some of its most tragic events. (source)
We know how these fields affect us, but what about how we affect these fields? That’s the real question here. GCI scientists believe that because brain wave and heart rhythm frequencies overlap the Earth’s field resonance, we are not just receivers of biologically relevant information, but also feed information into the global field, thus creating a feedback loop with the Earth’s magnetic fields.
Research is indicating that human emotions and consciousness ecocide information into the geomagnetic field and this encoded information is distributed globally. The Earth’s magnetic fields act as carrier waves for this information which influences all living systems and the collective consciousness.
This research, which is still in its infancy, has great ramifications. It will further push along the fact that our attitudes, emotions, and intentions actually matter, a lot, and that these factors within the realm of non-material science can affect all life on Earth. Coherent, cooperative intention could impact global events and improve the quality of life on Earth. Practicing love, gratitude, appreciation, and bettering ourselves as individuals is one out of many action steps towards changing our planet for the better. 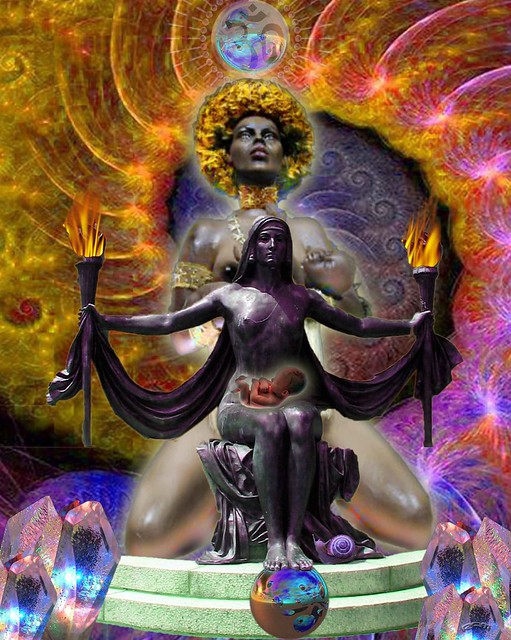 So What Can You Do?

So, next time you are upset, angry, or frustrated, try observing yourself and how you react. It’s great practice to try and lose your buttons so they cannot be pushed, and work on your personal development. You have to do whatever you can to feel good, which could include exercise, eating healthy, minimizing electronics time, spending time with friends, animals, and more. You could practice being less judgemental, and work on your intentions by figuring out if they are coming from a  ‘good’ place. You could be more grateful, you could help others, and you can treat others how they want to be treated.
There are a number of tools you could use, like meditation, for example, to assist you with these action steps. Bottom line, if you are at peace with yourself, and have control over your emotions, you are helping the planet and others around you. If you are constantly angry, harming others or have negative intentions, you could be doing the exact opposite.
To further your research on this topic, an excellent place to start is the at the Institute of HeartMath. The Institute of HeartMath is an internationally recognized nonprofit research and education organization dedicated to helping people reduce stress, self-regulate emotions, and build energy and resilience for healthy, happy lives.
From Collective Evolution @ http://www.collective-evolution.com/2016/05/15/what-science-is-telling-us-about-earths-electromagnetic-fields-how-they-connect-to-our-own/