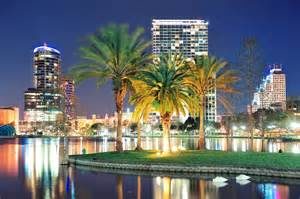 Orlando, Florida
This does sound like it could be false flag attacks, from a reader. Thanks, S, for the heads up.
Florida seems to be a cabal hotbed as there have been a couple of military exercises/drills there with helicopters, special ops, extractions, etc.

Winner of “The Voice” competition, Christina Grimmie
I’m suspicious now whenever a celebrity “dies” as so often it sounds like it was all faked. I thought Christina Grimmie had great potential.
http://mashable.com/2016/06/11/christina-grimmie-shot-dead-florida/#pyifkCnE.iqS
I’ll post your comment below with a note that the power was out for eight hours in London, Ontario Canada yesterday, June 11, and not one word in the media or on the hydro web site. That from Patrick, our web master.
I haven’t seen anything about the power outages, bridges, etc. in Tampa.
It can happen anywhere, and it may or may not be sabotage, but the grid failing from the bizarre electromagnetic fluctuations on the planet, etc. We’re seeing some whacky stuff, so ANYTHING can happen. If we’re prepared and remain calm it can be a real comm-unity-building event. If there is violence, best to high-tail it outta there, double time.
If we’re smart, we’re heeding the repeated advice to stock up on food and water—minimum 2 weeks worth—as well as meds, pet supplies, essential daily items like bath tissue, cash, and keep the gas tank above half full. Maybe even get a Jerry can, if you like. You may want to stock up on propane or even briquets  for the barbie in case power does go out so you can still cook, boil water, etc.
Thanks, S, for the dots you connected. Heads up, everyone.  It could be a very interesting summer. Whatever happens, it will bring us at least one step closer to the breakthrough.
Tat’s Revolution just reported on this, too. I believe he lives in Florida.  ~ BP 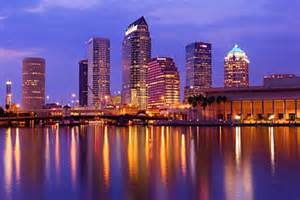 Tampa, Florida
But i have four insights that have dropped into my soul in the last 24 hours…FIRST OF ALL…THE WHOLE CITY OF TAMPA WAS CLOSED DURING THIS STUPID THUNDERSTORM …earlier this week AND NOW ORLANDO..TWO INCIDENCES..2 false flags in a blnk of an eye…
THEY CLOSED ALL of TampaBay down for that storm…this rain is VERY NORMAL FOR THIS TIME OF YEAR AND NOT OUT OF THE ORDINARY..THEY SHUT DOWN ALL BRIDGES…even the Sunshine skyway bridge with psuedo reasoning. They are forcing Martial law… i will almost bet we are the testrun .and ofcourse EVERY MEDIA SITE IS NO STATING 50 people were killed at a GAY NIGHTCLUB (PULSE) in Orlando….last night… Now here is the other insanity from Orlando..
CHRISTINA GRIMMIE..just this past friday nigt was “Supposedly killed and her assailant accidently killed himself ???? Ready for the insanity…she just finished performing with the band name “BEFORE I EXIT” the shooting happened just after the performance in another room … They r saying the brother jumped the gunman .. And that there were very few people in the room…REALLY???
So… TAMPA BAY IS CLOSED THIS PAST WEEK…NOTHING IN OR OUT BRIDGES CLOSED ETC..CHRISTINA GRIMMIE (22 yrs old) cabal Voice winner who pimped clothing over the past 2 seasons on the show is murdered…AND NOW 50 GAY INDIVIDUALS ARE KILLED…IN A TERROR ATTACK ..THEY SAY..THE WORST SINCE 911.. ITS STINking LIKE ILLUMINATE STANK HERE IN FLORIDA…
Folks if you dont have FOOD.. GAS… AND FREE ACCESS TO WATER..AND CASH ONLY… THIS MAY BE A ROUGH WEEK…