OUT OF MIND » THE INSANITY OF REALITY » GOVERNMENTS & THE NEW WORLD ORDER » NESARA: The Legislation that Almost Freed us from Debt Slavery

NESARA: The Legislation that Almost Freed us from Debt Slavery 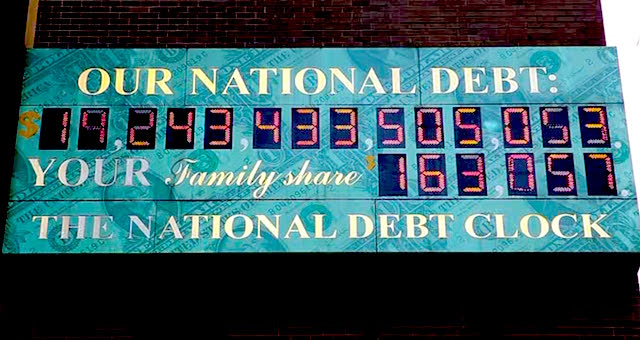 Christina Sarich, Staff
Waking Times
There are many rumors about what NESARA or the National Economic Security and Recovery Act of the 1990’s actually entail, but in short, they are a set of economic and social reforms which were intended to set you free from private debt slavery and the greedy hands of the Federal Reserve Banking Cartel families.
Harvey Francis Barnard proposed in Draining the Swamp: Monetary and Fiscal Policy Reform that the national income tax should be replaced with a national sales tax, also called the Fair Tax, that compound interest rates, otherwise known as usury, were to be abolished on secured loans, and that our currency should be replaced, changing from one backed by amorphous 1’s and 0’s in a Federal Reserve Bank computer system by a bimetallic currency (one backed by gold and silver) which would stabilize the economy and make it nearly impossible for continued Big Bank bail outs, the ceaseless creation of war for profit, and crimes against the public.


Barnard actually sent the proposal to Congress, expecting that it would be adopted because it made so much sense, but of course, this never happened because the elite engineered our fraudulent banking system, along with the stock markets, forex, etc. to be complete and utter scams that do not respond to law. Interestingly, because the ideas within NESARA were so succinctly put forth, they have become influential to the New Age movement, and the ideas within have been spread by Shaini Candace Goodwin, a former student of The Ramtha School of Enlightenment, and Sheldon Nidle, the founder of the Planetary Activation Organization who claims to be in touch with extraterrestrials.
NESARA Itself is no joke, even though it has been widely circulated in various odd forms though the New Age networks. Ron Paul even suggested that Congress give it a serious look. Others criticize that it is not a sweeping enough set of reforms to keep all the world’s wealth from being concentrated in just a few people’s hands.
There are many different explanations of NESARA both true and untrue, that flourish on the internet. Many believe that NESARA will be part of peace and prosperity agreements reached once the cabal has been rendered helpless on this planet, as well as any of their (probable other-worldly) handlers.
Here is a brief overview of what the NESARA agreements described in the ’90’s, including debt forgiveness, otherwise referred to as a ‘jubilee’:

About the Author
Christina Sarich is a staff writer for Waking Times. She is a writer, musician, yogi, and humanitarian with an expansive repertoire. Her thousands of articles can be found all over the Internet, and her insights also appear in magazines as diverse as Weston A. Price, Nexus, Atlantis Rising, and the Cuyamungue Institute, among others. She was recently a featured author in the Journal, “Wise Traditions in Food, Farming, and Healing Arts,” and her commentary on healing, ascension, and human potential inform a large body of the alternative news lexicon. She has been invited to appear on numerous radio shows, including Health Conspiracy Radio, Dr. Gregory Smith’s Show, and dozens more. The second edition of her book, Pharma Sutra, will be released soon.

This article (NESARA: The Legislation that Almost Freed us from Debt Slavery) was originally created and published by Waking Times and is published here under a Creative Commons license with attribution toChristina Sarich and WakingTimes.com. It may be re-posted freely with proper attribution, author bio, and this copyright statement.
~~ Help Waking Times to raise the vibration by sharing this article with friends and family…

OUT OF MIND » THE INSANITY OF REALITY » GOVERNMENTS & THE NEW WORLD ORDER » NESARA: The Legislation that Almost Freed us from Debt Slavery

» FULL (of it) Benjamin blablabla Fulford 4-27-20… Babylon has fallen as rent and debt payments stop while debt slaves are freed
» Thousands Are Being Freed of Debt by ‘People’s Bailout’
» Friday, September 14, 2012 NESARA DEBT FORGIVENESS HAS STARTED - MORTGAGES BEING PAIDED OFF This is an update to the following posting.
»  http://nesara.co/:"All of the information on this website has been provided by the KOS. Please share this widely. There have been many websites on NESARA providing disinformation. This is a Divine Gift. The TRUTH about N.E.S.A.R.A. Law".
» Greek Debt Committee Just Declared All Debt To The Troika "Illegal, Illegitimate, And Odious"