OUT OF MIND » PERCEPTUAL AWARENESS » THE SHIFT IN CONSCIOUSNESS » The Solstice Combines With a Full Moon on 20 June, 2016 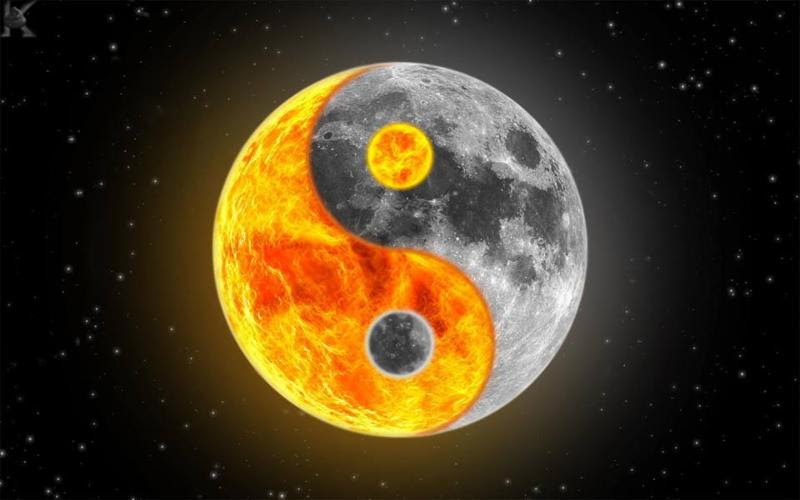 On June 20, 2016 we will have the Summer Solstice in the Northern Hemisphere. There are two Solstices each year - in June and December. The December Solstice is the day of the least sunlight in the Northern Hemisphere, and the Summer Solstice is the day of the greatest light. The Summer Solstice is a scorching day, drenched with fire and marking the brightest and most active part of the seasonal year.
This year the June Solstice is accompanied by a Full Moon, which is the highest light of the 28-day lunar cycle. So both of the 'great lights' in our skies, our constant companions, will be at peak shining and so we will receive a blast of bright light.
Metaphysically, the Sun represents the conscious mind, the left brain the rational and the logical. It's usually seen as a more masculine (yang) energy. It is active, energetic and lives while the day is long, making hay and playing in the wild open energies. It believes what it sees and ignores the shadows. It can be compared to the 'ego' or little self that is so often criticized - but like the Sun we need this energy to function on earth. It just runs amok sometimes, sometimes because we ignore the other half of the sky... the moon. 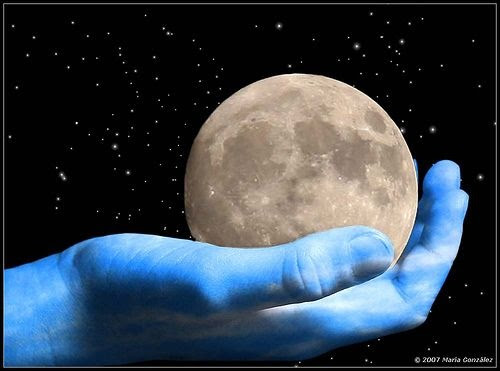 The Moon represents the unconscious mind, the right brain, the creative and 'feeling' state. It's seen as a more feminine (yin) energy. This is the part of us that is alive during the soft darkness of night-time, when the silver light gently illuminates - the kind of light that makes it easy for uncomfortable truths to hide in the play of the shadows. So here we have the keeper of the Shadow aspects of life and of ourselves. This material 'is hidden from the conscious mind and often avoided, but it is a rich treasure chest of creativity and depth that can only come from the nuance of understanding both light and dark and being comfortable in the grey twilight.

Now on June 20 both of these lights will be at their peak. It's a moment of balance of the two hemispheres of the brain, of the masculine and feminine, and the light and dark. Because the Sun is bigger, it's full force of light does, in the final analysis, outshine the dark ... but the dark is still strongly represented because the Moon cannot be ignored when it is totally lit up like a Christmas tree! 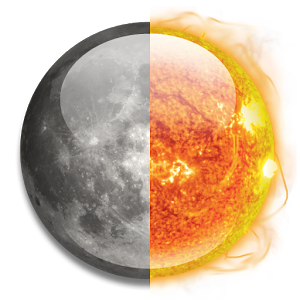 This day is a great opportunity to seek balance in the midst of an almost destabilizing outpouring of light. Blinded by the Light? - and yet thrown into pure balance. It's a paradox for sure.

This is not like the Equinox balance of light and dark (the two Equinoxes each year occur in March/Spring and September/Fall) At the Equinox, the eternally polarized energies on earth are exquisitely balanced for one stunning moment. But June 20th's Solstice/Full Moon simultaneous timing is more like the Moon (the Shadow) undeniably holding it's own with the Sun (Light) and receiving the Sun's full illumination right when it is looking it square in the eye from across a crowded room. We can look through our emotions to think our way through them, as the Witness. And we can work with the objective qualities of our mind that work for us, and burn off the dross of the 'monkey mind' that pulls us down.

Take time to meditate on this day. Summer Solstice is always a day of joyful celebration as we are beckoned out into the ripening fields and the high energy of golden days. And the Full Moon also brings us out to party and dance in the moonlight in the mysterious forest of our dreams. But take some time to meditate on this day, even if you are itching to get out there and move it move it move it!

Imagine this in your Mind's Eye: the Sun, the Moon opposite the Sun, and the Earth in-between. Then the brightest light of the year beams from the Sun across Earth to the Moon, lighting it up with abandon. Then the Moon reflects that Light to US (the people of planet earth) in ways that are entirely easy to grasp even by our most primitive selves. It converts it for us so that even our vulnerable frightened selves can somehow grasp it. What are you receiving? What do you hear, feel, see, KNOW? What is illuminated? 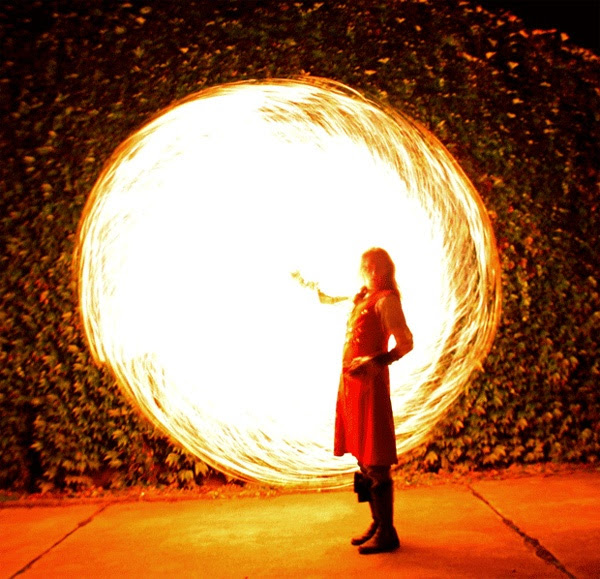 Remember that the Light drives out what is hidden, and the lit-up unconscious reveals our dark side for transformation. Notice the issues showing up in your life - you know the ones, the ones that your conscious mind seems to go over and over and over again like a hamster on a wheel!

The other thing about the Summer Solstice is that it is a tipping point. The Sun seems to STOP for a moment, then begins to shift slowly back into greater darkness. This is your moment in the Sun! And like the Sun, PAUSE to bask in it. Then allow yourself to turn with acceptance to embrace the darkness that lives within you. So much is 'hiding' there in that darkness - but (another paradox) it holds breath-taking awakening. It feels frightening, but the truth is - it is the most powerful form of light, trapped by fear.

The other thing about the Full Moon is that it is often a very emotional time. (Remember this: If you are ever flooded with emotion during a full moon phase, you are onto something!) On June 20th The Moon is in the sign of Capricorn and the Sun is in the sign of Cancer. Cancer is a very emotional sign. Emotions here are building blocks, they can be integrated into something new, a new form (as Capricorn desires to do). Just take it easy, stay grounded, and watch for solar flares as the sun sometimes throws us a flare or two while the Solstice window is blaring...
Read more: Carol Ann Ciocco's Newsletter

OUT OF MIND » PERCEPTUAL AWARENESS » THE SHIFT IN CONSCIOUSNESS » The Solstice Combines With a Full Moon on 20 June, 2016