OUT OF MIND » THE INSANITY OF REALITY » GOVERNMENTS & THE NEW WORLD ORDER » Politicizing The Timely Murder of MP Jo Cox. Is The EU Running Scared? #BREXIT

Jo Cox ‘was preparing report on far-right nationalists and rise of Islamophobia’
MP was working with charity investigating rise in Islamophobic incidents in Britain
Harry Cockburn
1 hour ago
Labour MP Jo Cox was preparing a report for Parliament on the rise of Islamophobia and the dangers of aggressive nationalist radicals before she was killed outside her constituency surgery, it has emerged.
The mother of two died after being shot and stabbed in the street in Birstall, West Yorkshire.
The 41-year-old had recorded a video in which she spoke about preventing Islamophobia and said that in her constituency “many of our young women don’t feel safe when they’re out on the street”, according to the Times.
The video and report were both planned to be launched on June 29.
Ms Cox worked on the report with Tell Mama, a charity that monitors anti-Muslim incidents in the UK, and has warned of a surge in aggression and Islamophobia in the past year.
Tell Mama director Fiyaz Mughal told the Times that the organisation’s annual report would detail the escalation in anti-Muslim action in the UK last year.
He said significant clusters of far-right activity during that time had been in Yorkshire.
Mr Mughal said: “In the last 18 months South Yorkshire is one of the leading areas in the country [for Islamophobic incidents].”
Meanwhile, 77-year-old Bernard Kenny, who was stabbed in the abdomen while trying to help Ms Cox, remains in hospital with serious injuries.
Thomas Mair, 52, from Birstall, appeared at Westminster Magistrates’ court on Saturday, charged with murder, grievous bodily harm, possession of a firearm with intent to commit an indictable offence and possession of a knife.
Mair gave his name to the court as “death to traitors, freedom for Britain”, and was remanded in custody until June 20 when a bail application will be heard.

See also here. And here. And here. And here.
Jo Cox was set to address parliament later this month about a surge in anti-Muslim attacks, especially against women, it has been revealed: here.
Syrian activists are paying tribute to Jo Cox, the UK Labour MP who was allegedly killed by the Neo-Nazi-affiliated Thomas Mair, The Independent reported Friday: here. 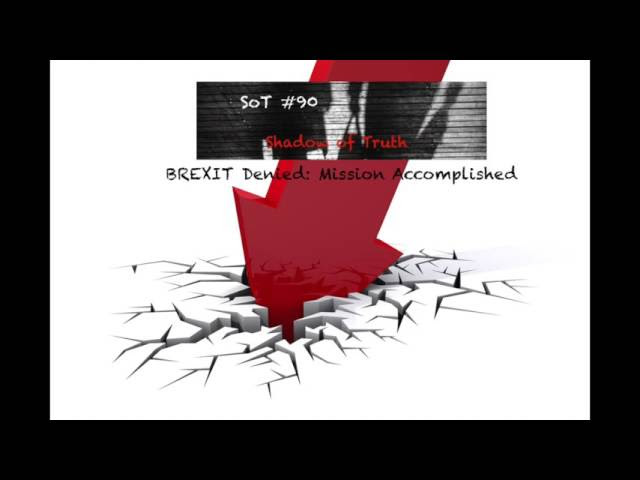 Posts : 1417
Join date : 2014-01-03
Location : England
I have refrained from adding any comment to the circus currently going on. A death in such a manner is not something to wish upon someone no matter how dark their mindset and vision.

Nope Brexit getting mighty angry at the new depths little dave and chums are sinking to. And an open question

So where the friggin flying f*** is this womans husband?

He is busy sending pictures out online

Something stinks about all of this

Thanks for the forward bs4!

OUT OF MIND » THE INSANITY OF REALITY » GOVERNMENTS & THE NEW WORLD ORDER » Politicizing The Timely Murder of MP Jo Cox. Is The EU Running Scared? #BREXIT