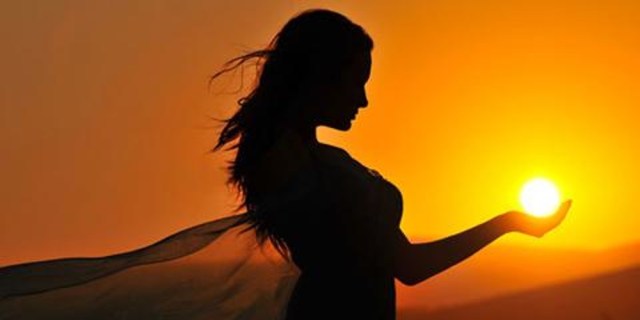 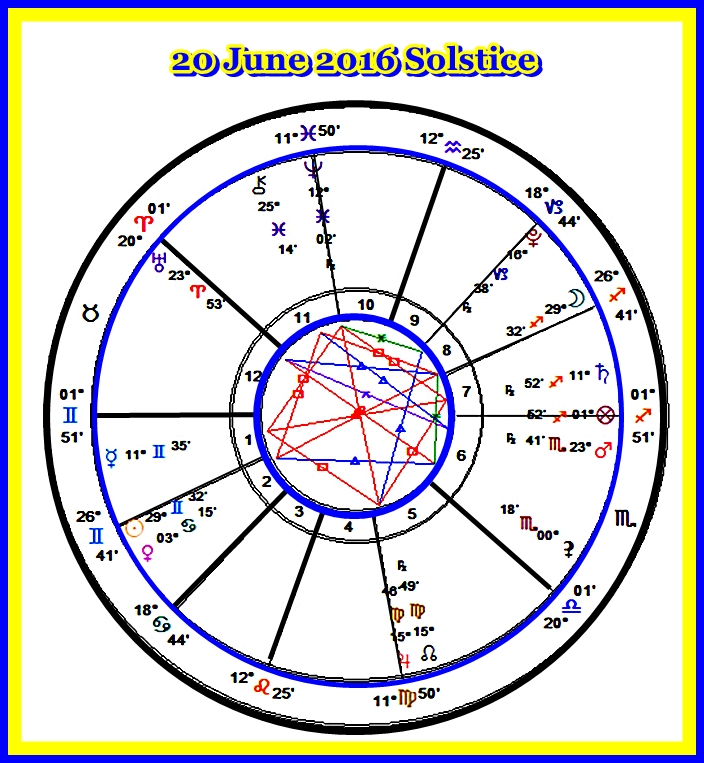 By James Tyberonn, www.earth-keeper.com
June 20th & 21st Solstice
The solstice comes on June 20, 2016 at 22:34 UTC
On the Full Moon & Galactic Grand Cross
Todays Solstice is not simply a once in a lifetime mega solstice, it is in fact a once in an epoch event.
Solstices normally have a 7-day window, similar to that of an eclipse. However in this June 20-21 solstice we have an astro elongated primary influx window that will stream in extraordinary cosmic energies for a period extending to the New Moon of July 4th.
The solstice comes on June 20, 2016 at 22:34 UTC.
For USA & North American time zones :
June 20th :
12:34 PM ( Midday Hawaii)
2:34 PM Anchorage Alaska
3:34 PM Pacific Daylight Time
4:34 PM Mountain Daylight Time
5:34 PM Central Daylight Time
6:34 PM Eastern Daylight Time
Guatemala – 4:34 PM
Mexico City 5:34 PM
Sao Paulo Brasil 7:34 PM
Buenos Aires Argentina 7:34 PM
Vancouver Canada 3:34 PM
Alberta Canada – 4:34 PM
Ontario Canada 5:35 Pm
St Johns NF & Montreal Canada – 6:35 PM
London – 23:34 ( 11: 34 pm)
Next Day June 21st:
Amsterdam & Brussels : 00:34 AM
Zurich, Madrid & Paris : 00:34 AM
Joberg South Africa 00:34 AM
Moscow & Bucharest Romania 01:34 AM
Hong Kong 06:34 AM
Sydney Australia 08:34 AM
Auckland New Zealand 10:43 AM
The amalgamation of energies combining in this extraordinary Mega-Solstice of June 2016 join to open a Cosmic Portal that will flood the planet in vital Life-Force units termed as ‘Akash’ or ‘Adamantine Essence’. These are Metatronic particulates of creation.
In concise terms, this is a phase in which astonishing dimensional apertures occur, allowing for extremely rare facilitation & acceleration of co-creation & vision. Use this time ! Seize this day !
It is a time to be utilized for manifesting one’s highest goals. By focally visualizing in prayer meditation in theta mind, one may achieve miraculous results. There is an acceleration due to the fertile downpour of life force-units in the solstice window. In 2016 this influx is occurring in an exponentially higher multiplication factor, meaning that focal visualization during this solstice apex can yield in one hour, what otherwise would require far more dedicated time.
Solstices have always recognized as ‘energy gates’. That is why solstices were highly revered by the ancients as holy days of prayer, visioning & fasting.
The term solstice is derived from the Latin term solstitium. Containing the Latin sol- meaning “the sun” and sistere meaning ‘to make stand or stop.’
During this brief time of solar pause, 3d-time is briefly suspended, actually pausing for an infinite moment, the passage of linear time in the dimensional fabric of space.
In this paused window, an infinity gate opens allowing for life force creative particulate, Adamantine Essence, to flow into the earth-plane from ultimate Metatronic source, from Tula, the Great Central Sun. Generator of sacred geo units of life code, forming all universes.
This window allows for the opportunity to manifest reality in visualization. It is also a time to self-review, for in this ‘solstice-aperture’ insight is extremely lucid. Dimensional travel to higher realms of self is particularly enabled. And you will perhaps be stimulated, celestially bolted from in this intensity to concentrate on what you wish to accomplish with the remaining time & creative opportunities in front of you. This is a day in which any focus, any high vibrational visualization of one’s noble goals may yield 100X results.
This ‘Co-Creation’ Solstice opening may be compared to, considered as a celestial Phi Vogel Crystal in terms of its utterly astonishing ability to amplify high intent, to manifest noble focal thought… for it is fertile in Akash ! The essence of creation force.
The quantum of influx of creative-unit energy in this 2016 Galactic Cross, Rose Full Moon June Solstice is far greater, than any prior such apertures of your present era.
Use this time. The unusual alignments, occurring are truly exceptional. This is no ordinary day ! Seize it !
JT
Astrologist Kyrona Writes:
Quote: We are at the turning of a Great Age right now – it is a truly incredible time to be alive! One of the ways we know that we are in such a potent time is that the Summer/Winter Solstice Sun is rising on the Galactic Cross near the Galactic Edge. Such Solstice Alignments one the Galactic Cross occur about every 26,000 years and last for at least 72 years – as that is how long it takes the Sun to move 1 degree through the backdrop of the stars. Leading astrologers have suggested that using the 72 year window this shift began in 1962 and ends in 2030. When considering an entire 26,000 year Great Year of time – it is however reasonable to consider a period of time that equates to the sun rising one degree on either side of the exact center point of the galactic cross. By this measure we create a 144 year window, 72 years on either side of the exact alignment point. The exact center point was calculated by astronomer John Muess as occurring in 1998. Using this calculation when we calculate 72 years before and after – the window began in 1926 and lasts until 2070. In the big scheme of things – regardless of what the exact dates of this Grand Cross Solstice convergence, what YOU need to know is that the Turning of the Ages, as shown by the Solstice Sun rising on the Galactic Cross, is a VITAL EVOLUTIONARY PROCESS created by the divine hand of source. And in this moment of the June Solstice 2016 we are near the exact center point of this Turning of the Ages process – so the STARGATE is open to its widest aperture! We are being ‘LIGHT’ up by starry ascension codes like never before! ” Unquote..Kyrona

IMPORTANT COPYRIGHT NOTICE:
Artist Copyright – All original works of art by Goldenlight/Lightworks Art within this web site are copyrighted ©Lightworks Art/The Golden Light Channel and are protected under U.S. copyright laws and international conventions. No portion of Goldenlight’s artwork may be used, downloaded, published, printed, or reproduced using any means, copied, linked to, or transferred electronically, without prior written permission from the artist, unless it is being reposted in one of Goldenlight’s messages and was used in the original channeling (check websitewww.thegoldenlightchannel.com).
All messages from Goldenlight on this site are also copyrighted ©The Golden Light Channel, www.thegoldenlightchannel.com. Repostings must include this copyright and credit at top and bottom of post and include the entire message without alteration when re-posting. Permission is not granted to use these messages in custom YouTube videos, any copyright violation of this will result in a copyright infringement.