OUT OF MIND » TRUTH IN CONSPIRACY THEORIES? » HISTORIES MYSTERIES » Giant Axes and Hammers Baffle the Experts 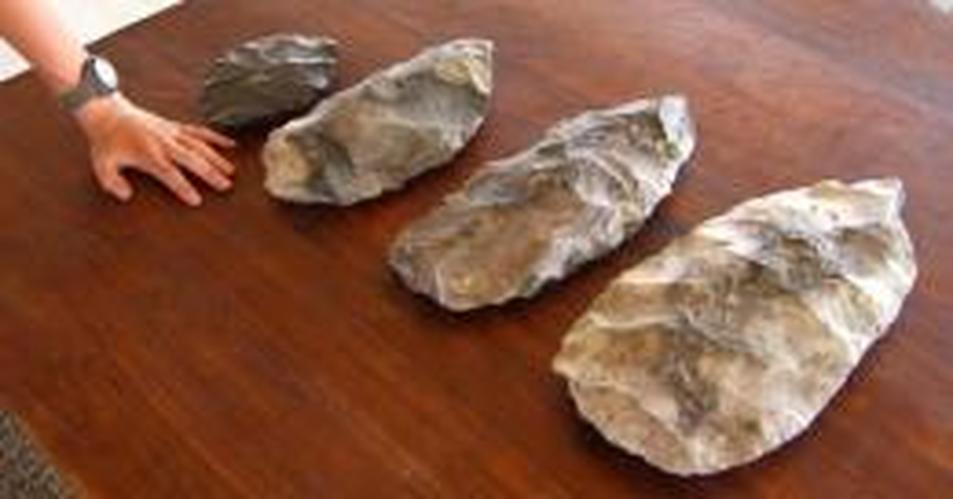 ​Apparently, these are the largest stone tools yet found and there have been many huge ones around the world. Who wielded these, do you suppose?

A 60-pound sledge hammer would look like this and be impossible for us to wield. Yet, such a hammer (64 pounds) was found in Great Orme Mines in Wales. It is extrapolated that such a being would need to be 12-15 feet tall to wield that safely and efficiently. ​​ 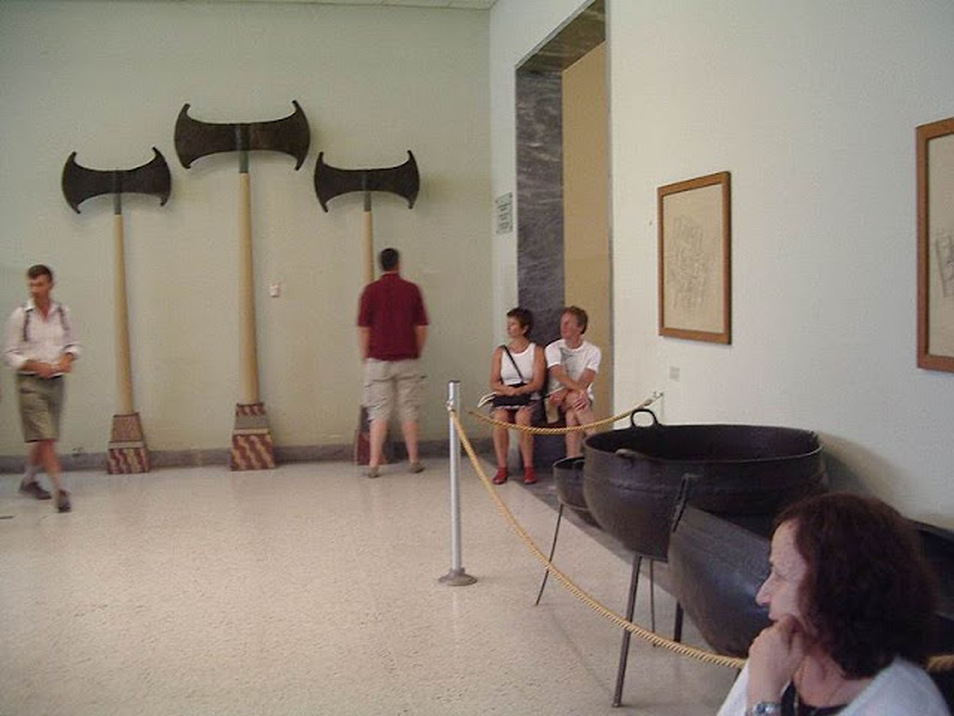 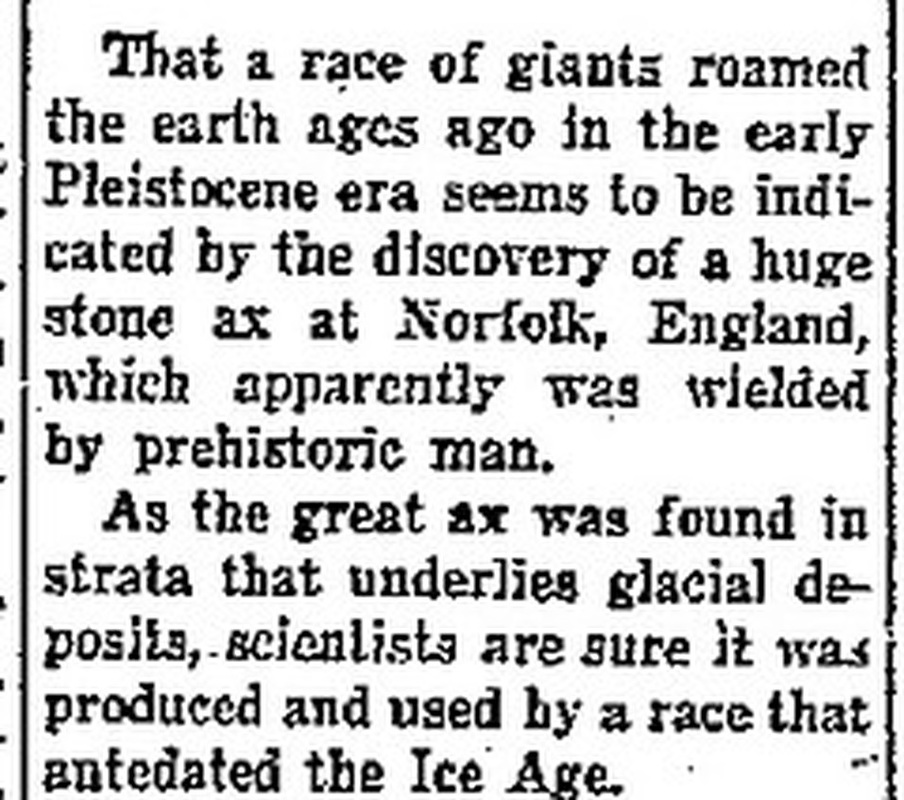 ​Giant Hand-Axe from Sheringham, Norfolk. An altogether remarkable and gigantic hand-axe, discovered embedded in the beach below Beeston Hill, Sheringham, by Mr. J. P. T. Burchell, has been figured and described by Mr. J. Reid Moir (Proc. Prehistoric Soc. East Anglia, 7, Pt. 3). The implement measures in its greatest length 15J inches, in greatest width 6J inches, in greatest thickness 5J inches. Its weight is approximately 14 lb. It was derived originally from the base of the Cromer Forest bed, which rests upon the surface of the chalk.

The implementiferous bed runs in beneath the Forest Bed strata and the glacial deposits which form the cliff, some 200 ft. in height. The material of the axe is of flint, the colour of the flaked surfaces being jet black.

The ridges and outstanding parts are abraded, and it is striated in places. There is a small area of the cortex remaining, which shows a ferruginous staining. It is a specimen of the ‘platessiform’ type, that is, rhom-boidal in section in the anterior portion and showing the remains of both the dorsal and ventral planes or platforms of the rostro-carinate stage.

In two other specimens cited for purposes of comparison, coming from East and West Runton, one is clearly of the “‘platessiform’ type, but the ventral plane is partly transformed into a cutting edge, while the second is equally clearly of the ‘batiform’ type, in which the section through the anterior portion is triangular in section, the lower angles of the triangle representing the cutting edges. Hand-axes showing these characteristics have been discovered not only in England but also widely distributed over the earth’s surface.

The numerous specimens discovered in the basement bed, belonging to the early Pleistocene epoch, are as highly specialised as are those of any later prehistoric period and represent a very definite and necessary stage in implemental development. No adequate explanation of the purpose which the gigantic size of the Sheringham axe could serve has been offered. 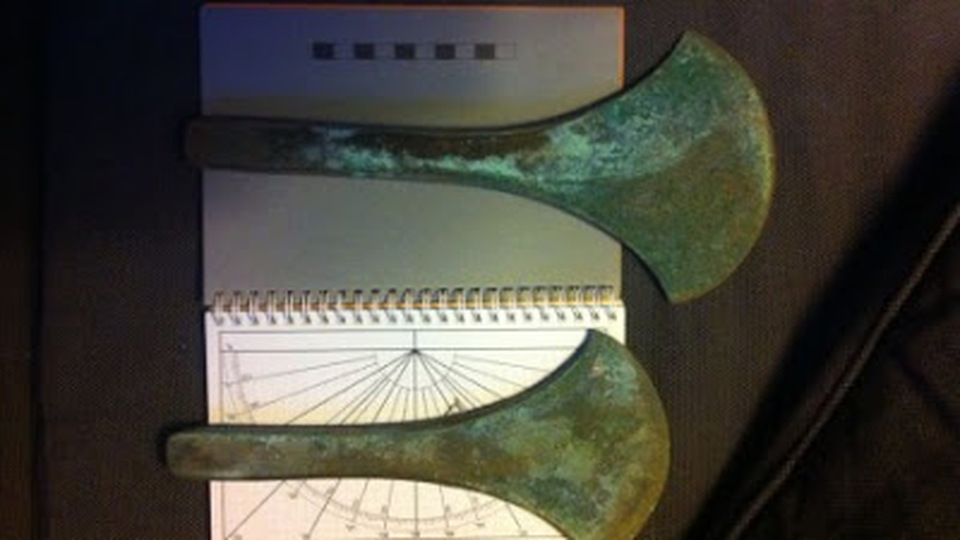 (Above)A farmer in Denmark made a most impressive find of 16th Century BC axes that weighed twice what axes today weigh and were over a foot long. The purity of the metal confused those who examined them and they are being prepared to be placed in a museum 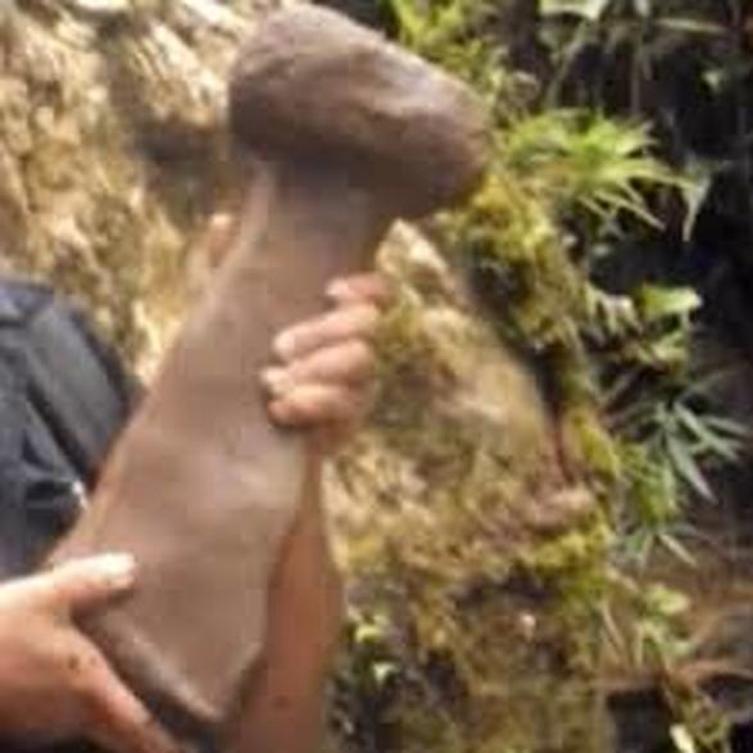 ​Scattered around the area were a great many artefacts of stone and of pottery (seemingly now all stolen in recent months). Many of these objects appeared to be stone tools that could have been used either in mining or refining some kind of metal ore.

Amongst these tools are some that would be extremely difficult for a normal size human being to use in any practical fashion, this has led to a strong suspicion that this is one of the legendary lost cities of the giants, well known in local Ecuadorian legends about the Amazonian area, such places generate great fear among the members of today’s jungle tribes as they are believed to be protected either by spirit guardians or by beings not of this world.

​Many explorers have gone into the jungles around this area and failed to return – it is certainly known to be dangerous to enter for the foolhardy traveller. Even the most expert explorers have vanished without trace in the hunt for lost cities and the supposed existence of immense treasures to be found.

​These swords above were found in Finland by some metal detecting enthusiasts, along with a body that was fairly well preserved. He was buried with a Viking era sword (the small one) and this enormous sword of unknown origin....

It would appear that ancient man was either very ambitious in the design of some of his implements which would not be ergonomically feasible, or these gigantic implements were not made by Homo sapiens. Considering the amount of work that went into making these implements, frivolous reasons seem to be low on the list.

So, who made them and what were they like? What did we as Homo sapiens learn about making swords, axes and hammers, mining and building with stone from this previous form of man? Perhaps we should start looking at some "inferior" forms of megalithic structures and tools and see if perhaps that was Homo sapiens formative years of imitating the creators/masters? Eventually, we should be able to know who to credit for amazing finds - the local Native people or the originators.

OUT OF MIND » TRUTH IN CONSPIRACY THEORIES? » HISTORIES MYSTERIES » Giant Axes and Hammers Baffle the Experts