OUT OF MIND » PERCEPTUAL AWARENESS ~ WELCOME TO WOOVILLE » THE SHIFT IN CONSCIOUSNESS » Is Consciousness a Product of the Brain Or Is the Brain the Receiver of Consciousness?

Admin
Posts : 99430
Join date : 2012-01-04
Location : Woodstock Nation
Is Consciousness a Product of the Brain Or Is the Brain the Receiver of Consciousness? 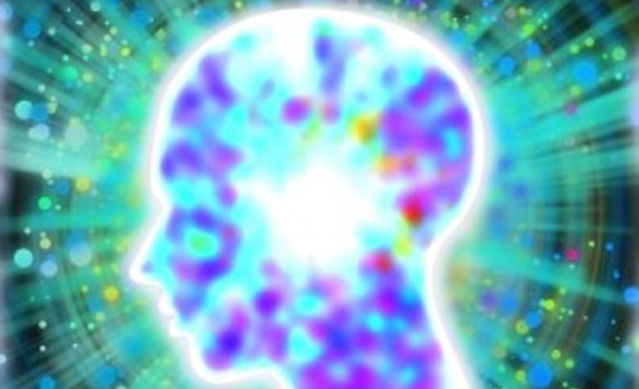 It’s great to see that in today’s day and age, multiple prominent scientists from all over the world have started to study and examine several different areas that deal with non-physical phenomenon and human consciousness. Truth is they’ve been doing it for decades, but it’s just now starting to receive the recognition it deserves.

“It was not possible to formulate the laws of quantum mechanics in a fully consistent way without reference to consciousness.”
– Eugene Wigner, theoretical physicist and mathematician. He received a share of the Nobel Prize in Physics in 1963

1. The Modern Scientific Worldview And Why It Can Be Limited

Most modern day mainstream science is a science that operates under the assumption that matter is the only reality. Today, this notion is known as “scientific materialism.” Fortunately, this view is disappearing at a fast rate given the fact that quantum physics has shown us that what we perceive as our physical material world, is not really physical at all.
“If quantum mechanics hasn’t profoundly shocked you, you haven’t understood it yet. Everything we call real is made of things that cannot be regarded as real.”
– Niels Bohr, physicist who made foundational contributions to understanding atomic structure and quantum theory, for which he received the Nobel Prize in Physics in 1922

At the turn of the nineteenth century, physicists started to explore the relationship between energy and the structure of matter. In doing so, the belief that a physical, Newtonian material universe that was at the very heart of scientific knowing was dropped, and the realization that matter is nothing but an illusion replaced it. Scientists began to recognize that everything in the Universe is made out of energy.
Even with the what quantum physics has shown us:
“Despite the unrivaled empirical success of quantum theory, the very suggestion that it may be literally true as a description of nature is still greeted with cynicism, incomprehension and even anger.”
– T. Folger, “Quantum Shmantum”; Discover 22:37-43, 2001)
Not to say that “scientific materialism” has not been tremendously important. Various modern day scientific breakthroughs and advancements have stemmed from it. The problem with it is that it absolutely dominates modern day scientific academia, and as a result it has severely hindered the examination and development of the science of non-physical phenomenon, like consciousness.
“At the end of the nineteenth century, physicists discovered empirical phenomena that could not be explained by classical physics. This led to the development, during the 1920s and early 1930s, of a revolutionary new branch of physics called quantum mechanics (QM). QM has questioned the material foundations of the world by showing that atoms and subatomic particles are not really solid objects—they do not exist with certainty at definite spatial locations and definite times. Most importantly, QM explicitly introduced the mind into its basic conceptual structure since it was found that particles being observed and the observer—the physicist and the method used for observation—are linked. These results suggest that the physical world is no longer the primary or sole component of reality, and that it cannot be fully understood without making reference to the mind.” (1)
– Dr. Gary Schwartz, professor of psychology, medicine, neurology, psychiatry and surgery at the University of Arizona

Scientific Evidence Suggests Consciousness Could Originate Outside The Brain

Today, there is not enough scientific evidence to conclude that the brain creates consciousness, and that point is elaborated on in the video above. There is also not enough evidence to say (with one hundred percent certainty) that the brain is simply a receiver of it. We do however have a number of scientific studies that have been published in various peer reviewed journals that indicate consciousness might actually not be a product of the brain, but something completely separate, and this should not be ruled out as a possibility or ignored by modern day materialistic science.
“Some materialistically inclined scientists and philosophers refuse to acknowledge these phenomena because they are not consistent with their exclusive conception of the world. Rejection of post-materialist investigation of nature or refusal to publish strong science findings supporting a post-materialist framework are antithetical to the true spirit of scientific inquiry, which is that empirical data must always be adequately dealt with. Data which do not fit favored theories and beliefs cannot be dismissed as priori. Such dismissal is the realm of ideology, not science.”  (1)
-      Dr. Gary Schwartz
One example could be the various controlled laboratory experiments that have documented that mediums (people who communicate with the minds of people who are physically dead) can sometimes access information about the deceased individual. This would support the idea that the mind is separate from the brain.
Another example would be the fact that conscious mental activity appears to continue after death. Some near death experiences (NDErs) have reported out of body experiences during cardiac arrest. In these cases, it’s interesting that these experiences have occurred when there is no electrical activity in the brain following cardiac arrest.
One of the best examples (in my opinion) is what’s called parapsychological (psi) phenomena. This type of phenomena has demonstrated that we can receive information without the use of our senses, that we can mentally influence physical devices and living organisms by using our consciousness. Research has also shown that some people have the ability to project their consciousness outside of our body and view another remote location Research has suggested that distant minds may behave in ways that are non-locally correlated.
“These events are so common that they cannot be viewed as anomalous nor as exceptions to natural laws, but as indications of the need for a broader explanatory framework that cannot be predicated exclusively on materialism.” (1)
– Dr. Gary Schwartz

We would love to hear your thoughts on this topic in the comment section below. Do you think consciousness is a product of the brain, or do you think consciousness is something that “plays” outside the realm of the human physicality?
You can view some of this research, published in scientifically peer reviewed journals HERE. CE has also written well sourvced articles about psi phenomenon in depth in the articles listed below:
1. Consciousness Creates Reality – Physicists Admit The Universe Is Immaterial, Mental and Spiritual
2. 10 Scientific Studies That Prove Consciousness and our Physical Material World Are Intertwined
3. Precognition: Science Shows How our body Reacts to Events up to 10 Seconds Before They Happen
4. Buddhist Monks Bless Tea With Good Intention – Here’s What Happened
5. Scientists Demonstrate Remarkable Evidence of Dream Telepathy
6. Fascinating Study Shows Human Intention Can Help Heal Cancer Patients
7. The Placebo Effect: Transforming Biology With Belief
8. Scientists Observe Man Fly Out of His Body and Into Space – What He Saw Was Remarkable
9. Worlds Largest Scientific Near Death Study Finds Consciousness Continues Several Minutes After Death
10. Nothing is Solid and Everything is Energy. Scientists Explain The World of Quantum Physics
11. Scientific Study Shows Meditators Collapsing Quantum Systems At A Distance
12. What Science is Telling Us About The Heart’s Intuitive Intelligence
13. Psychokinesis: Another Example of How Consciousness and Reality Are Intertwined
14. Scientists Quantify and Graphically Chart Energy of Human Chakras In Various Emotional States
Sources:
(1) http://www.opensciences.org/files/pdfs/Manifesto-for-a-Post-Materialist-Science.pdf

OUT OF MIND » PERCEPTUAL AWARENESS ~ WELCOME TO WOOVILLE » THE SHIFT IN CONSCIOUSNESS » Is Consciousness a Product of the Brain Or Is the Brain the Receiver of Consciousness?