Check Out This Rainwater Harvesting and Purification System

Check Out This Rainwater Harvesting and Purification System Fri Jun 24, 2016 10:17 am

Check Out This Rainwater Harvesting and Purification System 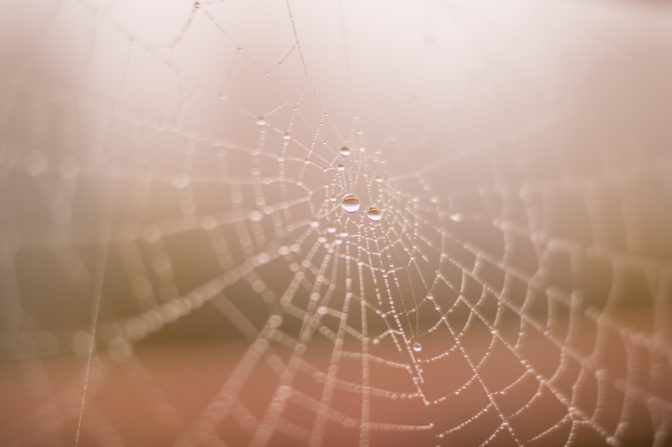 Posted by Sharing Sustainable Solutions
In January 1996 we installed a rainwater catchment system to capture Oregon’s abundant rainfall. Portland receives between 3 and 4 feet of rainfall annually. During a gentle rain a typical Oregon downspout sheds several gallons per minute. Our approximately 1000 square foot roof captures on average 3000 cubic feet (22,500 gallons) of water per year.
In 1998 we received approval from the city of Portland to use this water for all household use. This system, which cost less than $1,500, consists of the following components:
* A 1500 gallon plastic cistern, approximate cost: $500. Purchased from Northwest Irrigation, Tangent, Oregon, 541-928-0114. Contact local agriculture/farm stores for best prices.

* A 1/2 horsepower shallow-well pump to pressurize the water to between 20 and 30 psi (pressure is adjustable), approximate cost: $250. I utilized a Jaccuzzi brand pump.

* An ultraviolet light sterilizer rated at 10 gallons per minute. It is capable of sterilizing water at its rated flow. This appliance was recently approved for use in Oregon. I used the PURA (1-800-292-PURA, Valencia, California) model UV20-1, cost approximately $350. Uses about 40 watts. Fluorescent ultraviolet light rated at 9600 hours, about one year of continuous use. Replacement cost of fluorescent tube: about $80.

* Screen covering the cistern to prevent entry of mosquitoes and to catch any large particles that make it past the gutter screening.

* A roof-washer which wastes the first 12 gallons of captured water which has “washed” the roof. Simple plans are described in the Texas Guide (page 11) referenced below; it describes a vertical length of 6″ plastic pipe (with a drainage faucet and cleanout at the bottom) which intercepts the initial flow from the roof. Once the pipe has filled, the rest of the water flows to the cistern.

* A reduced pressure backflow prevention device. This was required by the city to “protect” the public water system from accidental flow of rainwater into the public system. Cost: $120. This would not be necessary if we used rainwater exclusively. However, Oregon has very dry summers and our cistern is exhausted by July. We currently depend on city water during the summer.

Maintenance consists of keeping gutters and cistern screen clean. Filters and ultra-violet lamp will need periodic replacement. The tank is thoroughly cleaned annually in the summer when it empties. Backflow
prevention device requires annual inspection. Public health authorities recommend periodic testing of water for fecal coliform bacteria, as for any private water system. A recent test showed none.
At the current time we continue to use the public water supply for summertime water and occasional drinking and cooking. In fact, during the rainy season, which lasts from about September to June, our only
connection to the public utility is one faucet at the kitchen sink which uses less than one gallon per day, which got us into hot water with the city water bureau. Meanwhile, our rainwater meter has shown total
household consumption of less than 60 gallons per day. This includes all bathing, dishwashing, laundry, watering of houseplants, small amount of outdoor use, and an occasional toilet flush by guests.
One notable advantage of rainwater is its softness. Rainfall in the Portland area contains about 5 mg/liter of dissolved minerals. Compare this with some hard groundwater which exceeds 500 mg/liter. Portland
city water is rated at 18 mg/liter.
In my research on rainwater catchment systems, I have not come across any detailed design guidelines available on the internet(update see bottom of page). However, the Texas Water Development Board publishes the free Texas Guide to Rainwater Harvesting. They can be reached at telephone 512-463-7955.
According to two officials in Alaska and Hawaii with whom I have communicated, there is a long established tradition of rainwater collection in some parts of their states. According to Sourcebook
Harvested Rainwater, in some areas of the Caribbean, new houses are required to have rainwater capture systems. Hawaii apparently is currently developing (or has already developed) guidelines. In Oregon,
there is no regulation of water quality for individual residences — this is left up to the homeowner.
————————————————————————
Rainwater Harvesting and Purification System / Feedback welcome / revised October 8, 1998
Check out “rainharvester.com” for design info (update july 21, 2003)
Originally posted @ Sharing Sustainable Solutions

» The Trick of Holographic Consciousness, The Camera Viewing Itself, Duality and Suffering in a Soul Harvesting System
» How to Collect Rainwater without Gutters or a Roof
» The Golden Light Channel – White Hat Auziliary – Fact Check Center – Fact Check #115 – A Most Important Message To All – 4-5-14
» WHITE HATS AUXILIARY and FACT CHECK CENTER - Fact Check #143
» Couple Forced to Destroy 40yo Pond on Their Own Property Because Govt Owns the Rainwater