This article was written by Marc Angelo Coppola

Foreword: I (nor Soulhiker or any of it’s representatives) do not condone anyone doing any psychoactive substances of any kind without doing their own research and understanding the risks involved. I also believe many drugs can be and are extremely dangerous regardless of their powerful effects and mind expanding abilities – this isn’t something to be taken lightly. We also do not endorse or condone anyone breaking the law in any way shape or form. This is purely an opinion and conversational piece based on my experiences and might not apply to you or anyone else.
For years I have been hiding something from the general public. From colleagues and clients – to “parents” and some friends and family it seems like it was the unspoken skeleton in my closet that just needed to stay there.
Throughout my life I spent many nights in empty parking lots or in park making sure to always keep an eye out over my shoulder.
What was I hiding?
Well, it’s simple: Marijuana. Mary Jay. Cannabis. Weed. Ganja, or whatever slang you subscribe to.
You see, in my youth weed changed my life and chances are it has changed yours too.
I can remember the first time I smoked this “illegal” substance everyone had been so hush hush about. I remember being so aware that this could get me expelled from school or into some really deep trouble with my parents, but I didn’t care. Indeed, it was the very fact of its illegality that made it even more appealing. I’m pretty confident that if they wanted to reduce pot smoking rates, all they would need to do is make it legal… but I digress.
Anyways, a close friend and I fumbled around trying to roll a joint – quite poorly I might add – all the while trying to calm our shaky nervous hands in order to put together what would become a life changing spliff.
The laughs and munchies that ensued for many years after that moment were all worth it. Cannabis use had actually led me to begin to question the world around me – the authority of the law and our government – and wonder just what else they might be hiding from us. It sent me barreling down a path of no return.
In the early days it surely inspired a whole lot of questionable decisions and “high-ideas” including: McDonald’s consumption – ridiculously unhealthy video game binges – some epic “journeys” and wanders off into the wilderness of suburbia – and a couple of run-ins with the cops.  But hey, it was also a cheaper and healthier substitute to drinking heavily in bars!
However, as my life progressed, my mind matured and my perspective continued to shift and grow. I realize now that I wouldn’t be half the man I am today if it wasn’t for the fact that I had smoked that questionably rolled joint a few years ago. It led me to discover psychedelics (YES AS A GATEWAY DRUG TO AWESOME MIND EXPANSION & LIFE CHANGING PEAK EXPERIENCES) that also helped me see the world and everyone and every living and “non-living” thing in it as connected, and even lead me to the solutions I now spend my life pursuing at The Valhalla Movement and Superhero Academy.
Not everyone escapes unscathed from their experiences with Cannabis though…
As I saw teenagers get in trouble for it all the time, and observed the violence of the drug war smeared across the news (you gotta admit some of those commercials are hilarious though), I couldn’t help but feel it was all silly. It’s my body. Why don’t I even have the free reign to choose what to do with it?

So, many years ago I decided to do some research and what I found was shocking. You see, cannabis being a schedule 1 drug in America is about more than public safety. It’s really about $$$. Whether it be the military industrial complex being funded through things like the DEA and law enforcement both domestically and abroad to fight “The War On Drugs,” to the prison system destroying lives (especially of marginalized minorities and the less fortunate) in pursuit of more sentences, jobs, and prison privatization, it all comes down to money.
Crushing hemp as an alternative to the paper and forestry industry was another reason marijuana got a bad reputation, and even Big Pharma didn’t want knowledge of the health benefits of cannabis use to be widespread, because it would reduce the demand for their pills and patentable treatments.
The consequences of this oppression are huge. Between the drug cartels and organized crime, the countless people with family members needlessly behind bars, and the deaths of people fighting for “territory”, the government’s stance on marijuana is incredibly detrimental to its citizens. Being blatantly lied to about the safety of marijuana has lead to millions of people losing trust and confidence in their government.

The Tides Are Changing

Nowadays though it seems like the veil is being lifted.
Every single day new websites, scientific studies, and articles are all coming out in favour of the medical uses of marijuana, as well as the recreational benefits it has. Even politicians are starting to align themselves behind this movement, though for monetary reasons, and I ask that you maintain vigilance in your area of the world.
The straight truth is that Cannabis has been suppressed and stigmatized for years, and well, that’s why I decided to join a movement to promote people #ComingOutGreen hosted by Green Flower Media.
In fact I didn’t just help by just posting a picture of me holding a #ComingOutGreen sign or smoking a joint, but actually decided to volunteer to be a part of the official launch video of the campaign.
https://youtu.be/UKWmXU8eIq4
(No this is not a paid advertisement for anything nor do I have any stake in anything related to this, as nothing is being sold! I’m sharing this I want cannabis use to be something we can talk about openly like the weather or sports and seeing the flood gates opened on an unstoppable force…)
Now don’t get me wrong – our rights end when we infringe upon the rights of others, and neither I (nor Soul Hiker) condone or are promoting doing anything “illegal” – including things like driving while high (although I’d surely argue that your paranoia has you going at a snail’s pace on a highway, and you are more vigilant if anything) – but I do personally think that BOTH medical and recreational use of marijuana should be legalized in full.
There are numerous countries and states around the world that have taken this step with absolutely impressive results and it’s time this prohibition and suppression ends now…

So what do you say? Will you join me in coming out green?

Let me know what you think in the comments send your #ComingOutGreen photos/videos to stories (at) greenflowermedia.com 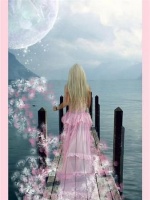