» Wildfires have erupted across the globe, scorching places that rarely burned before

» 12 Virologists Are Blacklisted, Censored And Banned From Speaking On Any Mass Media About Covid-19 'Vaccines', Pandemics, Or Viruses

Yesterday at 1:05 pm by PurpleSkyz

» Federal Judge Rules Students Can Be FORCED To Get COVID Jab

» WAYNE ROOT: I’m Not Anti-Vax, I’m Pro-Vax. But What if This Experimental Covid Shot is Killing People? Don’t Americans Have a Right to Know?

» Doorway to underground base on Mars ??

By Guest Writer Diamond Star Research
Just as we have those who would have us believe Planet X (the Brown Dwarf Dark Star) doesn’t exist or poses no threat in the near future, we also have those who tell us a canopied Earth is not possible and never existed. Well, the evidence for both says otherwise. For Planet X, see our Planet X webpage at our site or visit Planet X News to read articles giving overwhelming evidence.
As for evidence of a canopy, there are several reliable sources that indicate that a pre-flood water vapor canopy once existed on this Earth. Check out these articles:

The Earth at the present time has no canopy. But toward the end of the coming Storm of the Divine Chastisement – specifically during the great Purification by a rain of fire, the canopy will be restored once again. From our article, The Canopy Restored, comes this excerpt:

“…If the canopy is to be restored, where will the water vapors which are needed to form the canopy come from? We turn to the Third Secret of Fatima which according to Monsignor Conrado Balducci, says in part: ‘The waters of the ocean will turn to vapor, and the tide will rise and submerge everything…’ Here we seem to have an answer but yet an apparent contradiction: The oceans vaporize yet still rise.
“If the waters rise, it will be because of the melting polar ice caps and because the ocean waters will be thrown out of their beds by the violent shaking and even shifting of the Earth’s crust. This is only temporary as the main destruction will be by fire. This great fire has been described as ‘a sheet of fire’ or as ‘the Great White Fire.’ It will be so intense in heat as to melt rock and vaporize the waters of the oceans. This fiery conflagration will cover the entire Earth and as given to Julka of Yugoslavia and to Mary Ann in Necedah, cause the very atmosphere to burn white-hot.   The waters will become so hot that people who take refuge in them will burn instead of finding relief. A tremendous amount of water will vaporize into steam or mist and rise up into the heavens above the Earth.
This brings us again to the Third Secret of Fatima. There are two very similar accounts of this event in the Third Secret that have been given but have been ‘put down’ by Fatima experts and suppressed. A close study of these accounts reveal that the Third Secret confirms the above to be so and fits with all other prophecy on the subject. The first we will quote is from Emmett Culligan released in the 1960s:   ‘Then fire and smoke will fall from the sky and THE WATERS OF THE OCEANS WILL TURN TO STEAM – HURLING THEIR FOAM TOWARD THE SKY…’
“The second account we take note of appears to be a more accurate translation and much in keeping in how this event will take place. According to the transcript of the Third Secret by Tamisha Belarion: ‘Fire and smoke will fall from the sky. The waters of the ocean WILL CHANGE INTO STEAM, AND THE STEAM WILL RISE AND OVERFLOW EVERYTHING. THE WATERS OF THE OCEAN WILL BECOME MIST.’ This transcript eliminates the contradiction we mentioned earlier, for it is the mist (or steam) that will overflow everything. This transcript then, is much more in line with the actual process of turning the waters into vapor or mist to form a canopy. These oceanic waters worldwide turning to steam or mist will rise high into the upper realms of the atmosphere and gradually condense into the vaporous annular bands or layers forming the new canopy.”

With the coming of the Planet X system into our inner solar system, the magnetic-electrical connection with our Sun will be tremendous. The darkening of the Sun will be caused by more than just an eclipse. The Sun will experience a major coronal mass ejection or even a minor nova (a bursting of hot gases from the Sun’s corona) and will bring on several hours of darkness over the entire Earth. This will trigger the Great Warning. (See our article Final Warning on the Great Warning. The Great Warning will be an illumination of conscience, an awakening and a warning from God. It will signal the entry into the 3-1/2 years of the Great Tribulation. It will most likely also be accompanied by a pole shift – all caused by the passage of the Planet X system. A major portion of the Earth’s inhabitants will be wiped out in the ensuing chaos that follows. Society and its economy will collapse and martial law will be declared.
This nova of the Sun will be caused by the passage of the Planet X system, according to more than one source. Major Ed Dames indicates this and calls it the “killshot.” Also, from the article The Killshot Sequence Examined – Ed Dames, Visions and Beyond Pt. 3, comes this interesting vision of the Planet X – Sun interaction:

“I was standing in the heavens with my dream companion. Before us was the Sun and the Earth. Behind the Sun was a red object/planet? As we watched in silence A HUGE CORONAL MASS EJECTION OCCURRED AND HEADED RIGHT TOWARDS EARTH LIKE A GREAT TONGUE OF FIRE. The fire engulfed the entire planet shaking its magnetic field mightily.”

Some sources, such as Paul Violette of the Starburst Foundation, attribute the passage of the Planet X system to an incoming super=wave from the core of our Milky Way Galaxy. It is possible that this incoming super-wave will cause a greater nova in our Sun, causing a “rain of fire” over the entire Earth at the close of the 3-1/2 years of the Great Tribulation. It is this major nova of our Sun (which Planet X also seems to be involved with) that will trigger such a fiery conflagration. This is what will cause the oceans of the world to vaporize, as given in the Third Secret of Fatima. Following this, a new era of peace will be granted to the few people who survive this fiery cataclysm.
According to recent reports of the Planet X system position in our solar system, the above Planet X-induced fiery sequence cannot be far off. Prepare while you still can!
Thanks to: http://planetxnews.com

Posts : 72
Join date : 2016-05-31
If aliens really did what they did in the movie and were telepathic, there would be little or no resistance, because the next attack would be mental and very few humans would even know how or if they could resist. It would definitely be a no win situation. Advance technological weapons wouldn't be any help.

Posts : 72
Join date : 2016-05-31
If the aliens brought their entire solar system into the invasion, they wouldn't need advanced weapons because they could accomplish the same result without using any weapons.

After all the destruction, they could simply come in and take the survivors over with their minds with no fatalities to themselves.

Posts : 72
Join date : 2016-05-31
There is something the aliens may not know, that not resisting is a form of resistance. Resistance will only cause the alien to increase the hold, but not resisting will allow the human to study and understand the alien's thinking habits and once he or she has done this the human will discover that the alien can be secretly influenced by a human. This would be a very dangerous undertaking, but be well worth the effort. 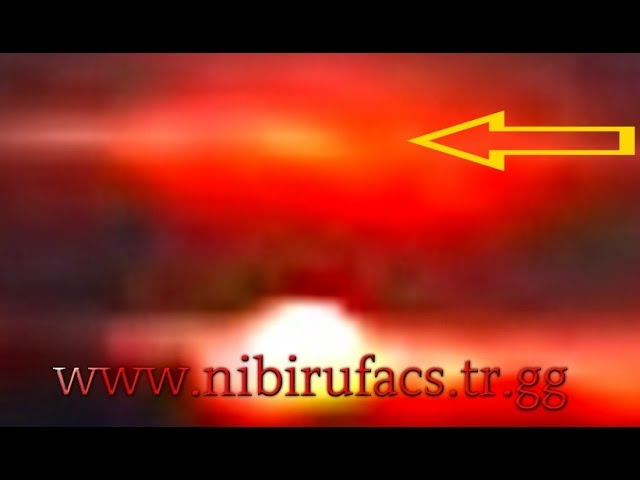