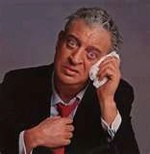 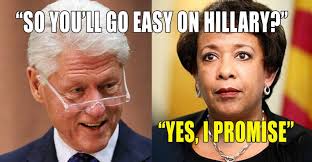 'No recording' order points to conspiracy to subvert Clinton investigation - so America, does this not smack of a 'deal' being made, something to hide and perhaps threats of life or death if don't cooperate with the Clintons?

“The former president steps into her plane, and they then speak for 30 minutes privately,” ABC 15 reporter Christopher Sign said about the Phoenix meeting. “The FBI there on the tarmac instructing everybody around ‘no photos, no pictures, no cell phones.’”

AMERICA - DO YOU SUPPOSE ANOTHER 'DEAL' WAS MADE?
MORE PAYOLA PAID?
BUYOFFS TO NOT PROSECUTE?
HIDING OF FACTS AND PROOF OF GUILT?
PROMISES GIVEN FOR POSITIONS IN THE HILLARYBEAST ADMIN?
THREATS AGAINST THOSE WHO HAVE INFO
FOR WHAT WILL HAPPEN IF THEY REVEAL IT?

That doesn’t sound legal for FBI agents to block the press from filming outside a government meeting that’s clearly in the public’s interest, and the fact they did reveals the meeting wasn’t as innocent as the Obama administration wants you to believe.

“With the FBI swooping in and preventing video evidence, is there any doubt in your mind this meeting was planned well before hand, and not some random event like Bill Clinton said?” a forum commenter at Godlike Productions pointed out. “In other words, Clinton used his influence to arrange this meeting with Lynch days before and making it look happenstance.”
The FBI order may have even violated 18 U.S. Code § 242, deprivation of rights under color of law, and it points to a conspiracy to subvert investigations targeting the Clintons because it’s not the FBI’s job to block journalists – or even private citizens – from filming public officials who are meeting in an official capacity.

Interestingly, a day after the secret meeting, Lynch’s Justice Dept. blocked the timely release of emails between the Clinton Foundation and Clinton’s State Dept.

“Department of Justice officials filed a motion in federal court late Wednesday seeking a 27-month delay in producing correspondence between former Secretary of State Hillary Clinton’s four top aides and officials with the Clinton Foundation and Teneo Holdings, a closely allied public relations firm that Bill Clinton helped launch,” the Daily Caller reported. “If the court permits the delay, the public won’t be able to read the communications until October 2018, about 22 months into her prospective first term as President [if she’s 'elected'.]”

http://www.infowars.com/fbi-at-clintonlynch-meeting-tells-reporters-no-photos-no-video/
America, do you REALLY BELIEVE this bitch will be 'elected'?  Or will her 'win' have been purchased by the likes of the Saudis, Soros and the Clinton Foundation  with payoffs and threats to their lives? The turnouts for her are small in numbers, and comments about her are less than friendly or approving.  The polls are already being rigged - manipulated with 'reports' of what is supposed to prove she is 'winning', giving numbers showing large support when the media is being scripted with what these scumbags want reported. Both Clintons, to include Lynch and others, should have been arrested and prosecuted to the fullest extent of the law months ago.  Do you believe this will ever happen?
Posted by Olive Oyl at 10:59:00 PM

LOL@ talked about his grandchildren!!! LMAO!!

And WELCOME to i8coolbeans! Thanks for joining and commenting! 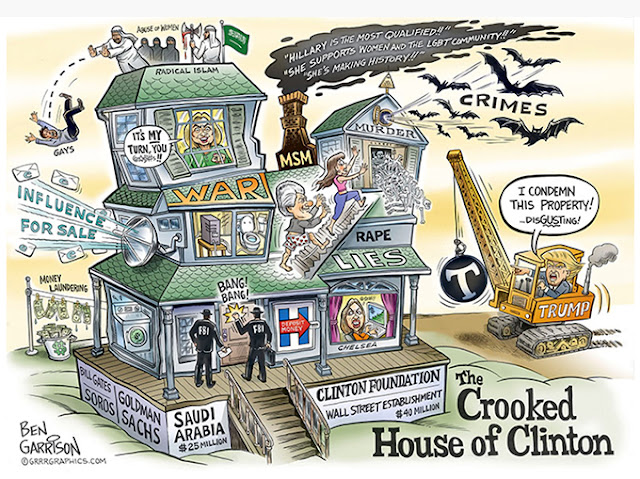 Hillary Clinton was interviewed by the FBI on Saturday morning in the investigation of her email arrangements while serving as secretary of state.

“Secretary Clinton gave a voluntary interview this morning about her email arrangements while she was secretary,” Nick Merrill, a campaign spokesman, said in a statement. “She is pleased to have had the opportunity to assist the Department of Justice in bringing this review to a conclusion.”
The interview, which lasted about three and a half hours at F.B.I. Headquarters in Washington, largely focused on the Justice Department’s central question of whether Mrs. Clinton’s actions met the legal standard for handling classified information. Shortly after the meeting, two black S.U.V.s were seen returning to Mrs. Clinton’s house in the capital. The appointment had been weeks in the making as both law enforcement and Mrs. Clinton’s team coordinated their schedules.
Accompanying Mrs. Clinton were her lawyer David E. Kendall; Cheryl D. Mills and Heather Samuelson, longtime aides who are also lawyers; and two lawyers from Mr. Kendall’s firm, Williams & Connolly, Katherine Turner and Amy Saharia.
Eight officials from the F.B.I. and the Department of Justice conducted the interview, according to a person who was familiar with the substance of the session but who declined to be named because the meeting was private. This person characterized the meeting as “civil” and “businesslike.” Neither the campaign nor the F.B.I. would elaborate on it.
Sponsored by Revcontent

The investigation has loomed over Mrs. Clinton’s presidential campaign, as Republicans have seized on the issue to question the presumptive Democratic nominee’s judgment. Although the interview on Saturday marked an important step toward closure on the issue, technical analysis of the material remains to be done and could stretch on for an undetermined period.
On Friday, the campaign of Donald J. Trump, the presumptive Republican presidential nominee, blasted out an email titled “The Facts on Clinton’s Secret Server” that included articles about the emails marked classified that had been sent or stored on Mrs. Clinton’s private server.
The central question in the Justice Department effort is whether the actions met the legal standard for the crime of mishandling classified information.
Mrs. Clinton’s sit-down with the F.B.I. came amid controversy over a meeting between her husband, former President Bill Clinton, and Attorney General Loretta Lynch, who ran into each other on Monday at the Phoenix airport while Mr. Clinton was fund-raising for his wife’s campaign.
To avoid any appearance of political meddling, Ms. Lynch said on Friday she would accept the recommendations of career prosecutors and the F.B.I. director regarding whether to bring charges. She said she had made that decision several months ago, before the criticism surrounding her meeting with Mr. Clinton.
She described the meeting as a casual conversation that did not touch on the investigation. But it added to the Clinton campaign’s headaches over the email inquiry, which they had hoped to put behind them before the Democratic convention this month.
“I certainly wouldn’t do it again,” Ms. Lynch said of the meeting.
Mrs. Clinton’s use of a private server and Republicans’ continued attacks have chipped away at her trust numbers. A Quinnipiac University poll released on Wednesday found that voters deemed Mr. Trump more honest and trustworthy than Mrs. Clinton, 45 percent to 37 percent.
Mrs. Clinton did not cooperate with a State Department inspector general’s audit of her email practices that concluded she had failed to comply with agency policies on record keeping. But her campaign had said she would fully cooperate with the F.B.I.
“To our mind, it made sense to prioritize the review being conducted by the Justice Department, and so, accordingly, Hillary Clinton has said since last August she’d be happy to sit with them at whatever point they approach her, which has not happened yet,” a spokesman, Brian Fallon, told CNN in May.