OUT OF MIND » TRUTH IN CONSPIRACY THEORIES? » HISTORIES MYSTERIES » Hundreds of kilometers of Tokyo tunnels whose purpose is unknown

Hundreds of kilometers of Tokyo tunnels whose purpose is unknown

Hundreds of kilometers of Tokyo tunnels whose purpose is unknown Mon Jul 04, 2016 10:18 am

Hundreds of kilometers of Tokyo tunnels whose purpose is unknown. 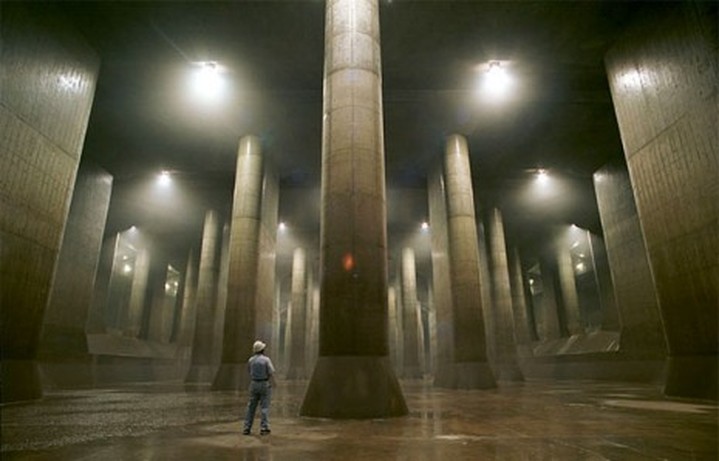 During the Gulf War in 1991, Shun Akiba was one of only two foreign journalists reporting from Baghdad, along with Peter Arnett of CNN. With such experience and expertise, it would be reasonable to imagine him in great demand right now. Wrong.
Shun is on some kind of invisible blacklist.

​ His book “Teito Tokyo Kakusareta Chikamono Himitsu” (“Imperial City Tokyo: Secret of a Hidden Underground Network”), published by Yosensha in late 2002, is already in its fifth edition. Yet Shun has found it impossible to get the media to take serious note, write reviews or offer interviews.
This is very strange because he has a great story — evidence of a network of tunnels and possibly an underground city beneath Tokyo that the public is totally unaware of. “Why am I ignored? Can I be on to something, and there is a conspiracy to silence me? I believe so.”
​
Shun’s father was a journalist with the Asahi newspaper. “I hated his lifestyle. Preferring to work in entertainment, I steered myself into TV. Finding myself in the news section, I decided to go abroad.”
​
Working for Asahi TV, he covered the U.S. military invasion of Panama, leftwing guerrilla actions in Peru, peacekeeping activities in Cambodia, and the Gulf War as a foreign correspondent. Then in 1996, he decided to go freelance, recasting himself as a writer. “I wrote a mystery novel, called ‘Director’s Cut,’ never thinking I’d go back to journalism.”
​ What changed his life was finding an old map in a secondhand bookstore. Comparing it to a contemporary map, he found significant variations. “Close to the Diet in Nagata-cho, current maps show two subways crossing. In the old map, they are parallel.”

The journalist in him taking over, he sought out construction records. When responses proved defensive and noncooperative — “lips zipped tight” — he set out to prove that the two subway tunnels could not cross: “Engineering cannot lie.”

This inconsistency is just the first of seven riddles that he investigates in his book. The second reveals a secret underground complex between Kokkai-gijidomae and the prime minister’s residence. A prewar map (riddle No. 3) shows the Diet in a huge empty space surrounded by paddy fields: “What was the military covering up?” New maps (No. 4) are full of inconsistencies: “People are still trying to hide things.”

The postwar General Headquarters (No. 5) was a most mysterious place. Eidan’s records of the construction of the Hibiya Line (No. 6) are hazy to say the least. As for the “new” O-Edo Line (No. 7), “that existed already.” Which begs the question, where did all the money go allocated for the tunneling?
​
The bulk of Shun’s book covers the development of the subway system and questions the many inconsistencies between maps of the past and present — even those that were contemporaneous. “Even allowing for errors, there are too many oddities.”
Shun claims to have uncovered a secret code that links a complex network of tunnels unknown to the general public. “Every city with a historic subterranean transport system has secrets,” he says. “In London, for example, some lines are near the surface and others very deep, for no obvious reason.”
​
Sitting on the Ginza subway from Suehirocho to Kanda, he says, you can see many mysterious tunnels leading off from the main track. “No such routes are shown on maps.” Traveling from Kasumigaseki to Kokkai-gijidomae, there is a line off to the left that is not shown on any map. Nor is it indicated in subway construction records.

At Tameike-sanno on the Ginza Line, the first basement level is closed off, for official use only. “Go to the toilet on B2 and there is a door to B1, but locked.”
Also he investigates three large buildings in Hibiya that share an enormous underground car park. “This space was there before the buildings were independently constructed. What was it for?”

As for the Diet Library, this runs to eight floors underground, all closed to the public. A magazine that asks repeatedly to look around is always denied access.
“Subway officials treat me as if I’m a drunk or a madman,” Shun notes with a wry smile. “Tokyo is said to have 12 subways and 250 km of tunneling. I’d say that last figure is closer to 2,000 km. It’s clear to me that the tunnels for the Namboku, Hanzomon and O-Edo lines existed before decisions were made to turn them into public subways.”
​
What most concerns Shun is not the existence of this network, but why it is a carefully preserved secret. He can understand why maybe before World War II the government thought it prudent that the public remain in ignorance. “Not wanting the enemy to know, it was decided to tell no one and let the population survive as best it could.”

At the end of the war, the Cold War took root. “It seems likely that the subterranean complex was prepared for a possible nuclear attack.” What is going on right now under our feet, he wonders, with scares of war in the Middle East and within missile range of North Korea.

After “Teito Tokyo Kakusareta Chikamono no Himitsu” was published, a reader wrote to Shun saying he had worked on a new subway using a diamond cutter on old concrete — concrete that was already there. “I want to make a TV documentary. I think we have the right to know what lies beneath our feet, don’t you?”
Shun, who lives with his family in Ochanomizu, says his wife worries a lot, especially about money. But when he told his son at age 12 what he was doing, and why, the youngster’s response was immediate: “It’s OK, Dad. I think what you’re doing is right. Don’t worry about us. Go for it.”
Source: http://www.japantimes.co.jp/community/2003/03/01/general/seven-riddles-suggest-a-secret-city-beneath-tokyo/#.V3k4YrgrLIX

OUT OF MIND » TRUTH IN CONSPIRACY THEORIES? » HISTORIES MYSTERIES » Hundreds of kilometers of Tokyo tunnels whose purpose is unknown

» Experts BAFFLED by the discovery of HUNDREDS of mysterious tunnels in Brazil
» Laser Tech Used to Wirelessly Power 5G Base Stations can “transmit hundreds of watts over hundreds of meters through the air.”
» "I WILL NOT FURNISH ANY FURTHER INFORMATION PENDING ACTIVATION BECAUSE OF INCORRECT INTEL OR UNKNOWN DELAYS UNKNOWN TO ME. IT IS OUT OF MY HANDS":Okie
» Byzarre! Diameter of Solar Flare Eruption: 1,000,000 kilometers
» Very bright flash over thousands of kilometers, ground-shaking explosion, Russia