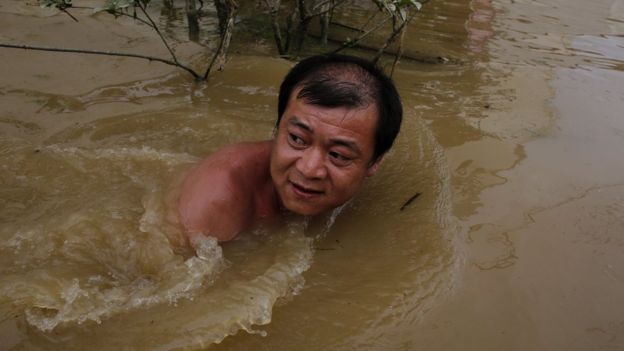 Photo Getti Images
Intense downpours have caused huge losses along the Yangtze River drainage area in recent days, and more rain is expected to batter the region along with the first typhoon this year, according to authorities.
Heavy rains have left 186 people dead and 45 missing in 26 provinces, regions and municipalities across the country as of Sunday, causing a loss of 50.6 billion yuan ($7.59 billion), the State Flood Control and Drought Relief Headquarters said.
About 33 million people were affected by the rain and rain-triggered floods, and 1.48 million people have been relocated across 1,192 counties in 26 provinces.
The rain and flooding has destroyed 56,000 homes, reports ecns.cn.
Compared to the same period in 2000, the number of areas and people affected has reduced.
The number of people killed and homes destroyed reduced dramatically, but the direct loss increased significantly, by 51 percent.
Because more rain has been concentrated on the country's southern, eastern and northeastern parts, floods could occur along the Yangtze, Songhua and Huaihe rivers this summer, an official from the headquarters said.
Authorities have predicted water will exceed warning levels at the middle and lower reaches of the Yangtze River and the upper and middle reaches of the Huaihe River from Sunday to Tuesday.
Two rounds of rain could occur in next 10 days along the middle and lower sections of the Yangtze River and Huaihe River drainage areas. 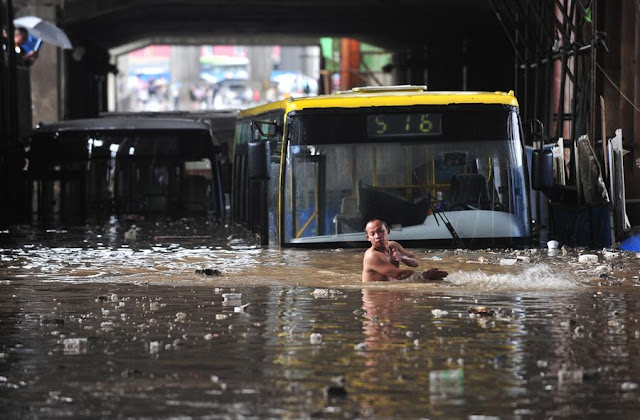 Photo www.theatlantic.com
Authorities say that three days of heavy rain in southern China have left 50 people dead and 12 missing.
The civil affairs department in central Hubei province said Sunday that torrential rains caused the deaths of 27 people and left 12 missing since Thursday.
Nearly 400,000 people have been evacuated or are in need of aid in the province.
In mountainous Guizhou province in the southwest, 23 people were confirmed dead after a landslide Friday.
Rainstorms soak the southern part of China every year, but this rainy season has been particularly wet.
The Yangtze River flood control headquarters has ordered local authorities to brace for severe floods.
More than 800 soldiers and rescuers are working with excavators to find the 12 people who remain missing.
The landslide involved more than 95,00 cubic meters of mud flow.
Rain and storms have wreaked havoc across south China since June 27.