It is really not looking good for Hilary's credibility.

When this man has finished waffling on I will post the result of the statement...if any

Thousands of "DELETED" emails sent to and from Hillary Clinton while she was Secretary of State, have just been "dumped" publicly onto the Internet by WikiLeaks!  This includes emails never sent to the FBI by the US State Department, which said the emails were "unrecoverable."
The material is being intensely scrutinized by news media all over the world and by FBI and other law enforcement agencies as this data "dump" includes some of the 30,000 emails "deleted" by Hillary Clinton from her private server.  Most of those emails were reportedly "unrecoverable" by the US State Department, and were never sent to the FBI during its investigation of Clinton.
This is a fast-developing story.
In the interest of public disclosure, the link to this material, published solely by Wikileaks is HERE.
SuperStation95 will continue to report on this story as it unfolds.

In the meantime, Hillary Clinton is considering retaining Loretta Lynch as Attorney General if she wins the presidency, according to a report from The New York Times.

Picking Lynch as a holdover from the Obama administration would help Clinton’s stated goal of making her cabinet gender-equal. But the choice would likely prove controversial given that Lynch is the ultimate arbiter in the Justice Department’s investigation into the potential mishandling of classified information on Clinton’s private email server.

Concerns over conflicts of interest reached new heights last week after Lynch, the first black female AG, met in secret with Bill Clinton at Phoenix’s international airport.
"The corruption is so open, so _in your face_ it's unbelievable" said one person familiar with the offer.  Basically, this appears to be Hillary Clinton telling Loretta Lynch "you can have your job for another four years if you keep your mouth shut about my crimes."

. . .  and for some reason, known only to God, there are still people in the United States that are actually considering voting this corrupt person into the highest office in the land.  Frightening.

Guess when you are related to the Windsor & Rothschild's you can pretty much do whatever the hell you want on this planet with NO reprisals! 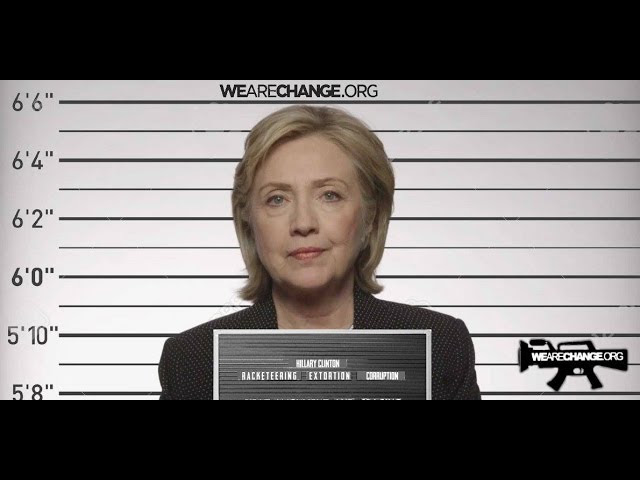 Admin
Posts : 107476
Join date : 2012-01-04
Location : Woodstock Nation
I will be stunned if it is not. If the American general public gave a shit to begin with this bitch on wheels would not even be a mention except when her next parole hearing is.

Sometimes I really hate this world we are in!

Admin
Posts : 107476
Join date : 2012-01-04
Location : Woodstock Nation
I know and I for one am not in the least bit surprised this viper gets to slither her way back into position.

I have been repulsed by this walking horror for almost 3 decades now. I keep waiting for others to catch up on just how vile this witch truly is. Maybe this will finally wake people up? Naw!!! YAWN!!

So we just sit back and watch the show. :)

Posts : 59
Join date : 2014-04-16
It's difficult to know what can be done about this sort of thing, but I hope that more and more people are becoming aware of the the inner workings of the "just-us" system.

I also hope that people can start moving beyond the mindset of placing blame for government atrocities on "the other party", i.e., the political party that they choose not to affiliate with.

The Clinton foundation seems to be the key, the hand that turns that key is one untouched by the alleged wrong doings......