Posted on July 8, 2016 by sundance
A video segment aired on overnight TV was a cell phone video capture from an eye witness to the initial shootings in Dallas.  One of the gunman can be seen firing toward multiple police officers.
As one officer moves in to engage the shooter he is overwhelmed by the gunman’s firepower, is shot from behind and then shot multiple times as he lays on the sidewalk.


This video from the USA says about itself:

5 People Are Shot At Site Of Black Lives Matter Protest in Minneapolis
24 November 2015
Police were hunting three white suspects early Tuesday after five people were shot near a protest in Minneapolis over the fatal police shooting of an unarmed black man. All five victims were transported to local hospitals with non-life-threatening injuries after the incident late Monday, the Minneapolis Police Department said in a statement.
The shooting happened around a block away from the Minneapolis Police Department 4th Precinct, where Black Lives Matter demonstrators and local activists have camped for more than a week after 24-year-old Jamar Clark was shot dead by a police officer during a scuffle on November 15.

That was then. And today …
By Nick Visser, Reporter, The Huffington Post in the USA:

At Least 4 Police Officers Killed By Snipers During Dallas Protest
Seven other officers and one civilian were also shot and injured.
07/07/2016 10:26 pm ET | Updated 1 minute ago
At least 11 police officers and 1 civilian have been shot in Dallas.
Officials said two snipers carried out an “ambush-style” attack.
Police are negotiating with one “uncooperative” suspect who is still exchanging gunfire with them.
Gunfire first broke out during a peaceful Black Lives Matter protest.
Snipers shot and killed four police officers “ambush-style” after a Black Lives Matter protest in Dallas Thursday night, according to Dallas police. At least seven other police officers and one civilian were also shot and injured. …
Dallas Police Chief David Brown said three suspects were in custody and police were still in negotiations with another suspect who was being uncooperative, at times exchanging gunfire with officers in a parking garage.
“He told negotiators that the end is coming, and he is going to hurt and kill more of us,” Brown said at the press conference early Friday morning …

‘The end is coming’ sounds like some ultra religious person expecting the Last Judgment.

All signs pointed to the demonstration having been peaceful throughout the evening. The DPD Twitter account included posts about “men, women, boys and girls” gathered in solidarity, while other photos show officers posing with marchers, including a state senator. …
Rev. Jeff Hood, an organizer of the rally, told the Dallas Morning News he was at the front of the protest with an officer before he heard “what sounded like six to eight shots.”
“I saw people scramble,” Hood said. “The officer ran towards the shots, I ran away from the shots trying to get people off the streets, and I was grabbing myself to see if I was shot.” …
Earlier Thursday, hundreds had gathered in cities across the country to protest the recent police shootings of Alton Sterling, a 37-year-old killed outside a convenience store in Baton Rouge, Louisiana, and Philando Castile, who was shot during a traffic stop in Minnesota.
Demonstrators were carrying signs and chanting “no justice no peace” and “hands up, don’t shoot” ― common refrains of the Black Lives Matter movement against police brutality.

From daily The Independent about this:

Richard Adams, a witness to [the] shooting in Dallas, said the protests were “peaceful and lovely” until he heard what sounded like “a bunch of firecrackers going off.”
“Women with children and babies and everybody was chaotically running,” Adams told. “And then, maybe I was a half-a-block away, calming down a little bit when we heard it again. […] There must have been five times tonight — whenever we thought we were safe, people said: “Run, people were shot!”

The Minnesota governor thinks that the black motorist [Philando Castile] who this Wednesday in a suburb of St. Paul was killed by police brutality, would not have been shot if he would have been white. “This kind of racism exists and it is the duty of us all to ensure that it stops,” said Governor Mark Dayton, a Democrat.

Admin
Posts : 107459
Join date : 2012-01-04
Location : Woodstock Nation
11 Police Officers Shot in Dallas Tonight, July 7; Real or Staged Distraction?
I just walked in the door from work and hubby has CNN on and they’re covering breaking news in Dallas and saying 11 police officers shot.
I’m just waiting to see if this really happened, if it’s a drill, a distraction from all the trouble the cabal is in, the Hillary horrors, the Monsanto/Whole Foods GMO labeling deception, or what.
They have non-stop sirens, flashing lights, replay the video of the shooter, an officer down, etc.  They now report online that 4 officers were killed after 11 were shot. They say it was a sniper, and now one man has turned himself in, and they are ALSO looking for a bomb. Details at the link below.
All this from a peaceful protest over two young men shot and killed by police officers this week in Minnesota and Louisiana.
This country is one hot mess. That’s all I can say.  ~ BP
http://www.cnn.com/2016/07/07/us/philando-castile-alton-sterling-reaction/index.html 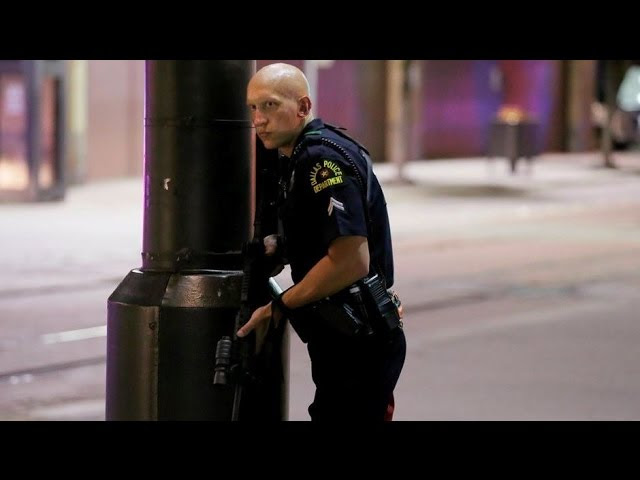