This Is What The “Secret Government” Does To New Technologies That Could Change Our World Thu Jul 14, 2016 8:46 am

Admin
Posts : 100611
Join date : 2012-01-04
Location : Woodstock Nation
This Is What The “Secret Government” Does To New Technologies That Could Change Our World 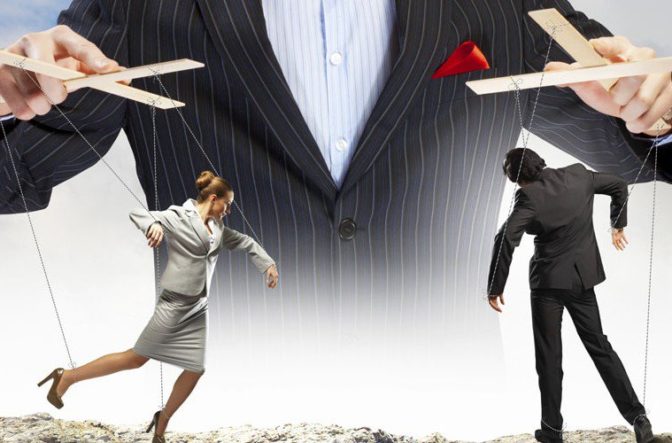 Why does this article mentioned the “secret government?” Well, it’s because there is one, and not many people know about it. John F. Hylan was Mayor of New York City from 1918-1925 told the world that:

The real menace of our Republic is the invisible government, which like a giant octopus sprawls its slimy legs over our cities, states and nation … The little coterie of powerful international bankers virtually run the United States government for their own selfish purposes. (source)(+seizes+our+executive+officers%2C+legislative+bodies%2C+schools%2C+courts%2C+newspapers+and+every+agency+created+for+the+public+protection]source)

Years later, many others have said the same thing. Another example is Daniel Inouye, the highest ranking Asian-American politician in United States history, serving the democratic party from 1963 until his death in 2012. He stated that there is a “shadowy government with its own Air Force, its own Navy, its own fundraising mechanism, and the ability to pursue its own ideas of the national interest, free from all checks and balances, and free from the law itself. (source)
The list of examples go on and on, with evidence beyond words to back them up. So, when we are looking at patent secrecy (the topic of this article), it’s important to keep that in mind.
Government secrecy is running rampant in an age where more and more people are demanding transparency. Did you know that the U.S. Government classifies over 500 million pages of documents each year? Justification for the mass classification of information is (apparently) done for the sake of “national security,” but as we know:
“The dangers of excessive and unwarranted concealment of pertinent facts, far outweigh the dangers that are cited to justify them. There is a very grave danger that an announced need for an increased level of security will be seized upon by those anxious to expand its meaning to the very limits of censorship and concealment. That I do not tend to permit, so long as it’s in my control.” – JFK (source)
If a scholar wanted to research political, historical, scientific, or any other type of archival work, it would prove difficult and limiting seeing that most of their government’s activities are kept a secret. It is truly impossible to access the factual history of their country. The declassification of classified documents (a small portion) does not occur until decades after that information has been concealed, one great example of that is the UFO phenomenon, once believed to be a “conspiracy theory” by the masses before the substantial release of government documents showing otherwise. You can read more about that and access some of those documents here. Evidence is now pointing to the fact that the U.S. Patent and Trademark Office is no different.
The office is supposed to legally protect the inventions of entrepreneurs and companies, some of whom have developed ground breaking technology. Unfortunately, that’s not the case as new documents obtained via the Freedom of Information Act (FOIA) reveal how the Patent Office has been using a secret system to withhold the approval of some applications.
This 50-page document was obtained by Kilpatrick Towsend & Stockton, LLP, who commonly represent major tech companies that include Apple, Google and Twitter (to name a few). You can view that entire document HERE. (1)
The program delaying patent applications is called the Sensitive Application Warning System (SWAS). Usually, when an application is submitted for a patent approval it requires a couple of examiners who work with the Patent office to go through their process of approval. This process usually takes approximately 1 to 2 years, but  applications that are filed in SAWS must be approved from several people, and can be delayed for a number of years.
“There is no official channel to notify an applicant once their patent is placed in the system, and the Patent Office has denied requests to divulge what applications are on the SAWS list.” (source)
The documents also indicate areas of technology that might have a patent application placed in the SAWS program – these include smartphones, internet-enabling systems and more. This information is set to be published in an online journal called “Law360” to inform the public. Tech Columnist Alyssa Bereznak at Yahoo News states that most companies are fully aware of this.
I first came across this recent information in her article, which you can view here, but I felt compelled to add more information.
As you will see below, there is more information that has surfaced prior to these documents that suggest this type of “invention secrecy” goes far beyond these technologies.
One great example (out of many) of delayed patent applications comes from Dr. Gerald F. Ross. He filed a patent application for a new invention he had devised to defeat the jamming of electromagnetic transmissions at specified frequencies. It was not until June 17, 2014 (almost 37 years later) that this patent was granted. (2)

As great as it is to see new information pertaining to invention secrecy come to light, it’s also important to note (as reported by the Federation of American Scientists; see annotated bibliography) that there were over 5000 inventions that were under secrecy orders at the end of Fiscal Year 2014, which marked the highest number of  secrecy orders in effect since 1994.(3)
This is all thanks to an act many people are unaware of. It’s called the “Invention Secrecy Act” and it was written up in 1951. Under this act, patent applications on new inventions can be subject to secrecy orders. These orders can restrict their publication if government agencies believe that their disclosure would be harmful to national security.(4)(5)
As mentioned earlier, “national security” has become an excuse and justification for the classification of a large amount of information on a variety of topics that the public is deliberately kept in the dark about. Apparently, many of these projects and inventions go far above and beyond presidential knowledge.
“It is ironic that the U.S. should be fighting monstrously expensive wars allegedly to bring democracy to those countries, when it itself can no longer claim to be called a democracy when trillions, and I mean thousands of billions of dollars, have been spent on projects which both congress and the commander in chief know nothing about.”  (source) – Paul Hellyer, Former Canadian Defense Minister.
So what type of technology is under restriction under the Invention Secrecy Act? We don’t really know, but a previous list from 1971 was obtained by researcher Michael Ravnitzky. Most of the technology listed seems to be related to various military applications. You can view that list HERE. (6)
As Steven Aftergood from the Federation of American Scientists reports:
“The 1971 list indicates that patents for solar photovoltaic generators were subject to review and possible restriction if the photovoltaics were more than 20% efficient. Energy conversion systems were likewise subject to review and possible restriction if they offered conversion efficiencies in “excess of 70-80%.” (source)


Secrecy is No Secret

A couple of years before the Invention Secrecy Act of 1951, the National Security Act was created. As a result, a number of intelligence groups and executive bodies followed. None of these groups had any active congressional oversight. The United States has a history of government agencies existing in secret for years. The National Security Agency (NSA) was founded in 1952, its existence was hidden until the mid 1960’s. Even more secretive is the National Reconnaissance Office, which was founded in 1960 but remained completely secret for 30 years. Along with this secrecy is the information these agencies obtained, and continue to obtain until this day.
Special Access Programs are another great example of secrecy. From these we have unacknowledged and waived SAPs. These programs do not exist publicly, but they do indeed exist. They are better known as ‘deep black programs.’ A 1997 US Senate report described them as “so sensitive that they are exempt from standard reporting requirements to the Congress.” (7)(8)
We don’t really hear about black budget programs, or about people who have actually looked into them. However, the topic was discussed in 2010 by Washington Post journalists Dana Priest and William Arkin. Their investigation lasted approximately two years and concluded that America’s classified world has:
“Become so large, so unwieldy and so secretive that no one knows how much money it costs, how many people it employs, how many programs exist within it or exactly how many agencies do the same work.” (9)
You can read more about the Black Budget in detail HERE.
Today, it seems to be evidently clear that secrecy has lead to what Dwight Eisenhower warned us about:
“In the council of government, we must guard against the acquisition of unwarranted influence whether sought or unsought, by the military industrial complex. The potential disaster of the rise of misplaced power exists, and will persist. We must never let the weight of this combination endanger our liberties or democratic processes.” (source)


What Has All This Secrecy Led To?

The fact that so much information is concealed from the public domain has led to a kind of “breakaway civilization.” A term coined by Richard Dolan.
Someone, or some groups are “in the know.” This or these groups who have had access to information over many decades that the public hasn’t is no doubt living and perceiving the world in a different way from what the masses do. This has led to a world within worlds, a separate civilization apart of our own who have access to knowledge that we don’t. Who are they? What are they doing? Why are they doing it? What do they know?
You can read what Richard has to say about it here.
Sources:
(1) http://www.scribd.com/doc/249032641/SAWS-FOIA-Response
(2)http://patft.uspto.gov/netacgi/nph-Parser Sect1=PTO1&Sect2=HITOFF&d=PALL&p=1&u=%2Fnetahtml%2FPTO%2Fsrchnum.htm&r=1&f=G&l=50&s1=8,754,801.PN.&OS=PN/8,754,801&RS=PN/8,754,801
(3)  http://fas.org/sgp/othergov/invention/stats.html
(4) http://www.law.cornell.edu/uscode/text/35/part-II/chapter-17
(5)http://fas.org/sgp/othergov/invention/35usc17.html
About FAS: Visit their website here. View their board members here.
The Federation of American Scientists (FAS) works to provide science-based analysis of and solutions to protect against catastrophic threats to national and international security. Specifically, FAS works to reduce the spread and number of nuclear weapons, prevent nuclear and radiological terrorism, promote high standards for nuclear energy’s safety and security, illuminate government secrecy practices, as well as track and eliminate the global illicit trade of conventional, nuclear, biological and chemical weapons.
FAS was founded in 1945 by many of the Manhattan Project scientists who wanted to prevent nuclear war and is one of the longest serving organizations in the world dedicated to reducing nuclear threats and informing the public debate by providing technically-based research and analysis on these issues.
FAS is a non-profit membership organization, with members from the academic, non-profit and government communities. For more information on FAS membership and to join, please visit our Membership page.
FAS staff comprise a highly skilled and dedicated team with professional experience in biology, biochemistry, chemistry, environmental science, nuclear engineering, physics, and political science. More than 65 Nobel science laureates have endorsed FAS as members of the Board of Sponsors.
(6) http://fas.org/sgp/othergov/invention/pscrl.pdf
(7) http://www.gpo.gov/fdsys/pkg/GPO-CDOC-105sdoc2/content-detail.html
(8) Dolan, M. Richard and Zabel, Bryce. A.D. After Disclosure. New Page Books. 2012
(9) http://projects.washingtonpost.com/top-secret-america/
Originally posted @ Collective Evolution