Former NASA Scientist & Founding Father Of The Internet Lets The World Know That Aliens Are Real Fri Jul 15, 2016 10:51 am 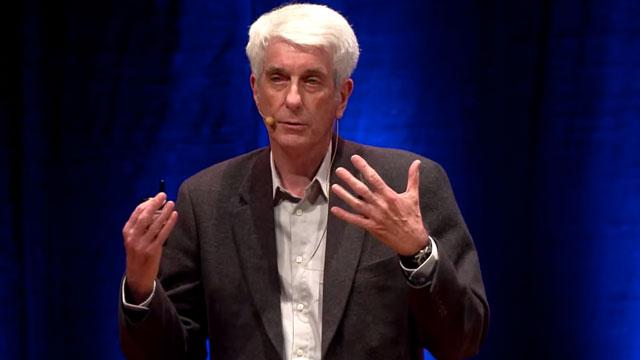 It’s astonishing how many credible people are trying to create awareness about a phenomenon that, if it were to become entirely transparent to the world, would most likely transform all aspects of humanity, leaving nothing untouched. If there was full extraterrestrial disclosure, we would have so many questions to consider. How do they travel so far in such short periods of time? What do they use for propulsion? Are they benevolent or do they mean us harm? The implications of alien existence are simply staggering.
​'SOME OF THESE UFOS ARE INDEED INTELLIGENTLY CONTROLLED'

Thousands of people have spoken out and attested to the reality of this phenomenon. In the United States, hundreds of people with distinguished backgrounds — people working in politics, academia, the military, and other professional fields — have come forward to share their experience and research. One of those people is Dr. Jacques Vallee. Vallee codeveloped the very first computerized mapping of Mars for NASA. He is also noted for his work at the Stanford Research Institute (SRI), where he helped create ARPANET, a technology that became the foundation for the modern day internet.
He also supports the extraterrestrial hypothesis as one explanation for the UFO phenomenon, meaning that some of these UFOs are indeed intelligently controlled, remotely or not, by extraterrestrial beings. One of his many published papers, written in the late 90s, appeared in the Journal of Scientific Exploration. Titled “Estimates of Optical Power Output in Six Cases Of Unexplained Aeriel Objects With Defined Luminosity Characteristics,” it offers a comprehensive look at the oddities military pilots encounter when they are ordered to intercept one of these UFOs. (Related CE Article: Here’s What Happens When A UFO Is Tracked On Military Radar.) Vallee’s latest work includes a recently published analysis of 500 UFO cases from biblical antiquity to 1879 before the development of modern industry. That was published in his book Wonders of the Sky. Below is a video of Vallee speaking on the UFO phenomenon at the Global Competitiveness Forum in 2011. Here is a video of him giving a TEDx talk in Brussels
Source:collective-evolution.com via http://www.disclose.tv/