OUT OF MIND » THE INSANITY OF REALITY » GOVERNMENTS & THE NEW WORLD ORDER » UPDATES : Turkey in Chaos After Coup Attempt

.
DAY OF RAGE
.
.
Turkish military says it has seized control from Ankara government.
Looks like Turkey took their country back from the dictator president and their puppet government!
.
Turkish military declares takeover of country, top officials reportedly taken hostage –
President Recep Erdogan is reportedly on vacation in the southern Turkish resort town of Bodrum. His status is currently unknown.
Tanks have been posted outside Istanbul’s Ataturk International Airport, while armored vehicles were photographed outside TRT offices.
All flights from Istanbul’s Ataturk International Airport have been canceled, Reuters reported citing a witness.
The Turkish military announced it was seizing power in the country “to protect the democratic order and to maintain human rights.”
.
https://www.rt.com/news/351343-turkey-coup-military-attempt/
.
Twitter is on fire lol – Erdogan has been arrested. Military Chief of Staff arrested. Head of intelligence service missing. #Turkey
.
We are witnessing yet another moment in modern history where people are using social media to inform the world of on-the-ground realities in the absence of any one else. https://www.wired.com/2016/07/watching-attempted-turkish-coup-unfold-twitter/?mbid=social_fb
.
Go Internet !!!
.

Thanks to Hatter at: https://outofthisworldx.wordpress.com

What we have expected a few months ago is happening. Several reports have said the military coup has succeeded in removing dictator Erdogan from power.

This is a total takeover of government and military leadership, by an Army general and several colonels spread throughout the country.
From The Guardian,
“The full Turkish military statement reads: “Turkish Armed Forces have completely taken over the administration of the country to reinstate constitutional order, human rights and freedoms, the rule of law and general security that was damaged. 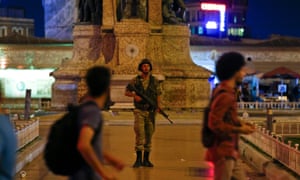 A Turkish military stands guard in the Taksim Square in Istanbul. Photograph: Murad Sezer/Reuters
“All international agreements are still valid. We hope that all of our good relationships with all countries will continue.”
The Turkish president Recep Tayyip Erdoğan is on holiday and outside the country. Reuters has quoted a source within his office as saying that he is safe.”

As a consequence, martial law is declared in Turkey.

Whoot, there it is – A Military Coup D’etat Is Underway In Turkey – Recep Erdogan is President Obama’s BFF !!…

The Turkish Military now says they are in control !!!  This is EGYPT 2013 All over Again !!!!
It would not surprise us if these reports are confirmed.  Heck, we were just discussing this last night.  Details are very sketchy, but top level Turkish political officials are saying an illegal military action is currently underway in Turkey.

The military, including the air force, has taken control of key points of infrastructure throughout the nation.

There have been reports of military action in several places throughout Turkey: 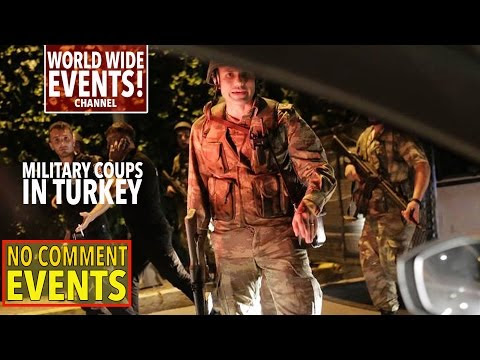 Posts : 1826
Join date : 2012-02-15
Age : 66
Location : Ct
Keep in mind, at the disposal of the oligarchs are scaler weapons.....They have the capacity to stop any and all uprising in a matter of minutes....Remember, not much happens in this world unless it moves their agenda.

OUT OF MIND » THE INSANITY OF REALITY » GOVERNMENTS & THE NEW WORLD ORDER » UPDATES : Turkey in Chaos After Coup Attempt