Scientists Discover that Humans Have A 'Magnetic Sixth Sense' to Detect Something We Can't See Tue Jul 19, 2016 10:36 pm 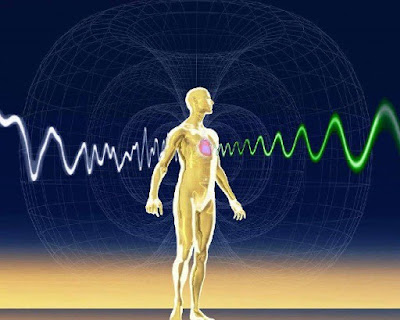 It’s called magnetoreception, and it refers to the ability to perceive magnetic fields. Several animals use it to find their way over long distances by aligning themselves with the Earth’s magnetic field. Sea turtles. honeybees, spiny lobsters, dolphins, migratory birds, and more all have a magnetic compass which allows them to use the information that’s coded into magnetic fields. We know little beyond that, however. How they use them, how they sense them, and what information they are getting from them remains up for speculation. For all we know, these magnetic fields could be used for much more than navigation for certain species.

According to Joe Kirschvink, the geophysicist at the California Institute of Technology who is currently testing humans for a magnetic sense, “it’s part of our evolutionary history. Magnetoreception may be the primal sense.” (source)

A recent study published by Kirschvink in the journal Nature Communications suggests that a protein in the human retina, when placed into fruit flies, has the ability to detect magnetic fields. The research claims that it can serve as a magneto sensor, but whether or not humans actually use it in this way is unknown.

“It poses the question, ‘maybe we should rethink about this sixth sense,'” University of Massachusetts Medical School researcher Steven Reppert told LiveScience. “It is thought to be very important for how animals migrate. Perhaps this protein is also fulfilling an important function for sensing magnetic fields in humans.”

In one of Kirschvink’s recent experiment, a rotating magnetic field was passed through study participants while their brainwaves were measured. He discovered that when the magnetic field was rotated counterclockwise, certain neutrons responded to this change which, in turn, generated a spike in electrical activity. This suggests a possible magnetic sense in humans.

Yet multiple questions still remain. For example, was this neural activity evidence of a magnetic sense or something else? Even if the human brain responds to these fields in some way, that doesn’t mean that information is being processed by the brain. There is still the question of what mechanisms are in place within the brain or body that receive these signals. If the body does indeed have magneto receptors, where are they? The next step for researchers is to identify them.

Kirschvink’s study is one of many publications delving into the mysteries of magnetic fields and what impact they have on human beings. The leaders in this area of research will most likely be found at the HeartMath institute. An internationally recognized nonprofit research and education organization dedicated to helping people reduce stress, self-regulate emotions, and build energy and resilience for healthy, happy lives, HeartMath tools, technology, and training teach people to rely on the intelligence of their hearts in concert with that of their minds at home, school, work, and play.

Researchers at HeartMath have begun what’s called the The Global Coherence Initiative (GCI), an international cooperative effort to help activate the heart of humanity and facilitate a shift in global consciousness. It aims primarily to invite people to participate by actively adding more heart-coherent love, care, and compassion into the planetary field. The second focus is scientific research into how we are all energetically connected with each other and the planet, and how we can utilize this interconnectivity to raise our personal vibration and thereby help create a better world.

The hypotheses of the researchers and scientists behind this project are as follows:

Other Evidence That Humans Can Sense These Fields

These energetic fields are known to scientists, and the notion that solar activity and the rhythms taking place on Earth’s magnetic fields have an impact on health and behaviour has been firmly established in scientific literature. (source)(source)

Related All Life is Connected via EMF Entrainment | Solar Revolution Documentary (2012) - Reveals the Science of Entrainment, along with the Sun and Galaxies Influence on Human Affairs

Scientific literature is also clear on the fact that several physiological rhythms and global collective behaviours are not only synchronized with solar and geomagnetic activity, but also that disruptions in these fields can create adverse effects on human health and behaviour

When the Earth’s magnetic field environment is distributed it can cause sleep problems, mental confusion, usual lack of energy or a feeling of being on edge or overwhelmed for no apparent reason. At other times, when the Earth’s fields are stable and certain measures of solar activity are increased, people report increased positive feelings and more creativity and inspiration. This is likely due to a coupling between the human brain, cardiovascular and nervous system with resonating geomagnetic frequencies. (source)(source)(source)

The Earth and ionosphere generate frequencies that range from 0.01 hertz to 300 hertz, some of which are in the exact same frequency range as the one happening in our brain, cardiovascular system, and autonomic nervous system. This offers one way to explain how fluctuations in the Earth’s and Sun’s magnetic fields can influence us. Changes in these fields have also been shown to affect our brainwaves, heart rhythms, memory, athletics performance, and overall health.

Related What Is The Schumann Resonance? | The Science of: Tesla, Free Energy, "Storms of Life", Scalar or Standing Waves, Energetic Evolution & Interconnectedness

Changes in the Earth’s fields from extreme solar activity have been linked to some of humanity’s greatest creations of art, as well as some of its most tragic events. (source)

We know how these fields affect us, but what about how we affect these fields? That’s the real question here. GCI scientists believe that because brain wave and heart rhythm frequencies overlap the Earth’s field resonance, we are not just receivers of biologically relevant information, but also senders of it. We feed information into the global field, thus creating a feedback loop with the Earth’s magnetic fields.

Human emotions and consciousness interact with and encode information into the geomagnetic field and this information is distributed globally. . . . We are suggesting in essence that this encoded information is communicated nonlocally between people at a subconscious level, in effect linking all living systems. Magnetic fields act as carrier waves for this information, which can influence all living systems – positively or negatively – within the field environment as well as our collective consciousness.

If we look at the heart, for example, it emits electromagnetic fields which change according to our emotions, and these can actually be measured up to several feet away from the human body.

These fields have been shown to affect not only ourselves, but those around us. You can read more about that here.

This research on this topic, which is still in its infancy, has immense ramifications for our world. It will further prove and highlight the great extent to which our attitudes, emotions, and intentions matter, and that these factors within the realm of non-material science can affect all life on Earth. Coherent, cooperative intention could impact global events and improve the quality of life on Earth. Practicing love, gratitude, and appreciation, as well as bettering ourselves as individuals, are some of the many crucial action steps towards changing our planet for the better.

Related Universal Coherence, Sovereignty and Self Mastery | What Science is Telling Us About Earth’s Electromagnetic Fields and the Healing Power of Coherence

Sources used not highlighted in the article:

(1) Heart Intelligence: Connecting With The Intuitive Guidance Of The Heart

I joined the CE team in 2010 shortly after finishing university and have been grateful for the fact that I have been able to do this ever since :) There are many things happening on the planet that don't resonate with me, and I wanted to do what I could to play a role in creating change. It's been great making changes in my own life and creating awareness and I look forward to more projects that move beyond awareness and into action and implementation. So stay tuned :) arjun@collective-evolution.com
found on MDT
_________________________
Stillness in the Storm Editor's note: Did you find a spelling error or grammar mistake? Do you think this article needs a correction or update? Or do you just have some feedback? Send us an email at sitsshow@gmail.com. Thank you for reading.