How Some Alien Bodies Look, Where They Come From & How Their Crafts Operate: According To Professor (FBI Document)

How Some Alien Bodies Look, Where They Come From & How Their Crafts Operate: According To Professor (FBI Document) Fri Jul 22, 2016 11:07 am

Admin
Posts : 106850
Join date : 2012-01-04
Location : Woodstock Nation
How Some Alien Bodies Look, Where They Come From & How Their Crafts Operate: According To Professor (FBI Document) 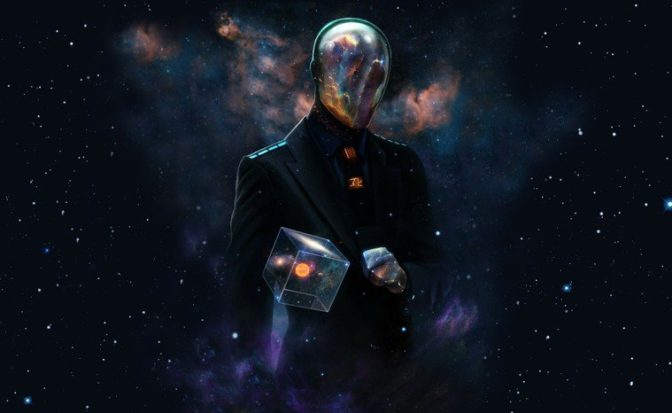 Written by Arjun Walia
With several governments around the world openly admitting to the existence of Unidentified Flying Objects (UFOs), the United States government has received a large push from its citizens to disclose the truth about their knowledge of this bizarre yet fascinating phenomenon.
As a result, in late 2014 Barack Obama’s right hand man, (Councillor) Jon Podesta, who was also the Chief of Staff under the Clinton administration, tweeted that one of his biggest regrets of 2014 was his inability to “secure the disclosure of UFO files”and that “the time to pull the curtain back on this subject is long overdue. We have statements from the most credible sources, those in a position to know – about a fascinating phenomenon, the nature of which is yet to be determined.” (You can read more about Podesta and UFOs here.)
Despite these recent public omissions, the White House still maintains that it does not have any such information. The thing is, it’s probably true, as the secrecy surrounding this subject most likely goes far beyond the government, extending into the world of private contractors and a tightly knit group of powerful international elites who control what Eisenhower called, “the military industrial complex.” He warned that this area carried the potential for a “misplaced power” to “exist and persist,” and that this was a “disaster.” (source)
(Related CE article on the black budget here.)
What we do know is that dozens of governments have declassified thousands of pages of “UFO” files which prove that they’ve had a keen interest in the subject for decades. Some of these documents are quite startling, you can see examples of what I am talking about in an article we published about what happens when the military tracks a “UFO” on radar. Read that HERE.
It’s not only international governments; the FBI, CIA, and NSA have all declassified some of the secret files, which again demonstrates a high level of interest in the phenomenon:
“Behind the scenes, high ranking air force officers are soberly concerned about the UFOs. But through official secrecy and ridicule, many citizens are led to believe that the unknown flying objects are nonsense.” – Former Head of CIA, Roscoe Hillenkoetter, 1960 (source)
Although many pages of documents have been released, Podesta’s statement (a few paragraphs above) clearly indicates that they represent only the tip of the iceberg.


The Document & Why It’s Important

The document referred to in the title of this article can be found [url=https://vault.fbi.gov/UFO/UFO Part 1 of 16/view]here[/url] (pages 21 & 22), in the FBI’s vault of declassified documents.
Although there are already many startling documents to consider (as shown in the article linked in the above paragraphs about military radar tracking of UFOs), the FBI always seems to brush off their importance, despite keeping detailed records and maintaining a high level of interest since their inception.
This particular document was addressed to “certain scientists of distinction,” to “aeronautical and military authorities,” and to “a number of public officials.”
The document is a letter that was sent to the director of FBI in Washington from the San Fransisco office, on a matter pertaining to UFOs & extraterrestrials:
“Lt. Colonel (name redacted) of G2 [G2 means army intelligence], San Francisco advised today he has no further information, and that our Seattle office is in possession of all information known by him and is handling the matter at Tacoma, Washington.”
The document goes on to provide a copy of a letter written by someone with “several university degrees” and a former “university department head.”
The memorandum also states that “the mere fact that the data herein were obtained by so-called ‘supernormal’ means is probably sufficient to insure its disregard by nearly all persons addressed.”
Key words above – the fact that they would like to “insure its disregard” by “nearly” everyone addressed. Does this mean that ‘some’ of the people addressed should not disregard it?
The letter goes on to outline and state that: ([url=https://vault.fbi.gov/UFO/UFO Part 1 of 16/view]pages 21 & 22[/url])

Remember, this is just one document out of many others that are just as startling, many of which do not attempt to undermine the import of their own contents. Here is an example.
Why have these agencies maintained such a high level of interest in this phenomenon for decades? What else are they aware of? Is this document referring to one specific instance? Is there more than one race? Are some of them “physical?” Are some “extra dimensional?” Do you think these agencies have asked the same questions? Do you think they’ve been trying to find out?
I’ll leave you with some of the best quotes we have out there on the subject, quotes that compliment all the documents that have been released. This isn’t a movie, it’s the real thing, and it’s pretty important.
Maybe knowing that we are not alone will help us to remember who we are?
“Yes there have been crashed craft, and bodies recovered. We are not alone in the universe, they have been coming here for a long time.” (source) (source) – Apollo 14 Astronaut, Air Force Captain and Founder of the Institute of Noetic Sciences, Dr. Edgar Mitchell
“Decades ago, visitors from other planets warned us about the direction we were heading and offered to help. Instead, some of us interpreted their visits as a threat, and decided to shoot first and ask questions after. Trillions of dollars have been spent on black projects about which both Congress and the Commander in Chief have deliberately been kept in the dark.” (source)
“There is abundant evidence that we are being contacted, that civilizations have been monitoring us for a very long time. That their appearance is bizarre from any type of traditional materialistic western point of view. That these visitors use the technologies of consciousness, they use toroids, they use co-rotating magnetic disks for their propulsion systems, that seems to be a common denominator of the UFO phenomenon.” (source) – Dr. Brian O’Leary, Former NASA Astronaut and Princeton Physics Professor
For more articles on this subject from CE please click HERE.
Originally posted @ Collective Evolution