The world’s largest and short lived flower which has life span of only 48 hours has bloomed in the south Indian state of Kerala after nine years. 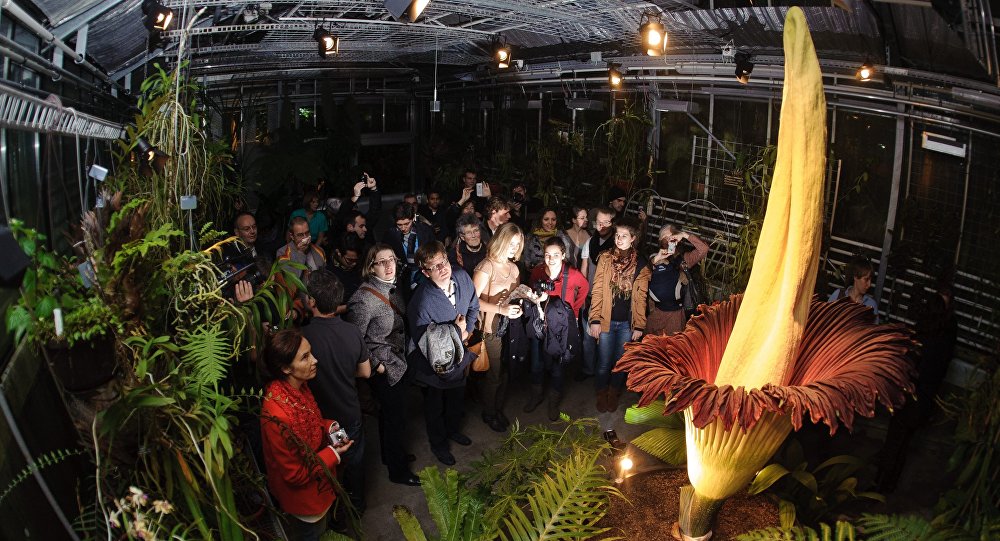 The southern coastal state of Kerala is the centre of attraction due to a rare flower which has bloomed after nine long years. People are flocking at the Gurukula Botanical Sancturay at Alattil, near Periya in the north Wayanad in Kerala to get a glimpse of the Amorphophallus titanum or the corpse flower.

Amorphophallus titanum is native to Indonesia's Sumatra region. The flower smells like rotten flesh and survives only for 48 hours.

According to the conservationist of the sanctuary, Suma Keloth, the corpse flower cannot self-pollinate. Thus, the stench it emits for pollination attracts bees and carrion beetles that live on animal carcasses.

Classified as a vulnerable species by the International Union for Conservation of Nature, the flower is the largest unbranched inflorescence in the world. It is uncommon in cultivation and blooms are even more rare. It also produces the largest leaf in the world reaching 15-20 feet high.

This plant was first discovered in Sumatra, Indonesia in 1878 by Italian botanist Odoardo Beccari, and immediately received world-wide attention due to its massive size, appearance and the nauseating odor resembling rotten flesh.

The corpse flower has been in news for its recent blooms in Chicago in April 2016, UK in May 2016 and Australia in December 2015.