OUT OF MIND » TRUTH IN CONSPIRACY THEORIES? » HISTORIES MYSTERIES » The Mysterious Waffle Rock, 300,000 million Years Old: To Ancient To Be True?

The Mysterious Waffle Rock, 300,000 million Years Old: To Ancient To Be True?

The Mysterious Waffle Rock, 300,000 million Years Old: To Ancient To Be True? 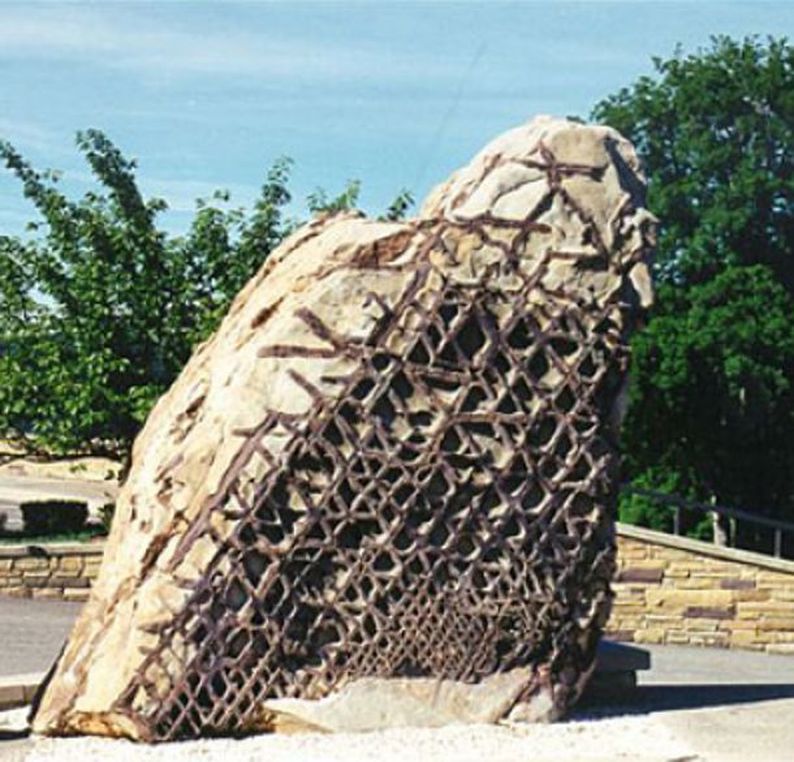 ​What is this mysterious block of stone? Is there a possibility that these are the remains of ancient technology? Or is it just another product of mother nature?

The giant rock located at the west shore of Lake Jennings Randolph continues to confound researchers and visitors alike. The enigmatic reticular formation "printed" on the side of the rock is something that has caused debate among researchers and visitors for years. Is it a simple geological oddity, or the residue of ancient technology? According to some researchers, this large piece of stone could have originated 300 million years ago.
​
Those who have seen the rock are baffled by its design and composition. The tangle of geometric patterns is so smooth that it is difficult to even imagine that this is a natural phenomenon.
Lets imagine for a minute that it is not a natural structure, does this mean that its origin is attributed to an ancient civilization that possessed some type of technology unknown to us today? And that its purpose is not just aesthetical? Ufologists who have taken interest in the rock believe that it displays marks caused by the intense radiation left over from the landing of spacecraft in the distant past.

​ Until today, no one knows for sure what he purpose of this structure is, what made it and who made it, thus everyone can venture out and propose a theory trying to explain what this incredible piece of stone is.Here is where the story of the Waffle rock gets really interestingIn 1930 a small village called Shaw was located in the area of West Virginia, U.S., it's not there any more, instead of the village there is a lake there, Lake Jennings to be precise.

The lake wasnt there in the past, it is an artificial lake that was made by the US Army engineers who installed a dam on the Potomac River which flowed through Shaw, thus creating the lake. At Shaw, there was an ancient rock known to the ancient Indians that inhabited the area. It was a sacred rock to them.

The actual discovery of the rock was made public in 1984 where it was called "The Waffle rock" due to its curious geometric pattern. This incredible piece of stone was initially buried but was moved from the area during the construction of the Dam.

After its discovery and public awareness, the rock was subject to numerous theories. All kinds of explanations were proposed, ranging from extraterrestrial technology, leftovers from an ancient civilization that inhabited Earth millions of years ago, giant reptile prints and natural geological formation theories. The first analysis of the rock was made by Colonel Martin W. Walsh Jr. who concluded that the Waffle Rock was nothing more than a natural formation.

According to Colonel Walsh Jr., sand was deposited by currents and consolidated afterwards in the curious "folds" during the Appalachian orogeny, which occurred some 300 million years ago. ​
​During this enormous alteration, the rock broke into a regular pattern, referred to as "joint" and the curious pattern was"printed" on one side of the rock.

​ Subsequently, quartz mixed with shells in the interstices, producing a mortar that was resistant to atmospheric agents, weather had its final say, as it caused erosion of the rock contained in the interstices, leaving the characteristic waffle-shaped pattern. His hypothesis however, wasnt very convincing to other researchers who believed that there was something more to this rock, something more mysterious and sacred then we could simply not understand.

Other researchers have proposed the idea of magnetic fields contributing to the formation of these curios patterns, where a thunderstorm might have influenced the creation of the waffle shaped design. Snowflakes, for an instant, are created in an electromagnetic field resembling the curios pattern on the "Waffle rock." 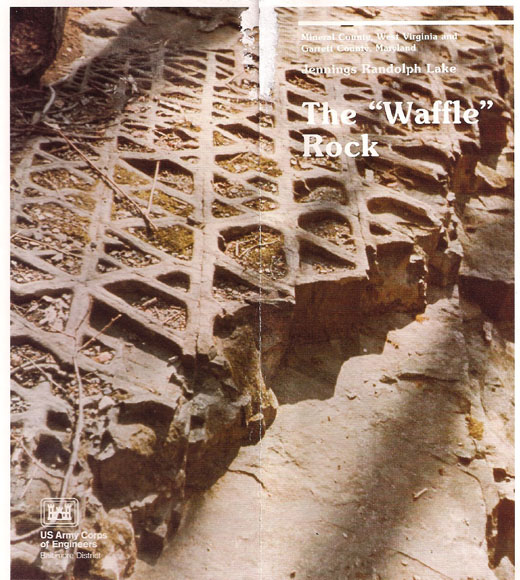 If we reject the possibility that the Waffle Rock was created by mother nature in a curious way, what theories are left? Was it the product of an ancient civilization that inhabited the area in the past? Was it part of a device or platform used by otherworldly visitors? according to ancient astronaut theorists, there is a very high possibility that the design of the Waffle rock can be attributed to marks left by the landing of a spaceship.
​
The truth? Well the truth could be anything at this point, right now we only have a bunch of theories and little answers. The waffle rock will be added to the ist of mysterious artifacts discovered to date. Until we know for certain what this incredibly strange rock is, let us know what you think might have caused these curious patterns.

OUT OF MIND » TRUTH IN CONSPIRACY THEORIES? » HISTORIES MYSTERIES » The Mysterious Waffle Rock, 300,000 million Years Old: To Ancient To Be True?