Celebrity Holistic Doctor Dies After Arrest, while in Custody! #DrSebi

e have written articles on the amazing Dr Sebi before. He rose to even more fame after his patient Lisa “Left Eye” Lopez died (he also treated the late Michael Jackson), in what some call a mysterious car accident, after leaving his facilities.
UPDATE: We have a video from Honduras with more information! (also see interview w Dr Sebi below too)

Sadly, he’s died just after being arrested (allegedly) for having over $30,000 cash on his person. There are already doubters, including those close to him, that question his arrest and manner in which he died while in his custody (which is shrouded in mystery)
Famed herbal healer, pathologist, and naturalist; holistic Dr. Sebi reportedly has died while in custody. While details surrounding Sebi’s death are slowly developing, Twitter has reacted with a wave of condolence.

According to Dr. Sebi’s homepage, he was born Alfredo Bowman in Honduras in 1933 and learned the craft of herbal healing from his grandmother. Sebi also studied with a Mexican herbalist and began a homeopathic line of products dubbed “Cell Food.”
One of Sebi’s claims to fame is his belief that rendering the body into an “alkaline state” makes it impossible for disease and ailments to exist. Sebi also created vegetable cell compounds in order to fortify the body. He also claimed to have a cure for AIDS and cancer along with a long list of other related cures.

Unconfirmed reports state that Sebi died while in Mexican custody while other posts state he was in his native Honduras when he passed.
Feel free to Tweet a condolence to the late legend with the #DrSebi hashtag.
My heart goes out to his family and friend and all those mourning this magnificent man right now.
This is the first doctor who I’ve done an article on, to die. I’ve done articles and interviews with some great living holistic doctors, who are all still alive, so I’m so saddened by this news today.
Trolls have taken our Facebook page down by mass reporting that I’m a drugs and gun dealer (really- I’ll post a screen shot- oh and I’m not ). In fact here it is below. so would you  PLEASE sign up for the newsletter now as my Facebook page is currently gone. (Update – went back up a few hours ago – but still sign up for the newsletter, if we lose Facebook, it’s really all we’ve got)
Also here’s the recap on 50+ deaths in a year in my holistic doctor series with pictures and timeline.

Seen at: Wake Up World 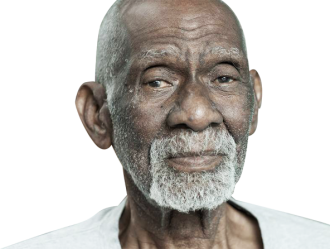 Contributing writer for Wake Up World
“When an old man dies, a library burns to the ground.” – African proverb

In the wake of more than 50 holistic doctors dying in questionable circumstances over the last year, Dr. Sebi — known as the man who developed an all-natural cure for AIDS, cancer, diabetes and other diseases — has died while imprisoned in Honduras. He was 82 years old.

Dr. Sebi died shortly after he was arrested for (allegedly) being in the illegal possession of $37,000 dollars at the airport in Roatán, an island in the Caribbean about 40 miles off the coast of Honduras. While it is claimed that Dr. Sebi was arrested on suspicion of money laundering, “there are already doubters, including those close to him, that question his arrest and manner in which he died while in custody (which is shrouded in mystery),” writes Erin Elizabeth of Healthnut News.

On another occasion Dr. Sebi was reportedly detained by authorities for carrying $30,000 in cash but was released without charge when he provided proof of the money’s source.

Sebi reportedly became sick with pneumonia while held in prison and his condition quickly deteriorated, where he was then transferred to a local hospital, Hospital D’Antoni in the city of La Cieba. “We are unsure about what type of treatment he received over the course of the last few days, both before and after being submitted to the hospital,” said a supporter of Dr. Sebi on her YouTube channel. As it stands now, information is sparse surrounding the circumstances of his arrest and subsequent death on August 6, 2016 in Barrio Ingles, La Cieba, Honduras.

A pathologist, biochemist and herbalist who adopted the “African approach” to health care, Dr. Sebi came to the U.S. from Honduras with a lofty goal: to help heal humanity of some of the most deadly diseases to afflict mankind.
According to his website, Sebi “spent decades studying plants in North South and Central America, Africa and the Caribbean” and created a line of natural disease-combating “cell food compounds used for inter-cellular cleansing and cellular revitalization”. For nearly 30 years, he reversed a range of ‘incurable’ ailments with this treatment plan.

“[Dr. Sebi] was born Alfredo Bowman in Honduras in 1933 and learned the craft of herbal healing from his grandmother. Sebi also studied with a Mexican herbalist and began a homeopathic line of products dubbed “Cell Food.”

“One of Sebi’s claims to fame is his belief that rendering the body into an “alkaline state” makes it impossible for disease and ailments to exist. Sebi also created vegetable cell compounds in order to fortify the body. He also claimed to have a cure for AIDS and cancer along with a long list of other related cures.” [source]

Through his research, Dr. Sebi believed that blood and starch in the diet are the main reasons for ill-health, specifically because both cause acidity within the body. “On the whole, an acid body will create toxic mucous and congest the system — leading to inflammation, whereas an alkaline pH will do just the opposite and support vitality,” he said.

Taking on the Supreme Court

Dr. Sebi’s work was particularly well-respected in entertainment circles, with clients including the late Michael Jackson and Lisa “Left Eye” Lopez (of the group TLC). However Dr. Sebi was best-known for taking on the Attorney General of New York in a Supreme Court trial over a newspaper ad Dr. Sebi had placed, stating: “AIDS has been cured by the Usha Research Institute, and we specialize in cures for Sickle Cell, Lupus, Blindness, Herpes, Cancer and others.” The advertisment caught the eye of the U.S. Food and Drug Administration (FDA) and the agency subsequently sued Dr. Sebi for false advertisement and practicing without a license.
But Dr. Sebi took on the Attorney General, and won. The judge presiding over the case requested that he provide one witness for each disease he claimed to have cured. When Dr. Sebi presented 70 witnesses — who had each been cured by his treatments — to the court, the judge declared him innocent on all counts.
Sadly, even with this victory — and many testimonials from celebrities and others who have been healed by the protocol — his natural treatment plan continues to be suppressed.
You can learn more about Dr. Sebi’s work here.

A post on Dr. Sebi’s official Facebook page on Saturday (Aug. 6) confirmed his passing, and — given the controversy surrounding his career and the mysterious circumstances of his death — promised to provide further details of his final days as they become available.

“[A] great healer has passed to a better place. However, his legacy and vision will live on through us all. They will not shut us down. They will not silence us! Please stand beside us in these moments of great anguish. Do not accept the propaganda of other people or news outlets. This is the only Dr. Sebi approved channel and has always and will always be his only one true voice.”

“In a world that is trying to make us crazy, sick and depressed and poor, how do we maintain our wealth, our internal wealth, in that kind of world? Dr. Sebi was helping us to understand how to do that. So in this world, that’s so crazy, in this moment in 2016, we have to devote ourselves to continuing the work…
“Sebi was a brilliantly beautiful man, who wanted to help humans live full, healthy lives. We will continue to push his lifelong work forward. Dr. Sebi lives on…”

n 2015, Dr. Sebi joined The Rock Newman Show to talk about his life, his win in the Supreme Court, Michael Jackson, and his mission as a healer.

Carolanne Wright enthusiastically believes if we want to see change in the world, we need to be the change. As a nutritionist, natural foods chef and wellness coach, Carolanne has encouraged others to embrace a healthy lifestyle of organic living, gratefulness and joyful orientation for over 13 years.
Through her website Thrive-Living.net, she looks forward to connecting with other like-minded people from around the world who share a similar vision. You can also follow Carolanne on Facebook, Twitter and Pinterest.