Eco-Consciousness and the Power of Green Anarchy

Eco-Consciousness and the Power of Green Anarchy 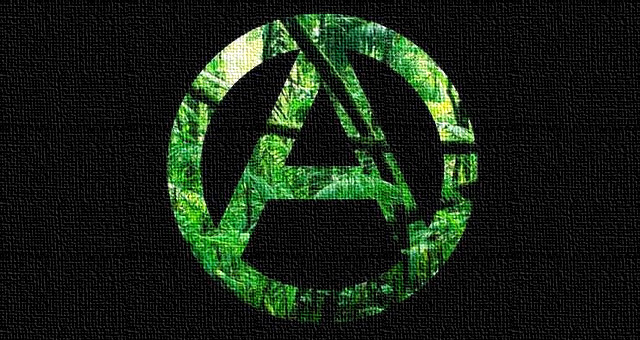 “For thousands of years we’ve been ruled by kings and emperors… ideological demagogues like Hitler, Mao and Stalin… lately by bureaucratic elites, financial engineers and omnipotent corporations… now we’re going to start calling the shots from below.”
~abillionpeople.org

Like Pavlov’s dogs salivating at the sound of a dinner bell, we keep going through the motions of being contained and domesticated humans within an unhealthy and unsustainable system while the world falls apart around us. We’re conditioned and controlled, habituated and hardened, terrorized and tyrannized. And the craziest thing is that we allow it to happen, unaware of our true power.

The question becomes: how do we inform a sick society to the level of its sickness, when it subconsciously denies the red pill of truth while comfortably swallowing the blue pill of deception? In short: how do we triumph over cognitive dissonance? How do we empower others? Wisdom just goes in one ear and out the other. Humor brings a temporary hiatus, but ultimately falls flat against practicality. Non-violent revolution is too scary and the majority of people are too cowardly to act. As H. L. Mencken surmised, “The one permanent emotion of the inferior man is fear – fear of the unknown, the complex, the inexplicable. What he wants above everything else is safety.” Indeed. So what should we do?

By far the most effective method of getting others to take notice of their unhealthy, unsustainable ways, is to live and lead by strong and healthy example. Those of us who are aware of the sickness of society must unapologetically step up and reveal our own updated, healthy, sustainable lifestyles, and then hope that people take notice. We can’t control people (that’s tyranny), but we can control how we act toward people by not trying to control them with our power but rather trying to empower them instead (that’s liberty).

So what does an updated, healthy, and progressively sustainable lifestyle look like? It is interdependent rather than merely codependent. It is eco-centric rather than ego-centric. It is eco-spiritual rather than merely ego-religious. And it practices Green anarchy rather than allowing a so-called authority to make the rules and do what it wills to the people and to the environment. Let’s break it down.

As a culture, we are excessively emotional and psychologically reliant on a failed state that vainly sets itself apart from the greater cosmos. The greatest failure of our time is a depressed and dejected codependence. We’ve become an abstraction of an abstraction, en masse. Caught up like rats in a Skinner Box cogging away at the unsustainable clockwork of a failed experiment. A precious few of us have gained the independent courage to strike out against our inner-codependence, but the greater majority is still fully-reliant on an unhealthy Goliath state to provide for them.

But independence is not enough. In fact, too much of it can lead to rampant narcissism and greedy “me-me-me!” type thinking. Sure, it’s far superior to being a codependent cog blindly milling away in the clockwork, but it’s vastly inferior to being an interdependent force of nature to be reckoned with. And then there’s morality to consider. Unreconciled codependence tends to become immoral because mass indifference leads to an unhealthy and unsustainable social dynamic such as the system we have in place today.

Unchecked independence tends to become immoral because greed and a competition-first-cooperation-second mindset leads to an unhealthy and unsustainable social dynamic such as the system we have in place today. Authentic interdependence hits the Goldilocks sweet-spot by keeping the blind comfort-junky rule-followers in line while also keeping the greedy one-upmanship of overreaching power-mongers in check. 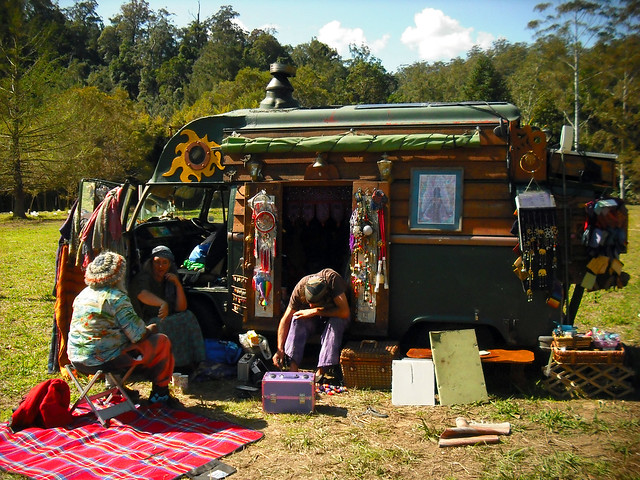 “How are you going to teach logic in a world where everybody talks about the sun setting, when it’s really the horizon rising.”
~Cal Craig

Our current existential crisis is inexorably linked to our current ecological crisis. Everything is connected (actually). The problem is we’re psychologically dissociated from this understanding (perceptually). This is due in large part to a profoundly ego-centric cultural conditioning that teaches narcissistic individualism over self-actualized selflessness. Instead of teaching self-love, it teaches self-importance. Instead of eco-centric interconnection with a vital cosmos, it teaches egocentric disconnection between human nature and Mother Nature. Instead of Self-as-world and World-as-self, it teaches self-against-self at the expense of Self.

“As the traveler who has lost his way, throws his reins on his horse’s neck, and trusts to the instinct of the animal to find his road, so must we do with the divine animal who carries us through this world”
~Ralph Waldo Emerson

I’ve written exhaustively on this subject. Here: Spirituality Vs. Dogmatic Religiosity; here: The Decimation of Church and State; here: Cracking the Cosmic Egg; and here: 7 Important Differences Between Religion and Spirituality, to name but a few. Our ego attachment with outdated religious concepts has been destroying the world (both human and non-human) for thousands of years. It’s high time we got off the dead horse of religion. It’s high time we stopped beating it to no end. Doing so just exacerbates violence. As Blaise Pascale said, “Men never do evil so completely and cheerfully as when they do it from a religious conviction.” Why is this? It’s simple: certainty. When we’re “certain” about something then we put all their eggs into that basket, to the extent that it becomes a part of our ego. Problems arise when someone comes along and reveals that basket to be a folly. Cognitive dissonance sets in and suddenly the “certain” person isn’t so certain and they defend their precious certainty. Such defense inevitably spills over into violence. Psychology 101.

The main thing to gather from this concept of eco-spirituality over ego-religiosity is the vital importance of wresting the dictates of spirituality from both the rigid ego as well as from dogmatic religions so that violence becomes less likely. Personalizing spirituality while also integrating interdependently, is vital to human flourishing. Especially since our flourishing depends upon the world flourishing in turn. As it stands, our incessant ecological belligerence and immoderate overindulgence is destroying the fundamental flourishing of the world, and then we have the audacity to wonder why we (as a species) cannot flourish in a healthy way (that is, in accordance with a greater cosmos that makes or breaks us). In short: we must make Nature our church, and Love our religion spirituality. 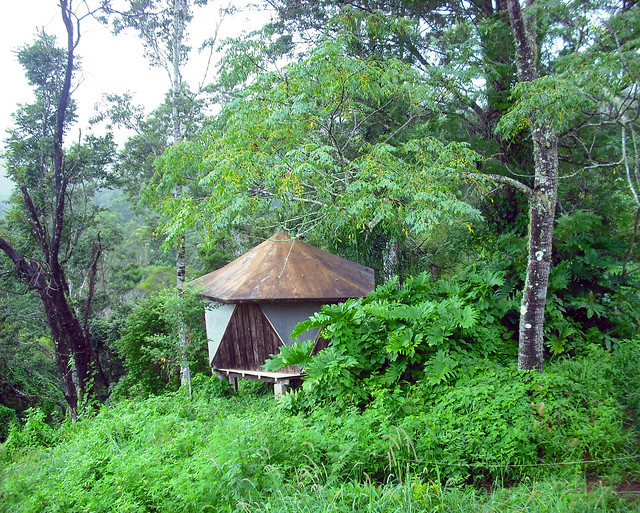 Green Anarchy Over the State:

“Anarchism is founded on the observation that since few men are wise enough to rule themselves, even fewer are wise enough to rule others.”
~[url=https://www.amazon.com/gp/search/ref=as_li_qf_sp_sr_il_tl?ie=UTF8&tag=wakitime09-20&keywords=Edward abbey&index=aps&camp=1789&creative=9325&linkCode=xm2&linkId=9e199f9ec41910a9e6c284786e48944c]Edward Abbey[/url]

What makes the State wrong (unhealthy) exactly? The simple answer is: concentrated power. Most of us understand that “power tends to corrupt, and absolute power corrupts absolutely (Lord Acton).” We understand this on an intellectual level, but then we fail to fully rationalize it on a psychosocial level. But it affects us all (Mother Nature included). Civics affects us all, especially the understanding (or lack thereof) of power. As [url=https://www.amazon.com/gp/search/ref=as_li_qf_sp_sr_il_tl?ie=UTF8&tag=wakitime09-20&keywords=Malcom gladwell&index=aps&camp=1789&creative=9325&linkCode=xm2&linkId=00410c4fe4a64d2ea7fd3d903bdbb9e1]Malcom Gladwell[/url] intuited, “There comes a point where the best-intentioned application of power and authority begins to backfire.”

Now enter green anarchy. Green anarchy transforms egocentric individuals (the State) into eco-centric and interdependent forces of nature. How? By utilizing the power of our independence for a natural cosmic order rather than against it (interdependence). By personifying Nature itself through our own eco-conscious presence. Green anarchy is self-mastery in the face of masters, self-rule in the face of rulers, and self-empowerment in the face of those who seek power over others; all while embracing healthy, sustainable, moderate, and balanced values against the unhealthy, unsustainable, immoderate, and unbalanced State. It’s a pissed-off David strategizing eco-consciously and improving his eco-moral aim against an immoral Goliath State.

Green anarchy is a verdant fist crushing the glass house of an unhealthy culture, revealing that nature and the human soul have always been connected. We’ve just forgotten about it due to rampant nature deprivation and the egocentric dissociation of church and state. Green anarchy gets power over power by shattering the illusion of tyrannical power with the hard-earned truth of authentic power: discovering a balance between nature and the human soul. It doesn’t seek power; it empowers. And thereby gains prestige. As Chief Red Eagle stated, “Angry people want you to see how powerful they are. Loving people want you to see how powerful you are.” The Green anarchist is in love with freedom, and so empowers others to be free.

About the Author
Gary ‘Z’ McGee, a former Navy Intelligence Specialist turned philosopher, is the author of Birthday Suit of God and The Looking Glass Man. His works are inspired by the great philosophers of the ages and his wide awake view of the modern world.

This article (Eco-Consciousness and the Power of Green Anarchy) was originally created and published by Waking Times and is printed here under a Creative Commons license with attribution to Gary ‘Z’ McGee and WakingTimes.com. It may be re-posted freely with proper attribution, author bio, and this statement of copyright.