Does Greece have titles to a lot more ready money than it thinks? 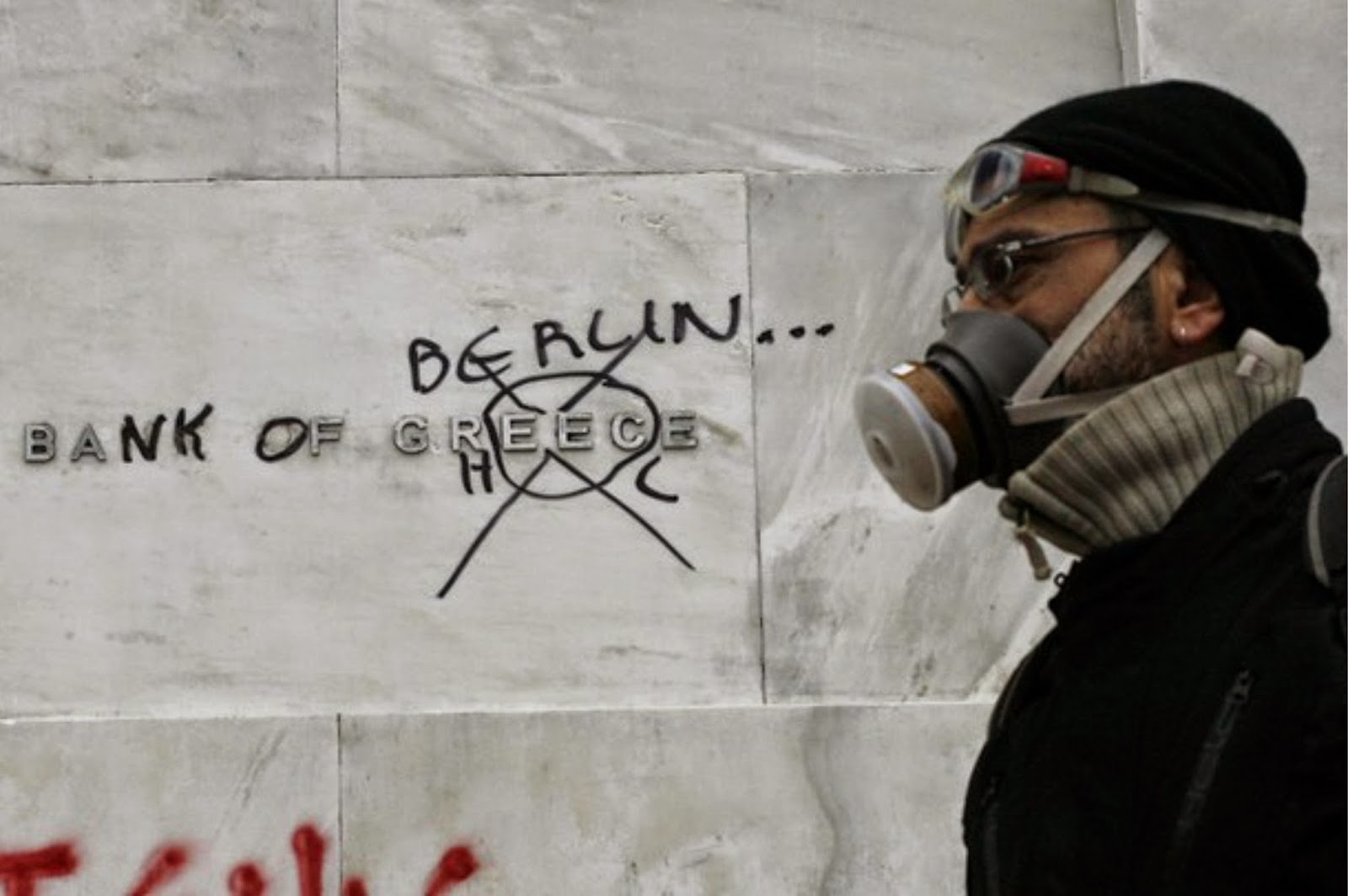 The detailed content of The Black Book has not yet been disclosed, but it may confirm a story that has been circulating on the web via alternative news outlets for several years.

The story is this:

On Friday 25th January 2008, White Spiritual Boy funds in the following ten off-ledger black screen Greek bank accounts were recorded to have held, collectively, audited (but untaxed?) sums in excess of thousands of trillions of $USD:


Two questions beckon:
(1) Where is all that money now?
(2) Where are the Documents of Title to the precious metals in Asia (specifically, in the Philippines) which back that money?

The answer to both these questions must be known in Brussels, because it was the exploitation of that knowledge which enabled the establishment of the new fiat Euro currency in January 1999. UK insiders also knew, and that is why the UK was rather careful not to join the EuroZone.

The identity of White Spiritual Boy (the account holder and lead signatory of all accounts bearing that name) has been a matter of much discussion on the web. White Spiritual Boy, it appears, was King Anthony Santiago Martin. He died in 1985, four years before Ferdinand Marcos. There have been at least four other Anthony Santiago Martin sock puppets doing the rounds since then. Neil Keenan says that these are just agency fakes, trolling around trying to get at the precious metals. The gold still exists. It is held in the Asian-controlled Global Collateral Accounts.

A lot of Western-backed scamsters, counterfeiters and false personae have been involved nosing around the Asian gold depositories in recent years. Their aim has been to get a bank somewhere, or a credulous person with money, to believe that they hold the titles to the gold. These people have been active, in particular, in Indonesia, the Philippines, Thailand and South Korea. One tactic is to use the White Spiritual Boy account data as evidence of their executive bona fides.

It also references the expert forger of World Bank and other financial documents, Wilfred S. Sarurin. This character is understood to have made a lot of money over the years, working for, or hoodwinking, a variety of gullible power groups. Wilfred S. Sarurin is also known as Wilfredo Sarabia Saurin, Yohannes Riyadi and James Riady.

On the 9th July 2015, Neil Keenan's team (Group K), published a follow-up piece here. This commented on the rôle of Jerzy (Zap) Babkowski, who was an associate of Bo Mikael Lindström.

The preamble to the document dated 25th January 2008, which lists the ten Greek banks above (along with many others in other countries), reads as follows:

Filipino People's Account handled by Anthony Santiago Martin
GENERAL CONFIRMATION
These Banking Institutions, with full banking responsibilities, generally have declared, certified and reconfirmed the Validity, Veracity and Existence of the Off-balance Fiduciary Bank Account Record Sheet (all accounts are drained in cash funds since year 2000) but having Sovereign Guarantee by Precious Commodities preserved and untouched in the Philippine Islands, permissibly engraving of Multi-currency Bills in the Philippine Islands (99%) and/or in the United States of America (1%) and written in US Treasury Notes (top secret) and have been released its actual updates of the audited balances accounts, EXCEPT THOSE RED COLORED ACCOUNTS THAT HAVING UNCHANGED AND IRREVOCABLE BALANCES OF US$ Infinite (INFINITE DOLLAR), the actual estimated, accumulated and presumed amount of US$ 200, 000, 000, 000, 000, 000, 000, 000, 000, 000, 000, 000, 000, 000, 000, 000, 000, 000, 000 per account given on this date January 25, 2008 although having been drained and these Authorities reconfirmed, declared, certified and reconsidered the veracity and validity of all herein bank account information entitled and inherited to the People of the Philippine Islands (70%) and the world (30%) under the trusteeship, management and control of ASBLP Group of Companies and Bank of ASBLP represented and chaired by HM, King Anthony S. Martin, Holder of UN Diplomatic Passport no. UN – 00191 – 01. All Accounts herewith are densely coded into 4 (four) unchanged codes: White Spiritual Boy, Spiritual Wonder Boy, Morning Star and King David however it depends upon the requisition and desire of C3 – AM – 01 in his papers together with the inclusion of any herein confirmed fiduciary heritage accounts except Falcon 1 up to Falcon 999*** that requested by former World Bank Pres. Robert S. McNamara by phone (also drained in cash funds since year 2000). Said fiduciary bank accounts are amenable to change its original position and information upon requisition of C3 – AM – 01.

(AB note: It is not clear who compiled this Filipino People's Account document.)