We now have the technology to take ET home.” –Ben Rich, CEO of Lockheed Skunk Works, 1993. The story behind this quote is an interesting one. At a lecture held in 1993 at the UCLA Alumni center, Ben Rich, the former CEO of Lockheed Martin Skunk Works held a speech about the advancements in space engineering during the previous 40 years.

He concluded with the quote about taking ET home while the final image in his slide presentation showed a “black disk zipping out into outer space.”

Over the years, the Skunk Works division of Lockheed has designed and built a number of high-tech aircraft such as the U-2, the SR-71 Blackbird, the F-22 Raptor and the F-117 Nighthawk.
Taking this into account, some have drawn the conclusion that Rich alluded to advanced technology being secretly developed and it might be responsible for some of the flying disks we see today.
Seems too far-fetched? We’re on the same page but wait, it gets better.
In 2001, British systems administrator Gary McKinnon hacked his way into 97 U.S. military and NASA computers. He intended to find top-secret files regarding free energy but stumbled upon something bigger.
McKinnon claimed to have uncovered a spreadsheet containing names and information about “non-terrestrial officers” and transfers between fleets.
He cross referenced these names with a database of all U.S. Navy and military personnel but was unable to find any of the officers. McKinnon therefore concluded they were not of this world and labeled them as “Space Marines”.
In an interview with the BBC, he said he had been motivated by The Disclosure Project because:

“They are some very credible, relied-upon people, all saying yes, there is UFO technology, there’s anti-gravity, there’s free energy, and it’s extraterrestrial in origin and they’ve captured spacecraft and reverse engineered them.”

McKinnon was discovered just as he was examining the image of a UFO stored in a NASA computer in Johnson Space Center’s Building 8. Caught in 2002, he was facing up to 70 years in prison and several million dollars in fines.
However, the U.K. never extradited him to the U.S. and McKinnon managed to avoid prison. Some say that he was able to do so because he had amassed sensitive information that he used as leverage.
He maintains his claim that extraterrestrial spacecraft have been captured and reverse-engineered and now the alien technology is being used by entities in our own figurative backyard.

This brings us to Solar Warden. According to conspiracy theorists, Solar Warden is an ultra-secret project that maintains a fleet (or several fleets) of spaceships that are operating within our solar system. Some say they’re defending us against alien threats. Others say they’re involved in the covert colonization of space. 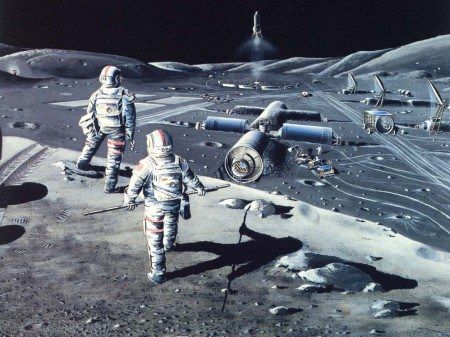 Such a fleet would require technology way ahead of what we’ve currently got. In order to send manned missions into the far reaches of our solar system we’d need exotic materials and propulsion systems. But there are some who claim we already do.

“I suspect that in the last 60 years or so, that there has been some back-engineering and the creation of this type of equipment, that is not nearly as sophisticated yet as what the apparent visitors have.” – Dr. Edgar Mitchell, the sixth astronaut to walk on the Moon

Even so, who would have the coin required to fund such a venture?
The United States’ black budget for 2014 amounted to some $52.6 billion and they plan on spending around $58.7 B this year. But even this astronomical sum isn’t enough to fund or maintain a secret space fleet. And that’s when conspiracy voices start mentioning the deep black budgets.
As it turns out, there might be UFOs that were built on Earth, based on technology that originated elsewhere in the universe, and we might actually have a secret space fleet [capable of interplanetary travel].
Source