OUT OF MIND » THE INSANITY OF REALITY » ILLUMINATI AGENDA & WORLD DOMINATION » What’s Hidden in the Vatican Secret Archives? 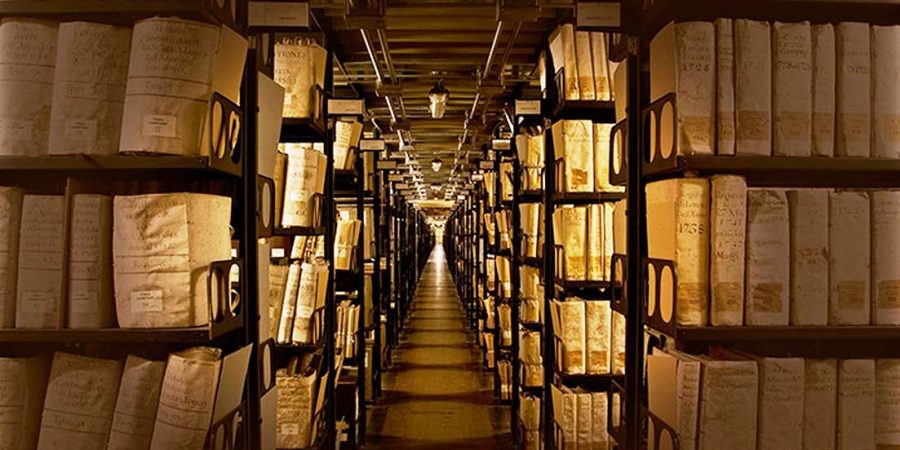 
Some believe it houses evidence of extraterrestrial life. Others, ancient texts that disprove the existence of Jesus. Perhaps dark truths that would discredit and destroy the Church?

A mistranslated Latin word may be responsible for the conspiracy theories about the Vatican Secret Archives. In fact, the actual contents can stand on their own without delving into the absurd.
The archives, or Archivum Secretum Apostolicum Vaticanum, contains historical records chronicling intriguing historical events. Its contents, once plundered by Napoleon and moved to Paris, span 12 centuries.
There’s the document that began the Protestant reformations: Pope Leo X’s 1521 decree excommunicating Martin Luther.
A 1530 petition from 85 English clergymen and lords asks Pope Clement VII to annul King Henry VIII’s marriage to Catherine of Aragon. The seals of many of the signatories were affixed to the petition, each held in place by red ribbon. This is considered the source of the term “red tape.” Clement refused, of course, leading to the establishment of the Anglican Church.
Michelangelo penned a letter to the pope warning that Vatican guards hadn’t received paychecks in three months, and that they were threatening to walk off the job.
A year after Columbus landed in what became North America, Pope Alexander VI issued Inter Cetera, the 1493 papal bull that split the New World between Spain and Portugal.
There are letters from Abraham Lincoln as well as Jefferson Davis, who wrote to try to convince Pope Pius IX that the South was an innocent victim of Northern aggression. Neither man was Catholic. 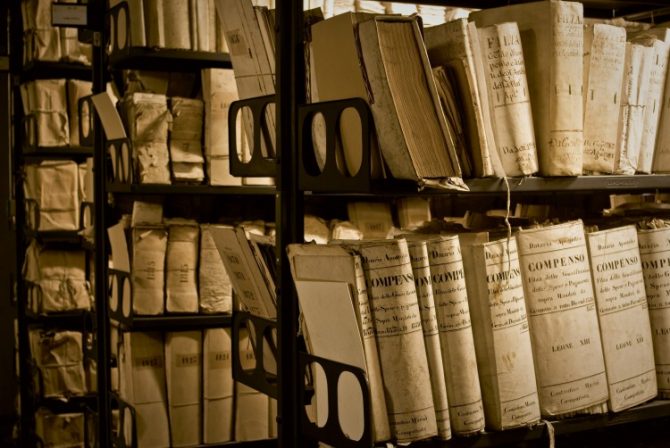 The doctrine of the Immaculate Conception, the notion that Mary was conceived without original sin, was articulated in 1854 on a piece of parchment that’s in the archives.
Famous Vatican trials were recorded with handwritten transcripts that are housed there, including cases against the Knights Templar in the early 14th century and astronomer Galileo Galilei in the 17th, who was tried by the Vatican for heresy and forced to spend the rest of his life under house arrest.
When Sweden’s Queen Christina abdicated in 1654, she converted to Catholicism from Lutheranism, moved to Rome, and today she is one of the few women buried in St. Peter’s Basilica. There’s a letter to the pope announcing her conversion.
Interesting, sure, but hardly the stuff of Dan Brown novels.
Secretum, the Vatican says, translates more accurately to “personal” than to “secret” and refers to the private letters and historical records of past popes. In fact, the archives haven’t been secret since 1881, when Pope Leo XIII opened them up to scholars.
Pope Paul V created the Secret Archives in 1612. Four hundred years later, the Vatican celebrated by making 100 items available for public viewing for the first time. The exhibit, Lux in Arcana, shed some light on the papal past and provided some color to events that shaped history.
David Kertzer spent years researching in the Secret Archives for his recent book, The Pope and Mussolini. He writes that Pope Pius XI, and his secretary of state, who became Pope Pius XII, made deals with Mussolini to protect the Church’s interest in exchange for silence on state-sponsored anti-Semitism, a conclusion at odds with the Church’s account.
“People talk, scholars talk. Are there things that aren’t being made available because they’re seen as unflattering from a Church point of view?” Kertzer, an anthropology professor at Brown University, said.
Still, Kertzer said, the Secret Archives are staffed by professionals, and “there’s an appreciation of serious historical scholarship.”
That’s not to say that the holdings are easily accessible.
Scholars enter through the Porta Sant’Anna, pass Swiss Guards, walk through the Cortile del Belvedere, and present credentials that must be renewed every 6 months. Journalists, students, and amateur historians aren’t welcome.
Once admitted, there’s no browsing. Instead, researchers request specific documents, using bulky catalogues, some handwritten in Italian or Latin. They can request up to three folders each day.
If in just a few minutes they realize that what they’re seeking isn’t in the requested folders, they’re forced to pack up for the day – a challenge for scholars on a deadline or those who have traveled long distances.
Computers are allowed, but photos aren’t, which means long sessions in the third-floor reading room typing notes.
What’s next?
The sitting pope decides when to expand the archives.
Pope Francis is considering when to open the full archives of Pope Pius XII, the man dubbed “Hitler’s Pope” by some, but whose cause for canonization is championed by Church traditionalists who say he hid Jews from the Nazis.
For the Vatican, mystery and palace intrigue come with the territory. But for a department whose official name includes the word secret, there is transparency around many items known to be housed there.

OUT OF MIND » THE INSANITY OF REALITY » ILLUMINATI AGENDA & WORLD DOMINATION » What’s Hidden in the Vatican Secret Archives?