OUT OF MIND » TRUTH IN CONSPIRACY THEORIES? » HISTORIES MYSTERIES » Liquid Mercury Found Under Pyramid at Teotihuacan

After 10 years of research, archaeologists have stumbled upon an unexpected clue to one of the biggest discoveries ever made at the archaeological site of Teotihuacan. Some months ago Mexico News Network covered the discovery of a 100m long tunnel under the pyramid of the Feathered Serpent. Since then, researchers have recently found “large quantities” of liquid mercury.
I will never give away, trade or sell your email address. You can unsubscribe at any time.

It is believed that the mercury had been placed there on purpose. In fact, this metal has been found at three other archeological sites, mostly of the Maya culture. Researchers believe that it may have held ritual significance, perhaps to symbolize some sort of river to the underworld. 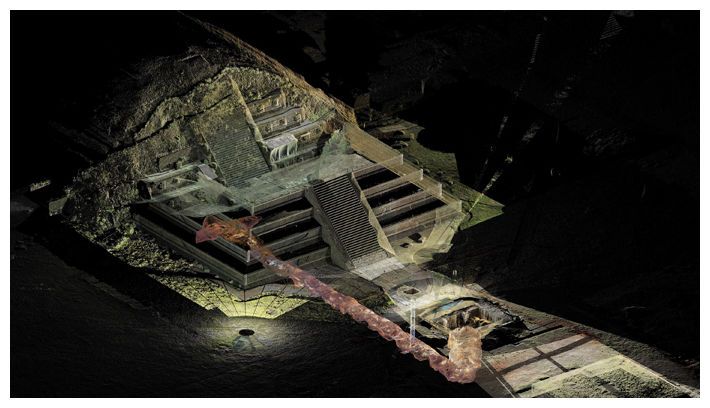 Mexican researcher and head of the team, Sergio Gomez stated that this discovery may serve as a guide to what may very well be the first royal tomb to be found in Teotihuacan. Deep in the tunnel there are three chambers and some of them may be the final resting place of a monarch. 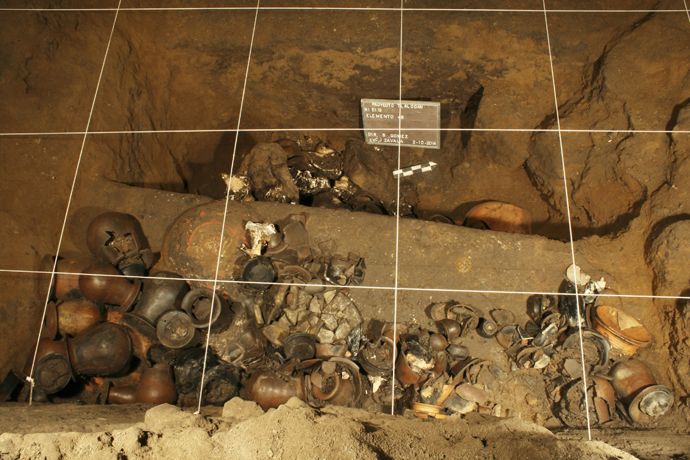 Should this be the case, it may shed light on the largely unknown history of this civilization and its political society. At its peak of splendor – between 100 and 700 A.D. – Teotihuacan had a population of around 200,000. 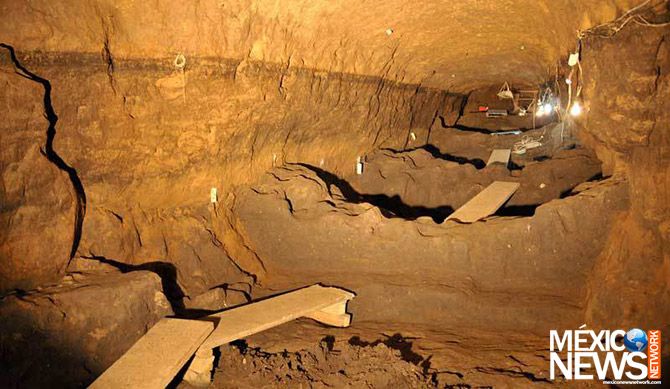 Quoted in El Universal, Mexican archeologist Linda Manzanilla pointed out that Teotihuacan was governed by a council of four “co-rulers”. This might explain the absence of a main palace or the depiction of monarchs on its murals. She also added that what Gomez may have found could be the remains of one of these ancient rulers. 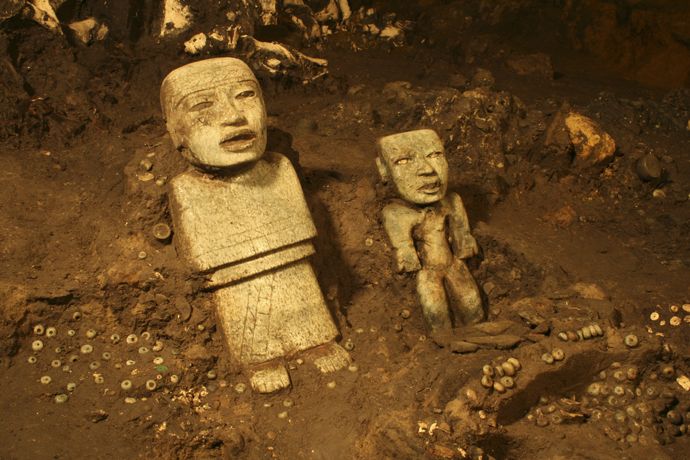 Teotihuacan lacks any written records which leaves little to work with in deciphering the city’s history prior to its abandonment, which is calculated to have taken place in the 7th or 8th century. Even the name “Teotihuacán” (náhuatl for “birthplace of the gods”) was given centuries after the collapse by Aztecs who found the ruins and believed the site to be a sacred place where the gods used to live.
The city, dubbed the abode of the gods in the ancient language Nahuatl, was once the nucleus of an empire. About 200,000 people are thought to have lived there between 100 and 700 A.D., until its residents mysteriously hightailed it away. The city remained largely intact, but much is unknown about its people, how life flourished there and who was in the seat of power. Also unknown is whether power was passed down through a dynasty or if the ruler was an overlord. 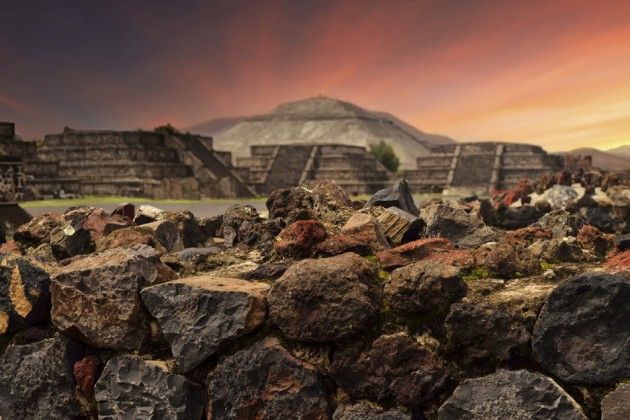 Due to thick humidity and mud in the area, few excavations have been attempted at the site. The Spaniards did so in the 17th century, but no real progress was made until the 20th century.
Upon unsealing the tunnel in 2003, Gómez and his team dug up treasures including jaguar remains, enormous seashells, jade statues and rubber balls. The team in November 2014 discovered three chambers at the end of the tunnel, which had remained intact for about 1,800 years.
For now, it’s unclear how the Mesoamericans living in Teotihuacan used the metal. But it’s also been found in other excavations throughout Central America, specifically in Mayan ruins farther south. Mercury, which is highly poisonous, was regarded as a rarity among Mesoamerican people, and may have borne ritualistic significance given its reflective properties.
In an interview with Reuters, Gómez said the mercury, which may have been used to symbolize an underworld body of water, could possibly lead researchers on a path to a royal tomb long believed to sit underneath Teotihuacan. The speculation isn’t mercurial on their part: In Mesoamerican lore, reflective surfaces, such as mirrors, functioned as portals into both the future and as the river that they believed carries us all after death, something not unlike the Styx from Greek mythology. 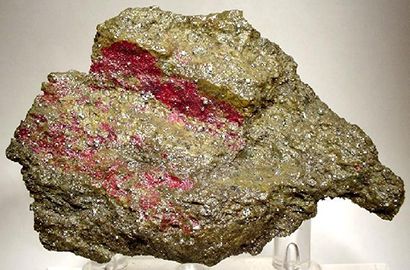 Much work remains to be in done digging out the tunnel, and with uncoding the hieroglyphics scattered throughout the city. But Gómez believes the team will complete its dig by October, and an announcement of the findings is expected later in 2015. U.S. archaeologist George Cowgill, who’s devoted his life to unearthing the site, said the mercury find is just the beginning. “It’s still very uncertain, and that is what keeps everybody in suspense,” he told Reuters.
Mesoamerican lore believes that reflective surfaces, such as rivers, can be portals into supernatural realms and symbolize death, such as the river Styx from Greek mythology.
Source

OUT OF MIND » TRUTH IN CONSPIRACY THEORIES? » HISTORIES MYSTERIES » Liquid Mercury Found Under Pyramid at Teotihuacan

» Liquid Mercury Found Under Mexican Pyramid Could Lead To Hidden King’s Tomb
» Pool Of "Liquid Mercury" Beneath Teotihuacan?
» Why was there liquid mercury under the Pyramid Of The Moon?
» Secret tunnel found under Teotihuacan pyramid
» TEOTIHUACAN PYRAMIDS - THE PYRAMID OF THE SUN - EXCLUSIVE PYRAMID FOOTAGE