A large annular eclipse will cover 97% of the Sun on Thursday, September 1, 2016.
The whole event will last from 06:13 - 12:00 UTC and will be visible across central Africa southwards to Madagascar and into the Indian Ocean. The partial eclipse will be visible across most of Africa and parts of the Middle East.
The instant of greatest eclipse will take place at 09:06 UTC on September 1, 5.4 days before the Moon reaches apogee and 10 days after perigee. During the eclipse, the Sun is in the constellation Leo.
At the point of maximum eclipse, it will last 3 minutes and 6 seconds.

Video courtesy Larry Koehn
This eclipse belongs to Saros 135 and is number 39 of 71 eclipses in the series. All eclipses in this series occur at the Moon’s ascending node. The Moon moves southward with respect to the node with each succeeding eclipse in the series and gamma decreases.
This annular solar eclipse is followed two weeks later by a penumbral lunar eclipse on September 16, 2016.

Image credit: Fred Espenak, NASA/GSFC
An annular solar eclipse occurs when the Moon's apparent diameter is smaller than the Sun's, blocking most of the Sun's light and causing the Sun to look like an annulus (ring). An annular eclipse appears as a partial eclipse over a region of the Earth thousands of kilometers wide.
​Links for the Annular Solar Eclipse of September 1, 2016: 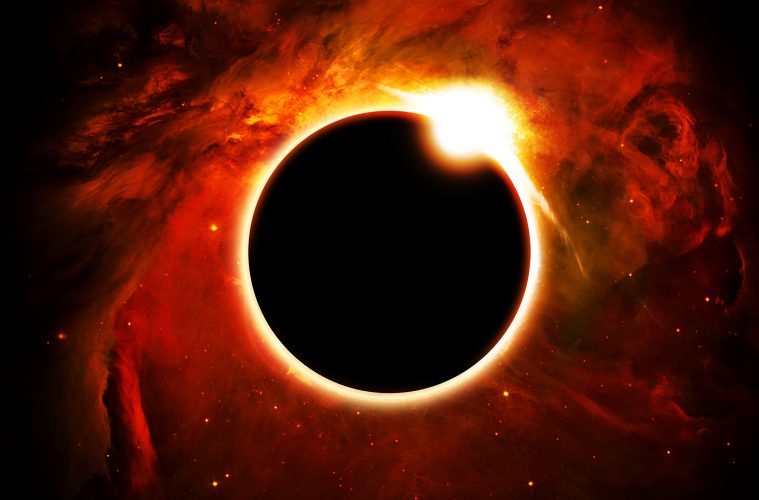 We are having a power annular Solar Eclipse in Virgo on September 1st, days after Mercury went retrograde in the same sign. It will be visible in its totality from Central Africa and partially in Southern Africa. The peak will occur at 9:03am Universal Time but will begin just under 3 hours beforehand. However, even if it is not visible from your location, its astrological significance will be reflected throughout the entire world as all eclipses and planetary configurations are.

This type of eclipse (annular) is commonly referred to as a ‘Ring of Fire’ because when it is in its totality, the Sun’s light forms the lit up edges, appearing as a ring. This is due to the Moon being close to its Node and apogee, which is when it is farthest from the Earth. During a Total Eclipse, the Moon is also close to the Node, but instead at its perigee, which is when it is closer to the Earth and appears bigger.
Solar Eclipses are very potent New Moons that generally happen every 6 months. Astrologically this is recognized as a time of powerful changes and new beginnings in specific area(s) of our lives. These changes build up in the 6 weeks before and play out during the following 4-6 month period leading up to the next one. However, this upcoming month is when we will see most of the shifts taking place.
Everyone will have their own unique experience of this energy, and for some people it will be stronger than others. However this plays out for each of us also depends on how it interacts with each of our natal astrology charts (based on exact birth time). 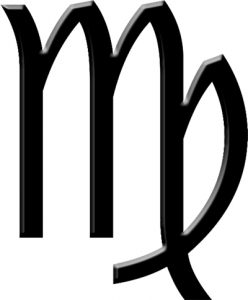 This is the 4th of 5 Solar Eclipses occurring in the polarity of Virgo and Pisces, which started in March 2015. This is a 2.5 year period in which we are creating powerful changes, with an emphasis on moving toward the Virgo side of the polarity, as this is where the North Node is located during this period. The Virgo themes get really amplified during the month of this eclipse because of Mercury retrograding in the same sign, and it also the last Solar Eclipse in Virgo of this series.
Virgo represents responsibilities, health, productivity, work, skills, and day-to-day routine. It is analytical but also about purity, cleanliness, and perfectionism. This is a period when situations and circumstances come up that ask us to integrate some of these aspects more so then ever.
Mercury retrograde is going to really help us see things in a new light and also set us up to get into gear for the following months. However, we also need to consider that due to everything that is happening this month, many of our current expectations will be changed as things unfold.

Saturn and Neptune have been in a square aspect since fall 2015, and it will finalize this month. This eclipse is highly activating, as it is forming a ‘T-Square’ pattern with these two planets.
Saturn and Neptune have been playing out in different ways since this period began. Many people may have been experiencing conflicts with boundaries, and for some people, this energy has had an effect of dissolving structures. 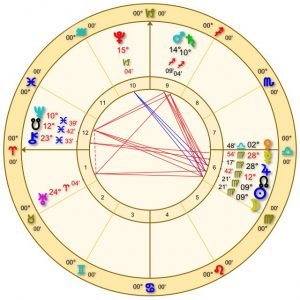 Considering that these planets will be having their final square, occurring near eclipses and during Mercury Retrograde, there is a strong theme of really needing to get realistic with our dreams, delusions, and/or lack of groundedness.  Saturn is at the apex of this pattern and it represents discipline, restriction, boundaries, commitment, reality, and focus. It is in the sign of Sagittarius, which represents our beliefs, perspectives, and higher education.

Jupiter will be entering Libra on September 9th and it will stay there until October 2017. It is currently in Virgo and has been there since August 2015, creating a landscape in which many feel overwhelmed with tasks and duties, both personal and professional. It is now finishing up what it started then.
As it transitions into Libra, Jupiter brings growth and expansiveness around relationships, partnerships, equality, and justice. Generally, this will be a great year for relating and connecting with others and also good for social movements (like Black Lives Matter, for example) as this sign is about balance and considering different sides and perspectives. Libra is also associated with beauty, design, and creativity, which can also be stimulated by Jupiter as well.

Things to Consider During This Period

Consider which Virgo-themes coming up now for you may have also surfaced in the last 6 weeks. Also factor in what has been playing out since August 2015, since there is a connection between this period and things set into motion at that time. This is the next and final step for this evolution that has been unfolding. If you haven’t already done so, you may want to check out my Mercury Retrograde article which has a timeline at the bottom.
How can you make your life more efficient and productive and what is preventing that? What are your counterproductive patterns (and/or habits) and how can you rearrange your lifestyle in 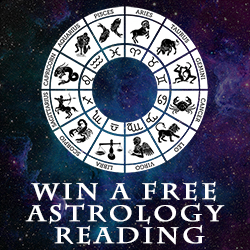 order to transcend them? What do you need to do to improve your health and overall well-being? Some people have been experiencing health complications, which is the body trying to get your attention to make positive changes. Pay attention to any signs like that.
Perhaps you need to organize your space(s) and your life better? Considering the combination of Virgo and Libra energy, you may want to look into Feng Shui. It is an ancient system of organizing your space that feels good and helps to create more harmony and success in your life.
If you wish to do intentions for this eclipse, it is best to do it within the first 24 hours following the exact moment of when the New Moon (eclipse) begins. It will be at 9:03am Universal Time, you can click here to find out for your time zone.
—
Receive future astrology articles by Carmen Di Luccio by clicking here to join his mailing list. Carmen also offers personalized astrology readings/consultations based on your exact birth date, time, and location. Click here for more information.