A Case of Planetary Claustrophobia 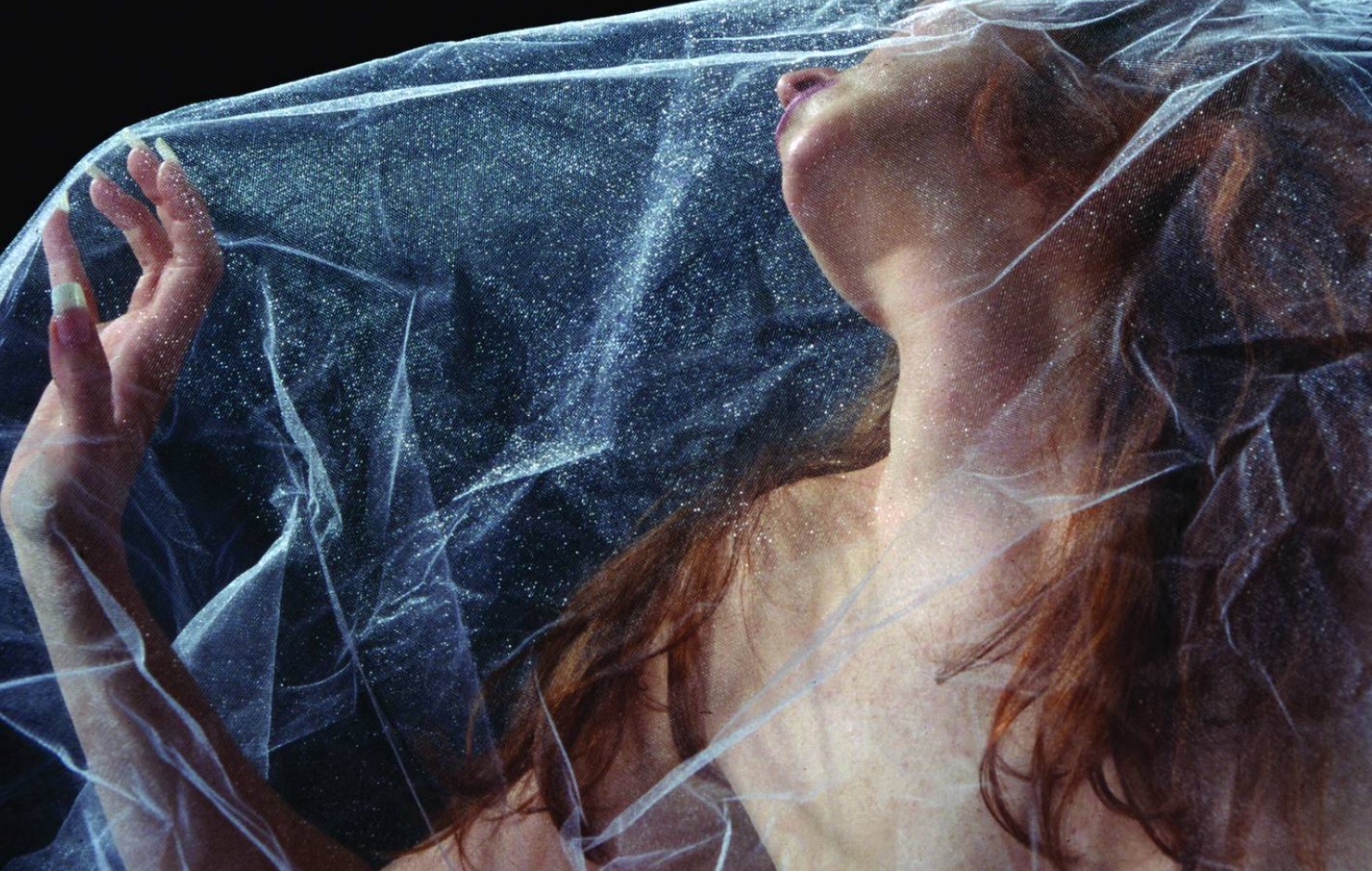 It’s a fairly profound spiritual – no matter what spirituality – experience to see, feel, taste and touch, that this planet is at its breaking point.
Spiritually, it’s a hard nut to crack.
People, good people, being caught in a massive event of Planetary breakdown, either by the geopolitical climate, the climate in the system and yes: Just the Climate.
We have The System and the consequences of what that system is all about: Abuse, on every level, fueled by greed. The citizens consuming whatever new bone they are served with, consuming for the sake of consuming, trying to fill a void inside of lost spiritual horizons, which basically means, don’t take more than you need, and that new thingy you’re thrown is really just an update of the commodities you also bought last year or the year before.
And that is not taking into account those outside waiting to hit Consumer City, which is somehow understandable since they never had the chance of pursuing the American Dream, which proved to be a nightmare.
The System disrupting the collective vibe of: What is the meaning to this life?
Answer: This thingy: That just being a small corner of the degrading of Spirit in the Matrix. And that is also maybe the first thing that we try to disengage from when we are talking about stepping out of the Matrix. People become aware, when they have had enough empty calories and would like to go for the nutritious stuff. But this is beyond being Aware (I don’t use the term ‘Awake‘ anymore). 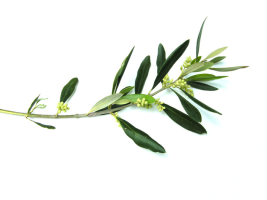 I am not very keen at analyzing planetary events using a financial measurement, since it doesn’t make sense to me in a world that strictly measures everything in equivalence with the financial system.
Having essential food for the populations regulated by stock markets, is a crime against humanity.
Greed gone into what is a necessity for billions of people cannot be defended on any level and yet the System holds on to: Love between Mankind, through its distorted manufacturing of Religion, used as a tool, absolutely washed out of any kind of spiritual value other than bowing down to God’s will, read: The System’s will. I touched upon that on another occasion.
Fukushima, Hunger, Droughts, Scorching Heat, Dead Oceans, Deforestation on a scale of despising the Planet; the System knowingly being engaged in cutting its own lungs out for the sake of the demand in the local IKEA for commodities not really needed.
Seismologists recently pointed out that the Earth is now in a seismic period.
Scientists recently pointed out that the Planet’s magnetic field is about to breach: Our planetary firewall against Cosmic events, Space Weather and the influx of radiation from Space. Rivers polluted by accident? Megacities in China turning into deadly traps for the canaries in the coal-mine: 4000 people in China die of pollution every day. Multiply that number by industrial contries and we have the death toll of: Well… But, you have to quit smoking or people get offended! Clever move.

We can’t eat Tuna anymore. We can’t trust our foods, and now we have a text message on our smart phone, which easily could have waited until we got there, as it did before.
In Dystopia we all stay connected – which is another attack on the more spiritual – we are all connected, since simcard connectivity is disconnecting us from using our divine senses.
On a spiritual note: When the system found out that people started to wake up to synchronicity and intuition as a step in our spiritual/human evolution, it diverted that skill into a Unit, a Device, and people basically plugged into that, on the account of artificial connections seduced by high tech. Oh my, and by the same stroke of deception it made sure that it would harm us on the fly. It’s more or less official isn’t it – that the units we were ‘given’ are making us brain damaged and cancer driven in the long run.
Have you noticed that they say: Apple has given us the iPhone!
Apple doesn’t give you anything. You have to pay for it!
Big industry doesn’t give anything – it takes everything, terraforming Gaia, and some kid in the Congo dies at the age of nine in order to dig out the minerals they use in order to make their overhyped and deceptive ‘presents’. If it wasn’t so sad it would be a bloody joke that no one would even consider touching with a stick.
Again: That’s just minor things in the big picture. But as we well know, if we keep connecting the minor things, which we maybe could easily do if it weren’t for the eerie presence of thousands of other minor issues this planet has, it just goes: ‘Biblical’.

That’s the architect of the claustrophobia. A giant wave of misdoings rolling in, and it will break and flush us out into the toxic seas. We can’t eat Tuna anymore! We can’t eat anymore without more or less knowing that by eating and drinking, we undermine our own existence, since the food they serve here at the deck, the giant buffet of choice is: No more.
We have to sneak to the nearest lot and guerrilla grow some veggies, and the same system that is poisoning six billion people, has made that illegal.
What kind of Planet would make co-working with The Earth – illegal? So utterly insane.
People in the West are digging up their front lawns and growing and the system won’t have it.
What kind of Planet would do so?
The system is fighting and challenging people who collect rainwater and putting them in prison for not drinking pharmaceutical leftovers, chlorine, fluoride, because they know what it will do to them.
What kind of planet is that?
It’s a very very sick Planet, because 1 percent continued hijacking it, while everybody was looking to the skies to see what megacity skyscrapers those fake terrorists would fly into next.
They hijacked it further while people in growing numbers are only looking for employment in a crisis manufactured by the same system, and who daily abuse those people waiting in line in the very modest hope of just wanting to provide for their family and loved ones, while the same bureaucrats hammer down on them for being lazy for not finding a job that is not there, which the same system is so very well aware of.

Oh, the state of the system and the states of mind it can alter into submission, being ever so thankful for hand out benefits. Acquired helplessness: Ring a bell, well knowing that in times of need, they will pit brother against brother, and imprison whoever hands a little something out to the homeless as a spiritual gesture.
And I´m really just talking about the System of the West, in its effort to convert Western standards into those of developing countries.
When we’re writing about this, very few, surprisingly very few in the ‘We Are All One’ hype, will even touch upon the reality of the developing countries. Either because: They are not One after all? Or it just becomes too bleak and miserable to embed that reality too?
What have we learned as goes for the brotherhood of man? Can we blame it all on the system and thereby avoid looking into ourselves? Well, it just doesn’t fly right, ei?
Ninety-nine percent of the people would just really like to kiss their beloved, raise their kids and have a bonfire by the beach or a celebration in the woods and help the neighbors with a new roof come the Monsoon.
Once it was that way.
It will be so again, I promise you.

The problem is, that it has become very clear to me that the planet crossed a red line. Not, as they say, by overpopulation, but by profoundly distorting the moral and ethical compass(ion), should we have the guts to actually come to this place and attempt living a clean life, a simple life, a life without manufactured ‘enemies’ and a life in accordance with whatever beauty is in our soul.
I simply can’t see anything but: Something’s got to give.
Either by the design of Controllers or by the Evolution of Gaia.
What will come first?
The war they are hyping with Putin? Or the planet shaking them off, either way: we go with as collateral damage. Gaia she knows about eternity being wrapped up in plastic – some of us have forgotten maybe?
We have our spirituality and some have a well-embedded knowing within their souls that we are eternal beings, engaging in this for a reason that is maybe not clear to us. We can’t keep talking about us being eternal souls, without understanding the mechanics of: If a butterfly flaps it wings in Virginia a wind stirs up in France.
We need to gather what we know now in order to see this through, if that’s within our collective karma, and go out of ‘in theory’, using the deep knowledge that is the divine spark in us to disengage our fear of going down along with the planet, which is actually not going down seen from a spiritual perspective, but is trying to survive the abuse it has been through since the Roman Empire up until this day.
Did you know that: Measuring the pollution by digging up samples from the ice sheet in Greenland, it was concluded that the first man-made pollution measurable was from the Roman Empire’s need for a weapon industry. Well, not everything changes apparently.
That is just present history, the planet has been through all of this before, it will heal itself and have us once again? I hope so – since that will be the birth of the New Dawn.
This baby has long gone off its rails. I sense Horsemen from afar.
Reboot, and let’s deal with the pain and deal with it from that safe place inside.
I know it can be hard to face this, so more than ever we need to connect to the un-manifest realms of spirit and spirits that are in this field, hovering in from every corner of the Universe, to serve our need for safety and once again assure us: There’s a meaning to all of this.
If the Universe needs weary survivors and fierce souls, it need only to look our way.