A new report circulating in the Kremlin today prepared by the Security Council (SC), with input from the Ministry of Defense (MoD), states that China became so “enraged” at President Obama’s ordering the destruction of a SpaceX rocket in Florida on Thursday (1 September) they refused to greet him as a visiting head-of-state upon his arrival at Hangzhou Xiaoshan International Airport (HGH) forcing America’s leader to “go out of the ass” of Air Force One and one Chinese official accosting his top National Security Advisor, Susan Rice, and screaming at her “this is our country, our airport”. 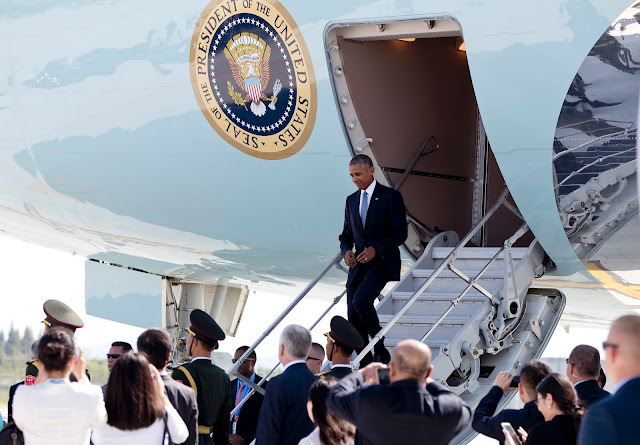 President Obama departing from back of Air Force One on 3 September after China refuses to provide stairs for him.

As to why President Obama was treated so “shamefully/ dishonorably” by the Chinese was due to the United States “deliberate and calculated” military interference of a “legitimate” international business “transaction/sale deal” between China and an Israeli company named Spacecom. 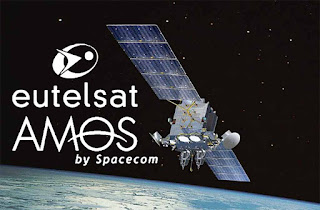 According to this report, Spacecom is an Israeli communications satellite operator in the Middle East, European Union and North America headquartered in the city of Ramat Gan, Israel who agreed last month (24 August) to the sale of their company to the privately owned Chinese company Beijing Xinwei Technology Group.


The Beijing Xinwei Technology Group is one of China’s largest telecommunications companies that MoD analysts have long noted is “effectively owned and controlled” by the Chinese People's Liberation Army (PLA).

With the sale of Spacecom to Beijing Xinwei Technology Group being contingent upon the successful launching of the AMOS-6 satellite from Florida’s Cape Canaveral on Saturday (3 September), the Obama regime “obviously/ without doubt” determined that it would not be in the best interest of the United States to see this massive technology transfer take place—and in their not being able to stop this sale in any legal way, simply decided to destroy it. 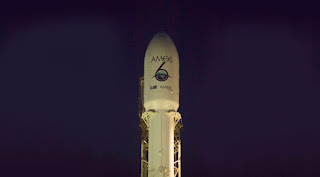 As to how the AMOS-6 satellite was destroyed was from the firing of an advanced “laser-weapon” that was aboard an unmanned combat air vehicle (UCAV) launched from a US Navy aircraft carrier operating in the waters off the Eastern coastal waters of the US.

Specifically, MoD analysts in this report note, the US Navy nuclear powered supercarrier USS George Washington (CVN 73) reported last week that it was operating in these waters to test F-35C Lightning II fighter aircraft capabilities—but was, instead, conducting secret test flights of a Northrop Grumman X-47B (drone) that was equipped with a General Atomics Aeronautical Systems, Inc. (GA-ASI) high-energy laser type device the Pentagon had previously reported they wanted to have operational in 2017.

On 1 September, the MoD analysts say, 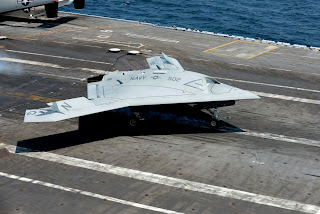 Federation “satellite intelligence” detected a X-47B departing from the USS George Washington on a course towards Cape Canaveral—where this “laser equipped” drone then dropped from its “high flight altitude”, made a “circle/diameter” around a Falcon 9 rocket (owned by SpaceX) on the launch pad, immediately after which the rocket exploded destroying Spacecom’s AMOS-6 satellite—and that was captured by video recordings.

This astonishing report concludes by noting that China will “most certainly” retaliate against the Obama regime for having stopped the sale of Spacecom to the Beijing Xinwei Technology Group—but, also, notes that the Chinese have not suffered any actual monetary damage, just a “wound” to their prestige, which may be more dangerous.

And, as always, the American people themselves will never be allowed to know the truth of any of this. 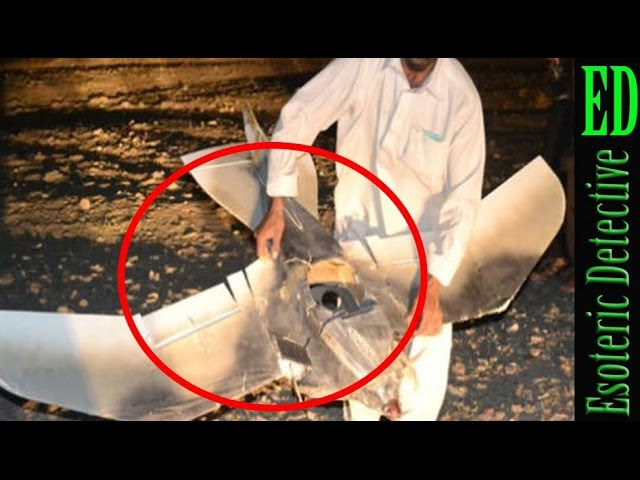 Elon Musk has said that he cannot rule out the possibility that an alien UFO may have caused the SpaceX explosion, and has promised to look into it.

Following footage last week that showed an apparent UFO fly past the doomed SpaceX rocket, moments before it exploded, social media has been ablaze with rumors that an alien ship attacked the rocket.
Sputniknews.com reports:
The frenzied excitement for alien hunters hit new heights on Friday when the innovative wunderkind Elon Musk wrote to a commenter on Twitter that “We have not ruled that [a UFO hitting the Space X Falcon 9 rocket] out” with theories ranging from an attack by foreign defense forces to a laser attack by an alien ship quickly cascading through social media.
The statement comes one week after self-proclaimed UFO hunters pointed to video footage from the SpaceX explosion noting that there was a black object barreling near the rocket only seconds before explosion with YouTube viewers quickly dispatching theories that the flying object was a bird or a bug based on the relative speed of the object – over 1,000 MPH – and its appearance behind riggings that ruled out the possibility that it was a bug in the camera lens.
The explosion quickly consumed the rocket destroying Facebook’s AMOS-6 internet-beaming satellite and causing unprecedented damage to the launchpad – a fairly unusual incident for a rocket explosion. Musk said the explosion was “really a fast fire” and was unable to point to specific mechanical causes for the failure of the rocket.
One Twitter user said that the sound at 54 seconds in a video posted “sounds like a metal joint popping under stress” which Elon Musk said was “most likely true” but also said that “we can’t yet find it on any vehicle sensors” pointing to the possibility of some outside sabotage.
“Important to note that this happened during a routine filling operation. Engines were not on and there was no apparent heat source,” said Musk questioning how the rocket could spontaneously erupt in flames. “Particularly trying to understand the quieter bang sound a few seconds before the fireball goes off. May come from rocket or something else.”
One person suggested that it could be a drone, but opined that if it was a drone it was a particularly fast and circular drone that does not match the description of any known existing defense products. Others opined that whatever the flying vehicle that may have given rise to the explosion, it appears it was a “well planned attack from a competitor.”
Although speculation continues to circle around the explosion of the Space X Falcon 9 rockets with the most fascinating theory by far being the potential that space aliens beamed the rocket, many more plausible alternatives exist including a leak of propellant fuel, metal on metal contact sparking just enough initial flame, or a buildup of oxygen. Some commenters are even blaming Vladimir Putin and/or China – which makes maybe less sense than even space aliens.
The truth is out there.