Yesterday at 11:44 pm by RamblerNash

Yesterday at 10:10 pm by RamblerNash

Yesterday at 7:46 pm by RamblerNash

Yesterday at 12:54 pm by Consciousness Of Economic

Yesterday at 12:52 pm by Consciousness Of Economic

Yesterday at 12:49 pm by Consciousness Of Economic

OUT OF MIND » PERCEPTUAL AWARENESS » OTHER DIMENSIONAL » A Real Psychokenetic the World Completely Forgot About: Nina Kulagina

A Real Psychokenetic the World Completely Forgot About: Nina Kulagina

A Real Psychokenetic the World Completely Forgot About: Nina Kulagina on Wed Sep 07, 2016 10:19 am 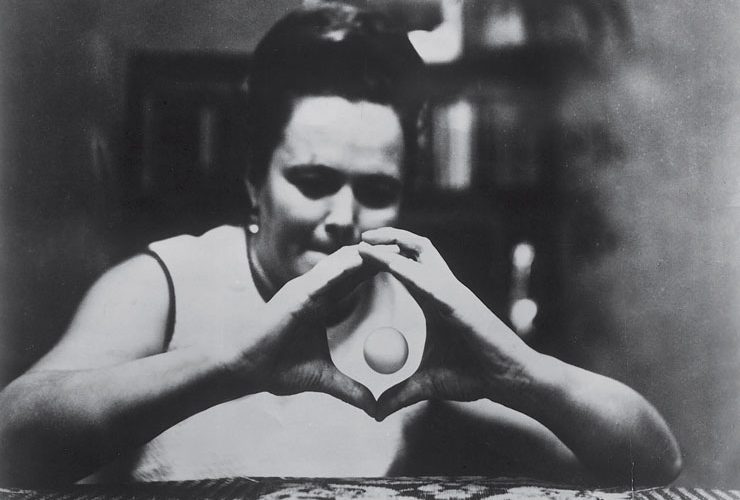 Psychokinesis is the ability to move material objects using the power of mind alone. It may sound like the stuff of science fiction, but there is ample evidence to suggest that humans are capable of moving objects with their minds. Should this prove true, it would be fascinating to say the least, and would suggest that all human beings have this potential.
Of course, the implications of psychokinesis for humanity as a whole would be immense, and we as a species may not be ready to handle them just yet. We would need to be at a pretty peaceful place within to harness such an ability responsibly. This is why new discoveries are useless without a good consciousness behind their use, and why we say real change comes from within.
What type of evidence is there? In today’s world, something must be peer-reviewed in order to be considered credible. The unfortunate part about this is that science as an institution has become highly politicized, plagued by corruption and the publication of false data. When it comes to topics within the realm of parapsychology, however, results are more reliable. No agenda is driving these experiments, and so they are conducted and their results measured objectively — unlike many corporately funded medical studies. Scientific fraud is important to mention any time we are talking about ‘peer-reviewed’ scientific literature, so the next time you decide to brush off other publications (even though they are usually all ‘peer-reviewed’ in some form), take a second to think about this fact. You can see specific examples of this corruption in this article.
You might be surprised to find out that there are plenty of publications examining parapsychological phenomena, like remote viewing , telepathy , and in this case, psychokinesis.
For a selected list of downloadable peer-reviewed journal articles reporting studies of psychic phenomena, mostly published in the 21st century, you can click HERE .
I will be drawing on several publications which examine psychokinesis throughout the article, but for now, let’s focus our attention on Nina Kulagina.

“Among the most marvelous, most frightening and certainly most unbelievable possibilities suggested by psychic folklore is that human beings may be able to exert an observable influence upon the physical world — simply through the power of conscious intention; or unconscious intention, or; by some accounts, through the assistance of spiritual intelligences; 0r as a result of a mysterious principle known as synchronicity. Some scholars – such as Stephen Braude, professor of philosophy at the University of Maryland — take such reports very seriously, claiming that no honest person can examine the case study reports and easily dismiss them.”
– Jeffrey Mishlove, from his newest book, The PK Man: A True Story of Mind Over Matter

The quote above comes from Jeffrey Mishlove, who currently serves as Dean of Transformational Psychology at The University of Philosophical Research. His book tells the story of a 20 year field investigation he conducted on a man who had extraordinary psychokinetic/precognitive abilities. As many other researchers have done, he calls attention to Nina Kulagina, a citizen of the former Soviet Union who has apparently demonstrated psychokinetic influence on physical objects. She caused quite a stir at the time, and in 1968 Western researchers attending a conference were shown a video of her in action:
The Russians claimed that this woman, also known as Nelya Mikhailova, had been studied by some forty scientists, including two Nobel laureates.  They also reported that, like Serios, Madame Kulagina was able to cause images to appear on photographic film.  The communist scientists, who were by no means inclined to take a spiritualistic world view, felt that they had encountered a new force in nature.
It’s important to recognize that these abilities have been demonstrated before under controlled conditions. One of the best known examples involves Ingo Swann, who was the initial participant to have his ‘remote viewing ‘ abilities studied. (Puthoff, Harold E. 1996. CIA-Initiated Remote Viewing Program at Stanford Research Institute. Journal of Scientific Exploration, 10(1), 63-76. )
Below is some footage from 1970, where more researchers conducted experiments. Many have examined Kulagina, and for the last 20 years of her life she was subjected to academic research by the USSR. There are multiple videos of her on YouTube.
So what do you think? Real or fake?
https://youtu.be/lt-BJg-bX74

Studies of the electrical fields around her body as well as the electrical potentials in her brain were conducted by well-known physiologist Dr. Genady Sergeyev, who was working in a Leningrad military laboratory. Exceptionally strong voltages and other unusual effects were observed:
There is a large gradient between the electrical characteristics in the forward part of Mikhailova’s brain versus the back part of the brain (fifty to one), whereas in the average person the gradient is four to one.  The usual force field around Mikhailova’s body is ten times weaker than the magnetic field of the earth.
During PK, her pulse rises to 240 per minute.  There is activation of deeper levels of the occipital lobe and reticular formation.  This enhances polarization in the brain between front and back, says Sergeyev.  When the gradient between front and back of the brain reaches a certain level, and there is most intense activity in the occipital lobe, radiation of electrostatic and electromagnetic fields are detected by the force field detectors four yeard from the body….Heartbeat, brain waves, and force field fluctuations are in ratio.  The fields around the PK medium are stronger further away than close to the head.  Mikhailova appears to focus these force field waves in a specific area.
– Taken from Michlove’s book, cited above
The evidence is intriguing, even if we veer off from parapsychology into quantum physics. The quantum double slit experiment is a very popular experiment used to examine how consciousness and our physical material world are intertwined. It is a great example that documents how factors associated with consciousness and our physical material world are connected in some way. Multiple studies have found that that factors associated with consciousness significantly correlate in predicted ways  with perturbations in the double slit interference pattern. You can read more about that here .

She Is Not the Only One

This effort began, supposedly, because the CIA had concerns about Soviet investigations into psychic phenomenon, as the United States had gathered intelligence showing that the Soviets were engaged in “psychotronic” research. You can read the publication, as the results were published in the Journal of Scientific Exploration.
China is also very active when it comes to identifying individuals with certain extended human capacities. For example, a paper published in the Peoples Republic of China (PRC) in September 1981 in the journal Ziran Zazhi (Nature Journal) tilted “Some Experiments on the Transfer of Objects Performed by Unusual Abilities of the Human Body” (Shuhuang et al., 1981) reported that ‘gifted children’ were able to cause the teleportation of small physical objects from one place to another.

Despite this fact, hundreds of elite, specially trained researchers from a number of scientific disciplines within China’s universities have studied unexplainable phenomena cultivated by this supposed unique group of people with ‘Exceptional Human Functions.’
“[T]he results of the Chinese p-Teleportation experiments can simply be explained as a human consciousness phenomenon that somehow acts to move or rotate test specimens through a 4th spatial dimension, so that the specimens are able to penetrate the solid walls/barriers of their containers without physically breaching them.”
– Eric Davis, Ph.D, FBIS (source )
Another study, published in the American Journal of Chinese Medicine , as seen in the the US National Library of Medicine, demonstrated that a women with special abilities was and is able to accelerate the germination of specific seeds for the purposes of developing a more robust seed stock.
More research was done by the Aerospace Medicine Engineering Institute in Beijing in July of 1990. It was published in the Chinese Journal of Somatic Science (Kongzhi et al., 1990; Jinggen et al., 1990; Banghui; 1990). This study reported several experiments involving high speed photography videotaping, which was able to capture the transfer of test specimens like nuts, matches, nails, pills, and more through the walls of sealed paper envelopes, sealed glass bottles and tubes, sealed plastic film canisters, and more without the walls of any of these containers being breached. All of these experiments reported using gifted children and adults to cause the teleportation of various materials.
The list of apparent examples is a long one, and hopefully this introduction will show you that examining the non-physical is essential to discovering more about the true nature of our reality.
“The day science begins to study non-physical phenomena, it will make more progress in one decade than in all the previous centuries of its existence.”
– Nikola Tesla

OUT OF MIND » PERCEPTUAL AWARENESS » OTHER DIMENSIONAL » A Real Psychokenetic the World Completely Forgot About: Nina Kulagina