» Max Igan - WAKE UP! We're All Being Played

The World Of Free Energy 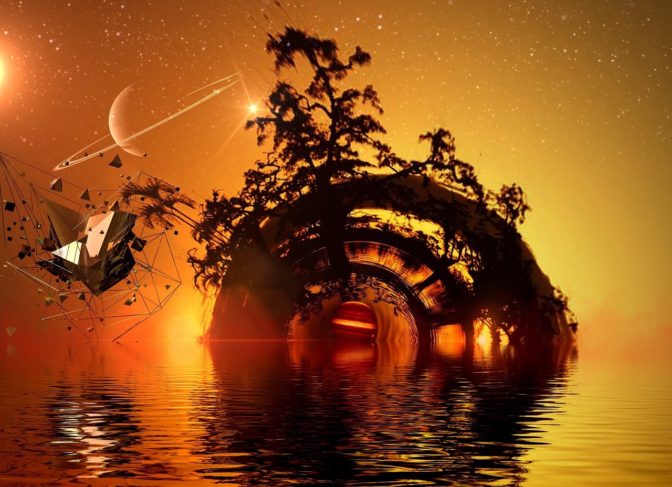 In the late 1880’s, trade journals in the electrical sciences were predicting free electricity and free energy in the near future. Incredible discoveries about the nature of electricity were becoming common place. Nikola Tesla was demonstrating “wireless lighting” and other wonders associated with high frequency currents. There was an excitement about the future like never before.
Within 20 years, there would be automobiles, airplanes, movies, recorded music, telephones, radio, and practical cameras. The Victorian Age was giving way to something totally new. For the first time in history, common people were encouraged to envision a utopian future filled with abundant modern transportation and communication, as well as jobs, housing and food for everyone. Disease would be conquered, and so would poverty. Life was getting better, and this time, everyone was going to get a piece of the pie. So, what happened? In the midst of this technological explosion, where did the energy breakthroughs go? Was all of this excitement aboutfree energy, which happened just before the beginning of the last century, just wishful thinking that “real science” eventually disproved?

Actually, the answer to that question is no. In fact, the opposite is true. Spectacular energy technologies were developed right along with the other breakthroughs. Since that time, multiple methods for producing vast amounts of energy at extremely low cost have been developed. None of these technologies have made it to the consumer market as an article of commerce, however. Exactly why this is true will be discussed shortly.
But first, I would like to describe to you a short list of free energy technologies that I am currently aware of, and that are proven beyond all reasonable doubt. The common feature connecting all of these discoveries, is that they use a small amount of one form of energy to control or release a large amount of a different kind of energy. Many of them tap the underlying Æther field in some way; a source of energy conveniently ignored by modern science.

Nikola Tesla’s magnifying transmitter, T. Henry Moray’s radiant energy device, Edwin Gray’s EMA motor, and Paul Baumann’s Testatika machine all run on radiant energy. This natural energy form can be gathered directly from the environment (mistakenly called “static” electricity) or extracted from ordinary electricity by the method called fractionation. Radiant energy can perform the same wonders as ordinary electricity, at less than 1% of the cost. It does not behave exactly like electricity, however, which has contributed to the scientific community’s misunderstanding of it. The Methernitha Community in Switzerland currently has 5 or 6 working models of fuelless, self-running devices that tap this energy.

Dr. Robert Adams (NZ) has developed astounding designs of electric motors, generators and heaters that run on permanent magnets. One such device draws 100 watts of electricity from the source, generates 100 watts to recharge the source, and produces over 140 BTU’s of heat in two minutes! Dr. Tom Bearden (USA) has two working models of a permanent magnet powered electrical transformer. It uses a 6-watt electrical input to control the path of a magnetic field coming out of a permanent magnet. By channeling the magnetic field, first to one output coil and then a second output coil, and by doing this repeatedly and rapidly in a “ping-pong” fashion, the device can produce a 96-watt electrical output with no moving parts. Bearden calls his device a Motionless Electromagnetic Generator, or MEG. Jean-Louis Naudin has duplicated Bearden’s device in France. The principles for this type of device were first disclosed by Frank Richardson (USA) in 1978. Troy Reed (USA) has working models of a special magnetized fan that heats up as it spins. It takes exactly the same amount of energy to spin the fan whether it is generating heat or not. Beyond these developments, multiple inventors have identified working mechanisms that produce motor torque from permanent magnets alone.

There are two classes of machines that transform a small amount of mechanical energy into a large amount of heat. The best of these purely mechanical designs are the rotating cylinder systems designed by Frenette (USA) and Perkins (USA). In these machines, one cylinder is rotated within another cylinder with about an eighth of an inch of clearance between them. The space between the cylinders is filled with a liquid such as water or oil, and it is this “working fluid” that heats up as the inner cylinder spins. Another method uses magnets mounted on a wheel to produce large eddy currents in a plate of aluminum, causing the aluminum to heat up rapidly. These magnetic heaters have been demonstrated by Muller (Canada), Adams (NZ) and Reed (USA). All of these systems can produce ten times more heat than standard methods using the same energy input.

Water can be broken into hydrogen and oxygen using electricity. Standard chemistry books claim that this process requires more energy than can be recovered when the gases are recombined. This is true only under the worst case scenario. When water is hit with its own molecular resonant frequency, using a system developed by Stan Meyers (USA) and again recently by Xogen Power, Inc., it collapses into hydrogen and oxygen gas with very little electrical input. Also, using different electrolytes (additives that make the water conduct electricity better) changes the efficiency of the process dramatically. It is also known that certain geometric structures and surface textures work better than others do. The implication is that unlimited amounts of hydrogen fuel can be made to drive engines (like in your car) for the cost of water. Even more amazing is the fact that a special metal alloy was patented by Freedman (USA) in 1957 that spontaneously breaks water into hydrogen and oxygen with no outside electrical input and without causing any chemical changes in the metal itself. This means that this special metal alloy can make hydrogen from water for free, forever.

All major industrial engines use the release of heat to cause expansion and pressure to produce work, like in your car engine. Nature uses the opposite process of cooling to cause suction and vacuum to produce work, like in a tornado. Viktor Schauberger (Austria) was the first to build working models of implosion engines in the 1930’s and 1940’s. Since that time, Callum Coats has published extensively on Schauberger’s work in his book Living Energies and subsequently, a number of researchers have built working models of implosion turbine engines. These are fuelless engines that produce mechanical work from energy accessed from a vacuum. There are also much simpler designs that use vortex motions to tap a combination of gravity and centrifugal force to produce a continuous motion in fluids.

In March 1989, two chemists from the University of Utah (USA) announced that they had produced atomic fusion reactions in a simple tabletop device. The claims were “debunked” within six months and the public lost interest. Nevertheless, cold fusion is very real. Not only has excess heat production been repeatedly documented, but also low energy atomic element transmutation has been catalogued, involving dozens of different reactions! This technology definitely can produce low cost energy and scores of other important industrial processes.

I want to become a demon and destroy these people whoever or wherever they are.

What do I care I feel like I am in Hell any way.

This world should not be the way it is. I challenge God and all his angels to change it because I hate living this way.I hate it! I hate  it! I hate it!

Posts : 72
Join date : 2016-05-31
I want ! No I demand cars and trucks for the whole family that uses the latest technology and are so smart they can't be stolen nor do they require registration or inspection. Having rules we can no longer afford is isn't fair at all!
We need to move into the 21st century