Cavernous sinus thrombosis is a serious condition. It causes death in up to 30% of cases.

After Hillary Clinton’s collapse at a 9/11 memorial on Sunday, Wikileaks posted an email showing Hillary’s health issues were potentially life-threatening, and both older and deeper than the “pneumonia” her campaign claimed caused her sickness.

The email is from Hillary’s long time aide Huma Abedin, with an article on Hillary’s life threatening “Sinus Thrombosis.”

Huma sent Hillary an article describing Hillary’s condition as Cerebral Venous Sinus Thombosis (CVST). CVST is the presence of acute thrombosis (a blood clot) in the dural venous sinuses, which drain blood from the brain. Symptoms may include headaches, seizures, abnormal vision and any of the symptoms of stroke, such as weakness of the face and limbs on one side of the body. From WebMD:


Cavernous sinus thrombosis is a very rare, life-threatening condition that can affect adults and children.

In cavernous sinus thrombosis, a blood clot blocks a vein that runs through a hollow space underneath the brain and behind the eye sockets. These veins carry blood from the face and head back to the heart.

The cause of cavernous sinus thrombosis is usually an infection. But other factors may play a role.

Cavernous sinus thrombosis is a serious condition. It causes death in up to 30% of cases.

Symptoms of cavernous sinus thrombosis may include:

This comes after the mainstream media has been repeating Hillary Clinton’s claim that she is merely sick with pneumonia and not a life threatening injury. After weeks of denying that Hillary was even sick despite her coughing fits and calling anyone who said so  a “conspiracy theorist,” after Hillary fell down in public 9/11 memorial the mainstream media needed a new narrative.

At first, Hillary’s campaign said she “overheated,” despite the temperature not being hot out.

DCLeaks.com recently revealed an email to Colin Powell that proves Hillary has had trouble standing before. In an email dated March 14, 2015, Democratic financier Jeffery Leeds told George W. Bush’s former secretary of state, “Sheldon Whitehouse, who is a huge Clinton supporter, said they were both giving speeches at the same event a few months back and she could barely climb the podium steps,”
Wikileaks has previously leaked emails where Hillary’s aides were researching provigil a drug used for treating narcolepsy and patients with Alzheimer’s, Parkinson’s, and Multiple Sclerosis who have excessive sleepiness.”

Popular author Mike Cernovich has released a doctor’s evaluation that Hillary does indeed have Parkinson’s disease.

We have now seen a new milestone in mainstream media deception. Never has the media fought so hard to debunk and outright lie about a presidential candidate obvious health problems, to the point where the media changes its narrative multiple times in a day, parroting whatever the Clinton campaign tells them to repeat.

It’s going to bite them in the ass in the end though,  as people see the mainstream media at face value for what it is – a PR rep for the military-industrial complex and it’s puppet politicians.


Thanks to enerchi at: http://www.ascensionwithearth.com

Admin
Posts : 106797
Join date : 2012-01-04
Location : Woodstock Nation
MSM Has Parkinson’s Disease: The Only Conspiracy Theory About Hillary Clinton’s Health Is That There’s Nothing Wrong With It: 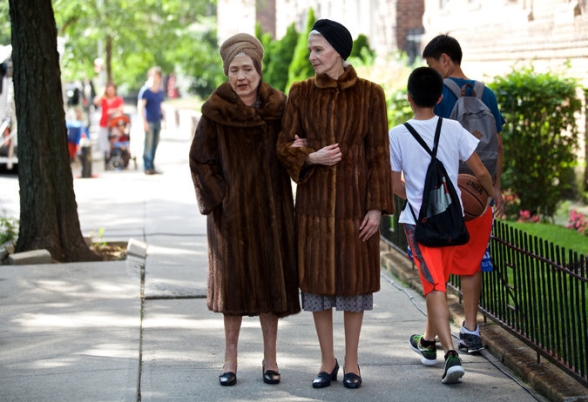 “But why not just ask the Clinton campaign to tell the truth?” you might ask. “Wouldn’t that be easier?”

Maybe. But these are the Clintons. If you’re a Clinton, you lie. It’s what you do. Expecting them to not lie is a fool’s errand. But given the amount of time the Clintons have spent in politics lying to the public–somewhere in the neighborhood of three decades–they really ought to be better at it by now.

For those who’ve been living under a rock, people have been asking questions about the aging Democratic nominee’s health ever since a [alleged] potentially life-threatening blood clot near her brain was discovered after the former Secretary of State suffered a [alleged] serious concussion that sidelined her for several weeks.

Between 12/07/2012 & 12/09/2012 Hillary purports an alleged minor concussion that Bill would later say took 6 months to recover from. Officials would not say exactly when the fall occurred or where she was when it happened. ~ Volubrjotr

According to the Federal Bureau of Investigation, Clinton blamed that concussion for her alleged inability to recall details about her lawless e-mail server scheme.
Here are a few headlines that captured the rough tenor of coverage of Hillary’s health woes over the past few weeks:

The wheels officially came off the bus on Sunday when Hillary Clinton seized up and passed out on camera. Suddenly, asking questions about her health no longer indicted you as an un-person who should be sent off to the re-education camps.

Clinton’s bout of unconsciousness was the catalyst for a whole host of lies from her campaign about her health. Unfortunately, the lies didn’t really make any sense to those with the neural capacity to recall the old lies that were issued right before all the new lies.
Let’s take a look at all the different, and contradictory, explanations we’ve had for Hillary Clinton’s health problems over the last week, going back to her nearly unwatchable coughing attack on September 5: 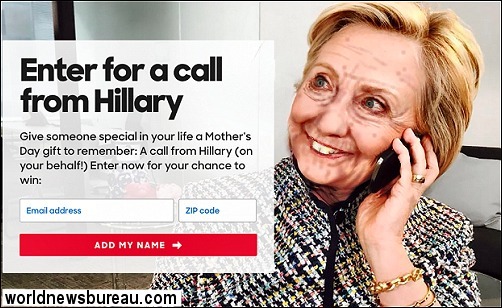 [Feigns I’m Ok? ~ Feigns I Am Not?]
1) She’s fine.
2) Okay, maybe she coughed a little, but it’s just allergies.
3) Calm down, she just tripped at that 9/11 memorial event.
4) Okay, maybe she didn’t exactly trip, but she overheated because it was so hot outside.
5) Okay, maybe it was only 79 degrees and she was in the shade, but she was totally dehydrated and stuff.
6) On second thought, she has a really bad case of pneumonia.
7) Actually, she’s “feeling great” now and not contagious so we’re going to make a spectacle of her hugging a kid in the street.
8) Yeah, about that not contagious thing: the whole campaign pretty much caught the plague from Hillary.
9) Hillary Clinton feels so great right now that her campaign just canceled two days of events.
10) She’s fine.

Hillary & Wesley ~ New York Times White Wash Thugs Bill Clinton & General Wesley Clark Of War Crimes Against Christian Serbs!
Not only do these explanations not jibe with each other, they don’t jibe with the video of Hillary seizing up and getting thrown into a van, either. When your lies contradict each other and reality, that’s a pretty good sign that you’re a really bad liar.

See, those can’t all be simultaneously true:

Pro-tip: if you’re going to claim your candidate has a highly contagious infection that caused her to pass out (after exhausting a bunch of other absurd excuses), don’t send her to the home of her vulnerable newborn granddaughter, then have her hug all over a little kid on the street while declaring how great she feels, then suddenly cancel a bunch of her events because she’s so ill. I know politics in 2016 are insane, but is it too much to ask that our politicians at least try to peddle some internally consistent lies?

Hillary has a history of serious, ongoing medical problems, including deep vein thrombosis. Because of her condition, she is [alleged] required to take a powerful blood thinner with [alleged] serious side effects. These facts are [alleged] inarguable. By her own admission, her health problems impacted her [alleged] ability to remember key details about her work as Secretary of State. They [alleged] sidelined her for several weeks. These are [alleged] demonstrable facts.

Something is wrong with Hillary Clinton’s health, and her campaign is not being honest about it. And the longer her team lies about what’s happening and stonewalls simple questions that deserve answers about the condition of a major presidential candidate, the rumors and the speculation are only going to get worse. Right now, the only completely ludicrous conspiracy theory about Hillary Clinton’s health is that there’s nothing wrong with it. 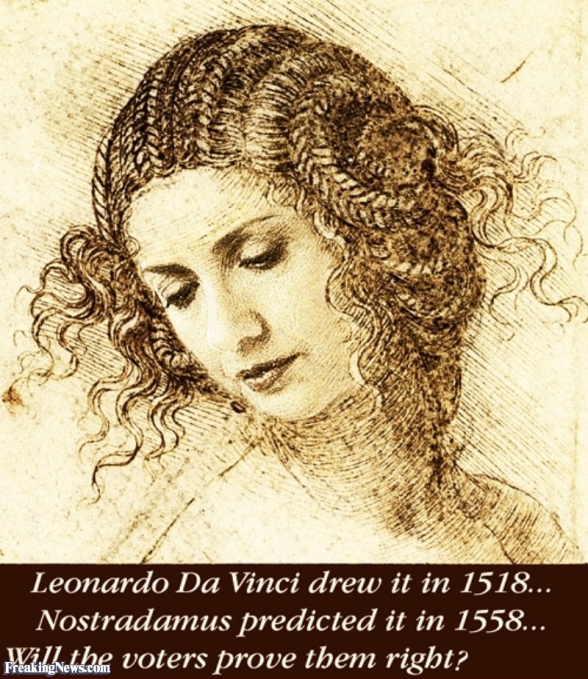 Hillary Clinton ~ Da Vinci Code
In a nutshell, the narrative her team has chosen for her is the only narrative that’s not even remotely supported by the evidence. Something is wrong with Hillary Clinton’s health, and everyone knows it. If Hillary Clinton’s campaign doesn’t want to tell the truth about what’s really happening with her health, the least it could do is come up with some more believable lies.
Zero Hedge

Mob Boss Of The Genovese Mafia

Posted on September 14, 2016 by sundance
There’s something very odd about the diagnosis that Dr. Lisa Bardack has presented for her patient Secretary Hillary Clinton, it’s doesn’t exist.
As you can see from the two-page letter presented today by Hillary Clinton’s doctor, she has been diagnosed with “mild non-contagious bacterial pneumonia“.  However, there’s a problem….

The International Classification of Diseases (ICD), an ObamaCare standard, is designed code all medical diagnostics.  According to ICD-9 codes, and the more current ICD-10 coding, there’s no such diagnosis as “non contagious bacterial pneumonia“.
Dr. Bardack apparently made it up.
Dr. Milton Wolf was the first to notice the issue:

Posts : 2620
Join date : 2012-01-17
Age : 74
Location : NH
Well, let's see... she's a Lawyer, and a Politician, which means she's a proffessional liar and a very highly paid one at that. She lies for a living...  The concept of why anyone would even remotely consider putting her in charge of anything (let alone our country), completely escapes me.   :headscratching

Guest
Decades ago I came to the conclusion that anyone wanting to be President should be automatically disqualified on the grounds of wanting the position. (You'ed have to be crazy to want that job.)

» Q Anon Updates- 1/15/18 Q: STRINGS CUT - THERE IS NO ESCAPE FOR THE CLINTONS plus more
» Facebook Blocks News, Government And Health Updates In Australia: ‘An Assault On A Sovereign Nation’
» Health Machines or Health technology versus You taking care of your damn Self!
» Stanford Epidemiologist Says COVID Vaccination is Primarily a Matter of Personal Health, Not Public Health
» Health Freedom Groups Sue Governor Brown and Oregon Health Authority Over Vaccine Mandate