OUT OF MIND » BREAKING NEWS & HOT TOPICS » THE RESISTANCE, PETITIONS, PROTESTS & RIOTS » These Are the Faces Of The People Fighting Against The North Dakota Pipeline

These Are the Faces Of The People Fighting Against The North Dakota Pipeline Thu Sep 15, 2016 11:12 am

These Are the Faces Of The People Fighting Against The North Dakota Pipeline
Collective EvolutionSeptember 14, 2016 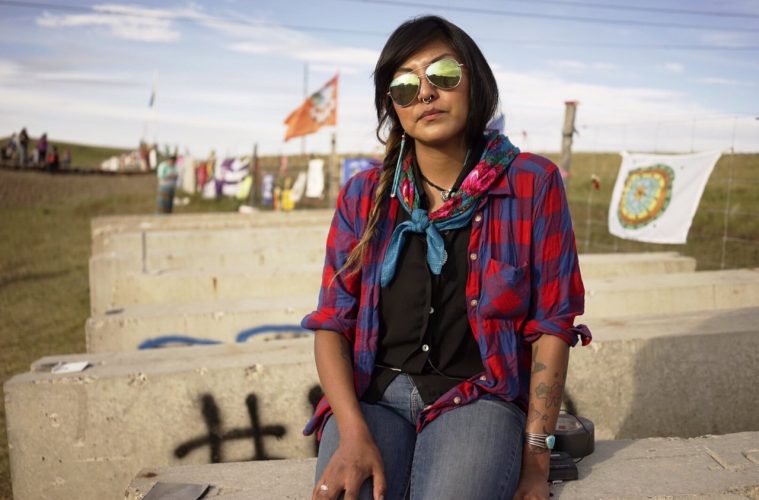 There has been an undeniable showdown between the Standing Rock Sioux Tribe and the company building the Dakota Access crude-oil pipeline. What began as a legal battle has now turned into a movement, with thousands of Native Americans representing tribes from all over the country travelling to the central North Dakota reservation to camp in a nearby meadow. They are there to show solidarity with a tribe who believes they are, once again, getting a raw deal at the hands of commercial interests and the U.S. government.
advertisement - learn more

“You think no one is going to help,” said Frank White Bull, a member of the Standing Rock Sioux Tribal Council. “But the people have shown us they’re here to help us. We made our stance, and the Indian Nation heard us. It’s making us whole. It’s making us wanyi oyate — one nation. We’re not alone.”
Dave Archambault, chairman of the Standing Rock Sioux Tribal Council, is simply baffled by the fact that his tribe is even in this situation to begin with.
“How do you eliminate a race?” he wondered. “That’s what the government has been trying to do for 200 years. But we’re still here. We have maintained our culture. We’ve maintained our way of life. We’ve maintained our dignity. We’re still here.”
Guy Jones of the Standing Rock Sioux tribe sees the events as a true awakening for Native Americans, and humanity as a whole. He, along with his family and the plethora of others from tribes across the country, remain camped at the reservation, protesting the pipeline that is supposed to cover 1,100 miles, with some of it running close to his tribe’s ancestral land.
The pipeline could desecrate their ancestral burial grounds and also contaminate the Missouri River, their only water supply. These issues were presented in detail in a lawsuit the tribe filed in July, claiming they were never consulted.
advertisement - learn more

Last Friday, the U.S. Department of Justice ordered a pause of construction near the site as a means for addressing some of the issues. This rebuked a decision made minutes beforehand from a federal judge in the suit who had denied the tribe an injunction.
Of the event, Jones claimed he had never seen a greater assembly of Native Americans than in the week leading up to the decision. People at the camp cheered loudly, and many of them claimed they would continue protesting through the winter. They said they’d do whatever it takes to ensure their land stays safe.

IF YOU WANT TO HELP, HERE ARE SOME NUMBERS AND EMAILS:

Liz McKenzie is Diné (Navajo) from New Mexico who packed up a trailer full of supplies to donate to the tribe, and drove out. “Our voice has been heard and people are finally noticing us,” she began, “not as beings of the past, not as costumes you buy in a Halloween store.” 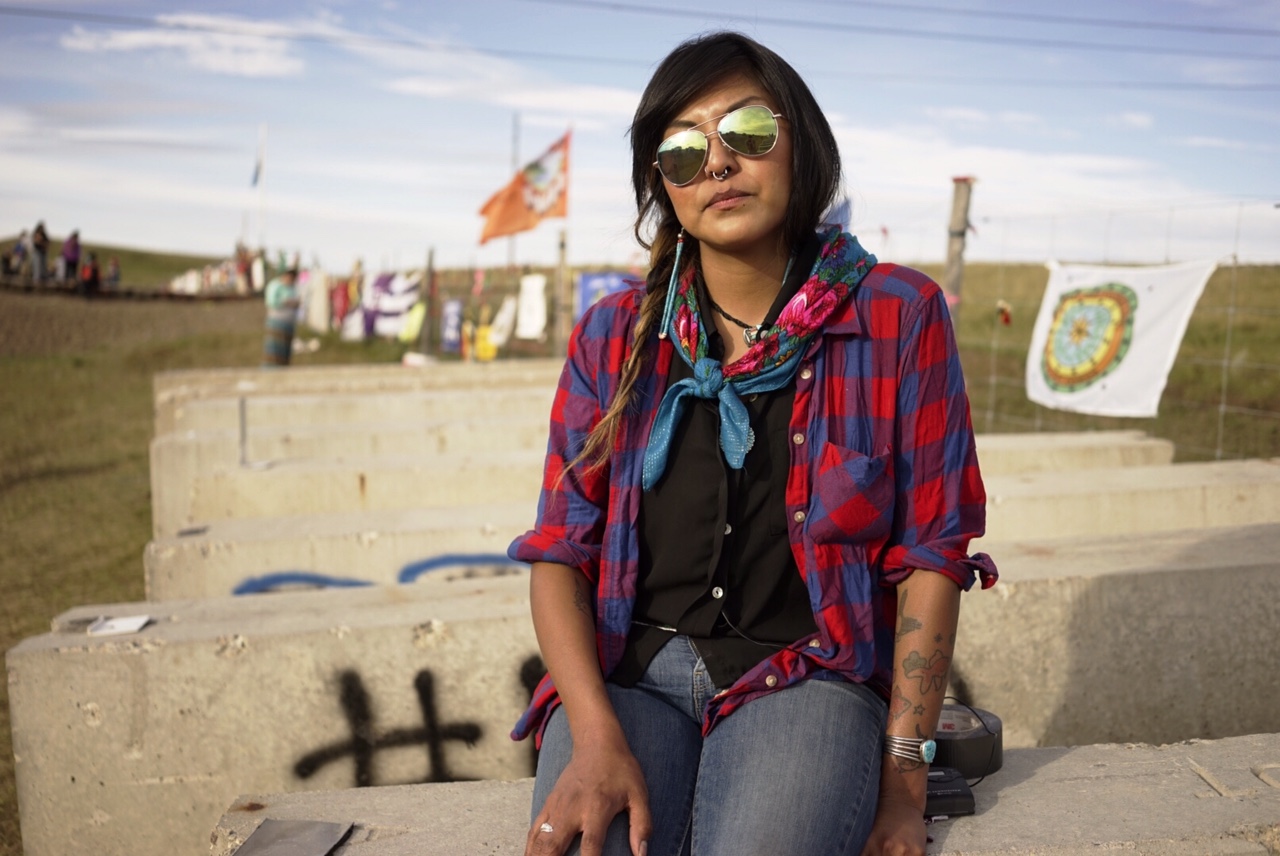 “We have been fighting this fight for generations,” said Seeyouma Na Hash-Chid, who rode his motorcycle out from Arizona to support the protest. 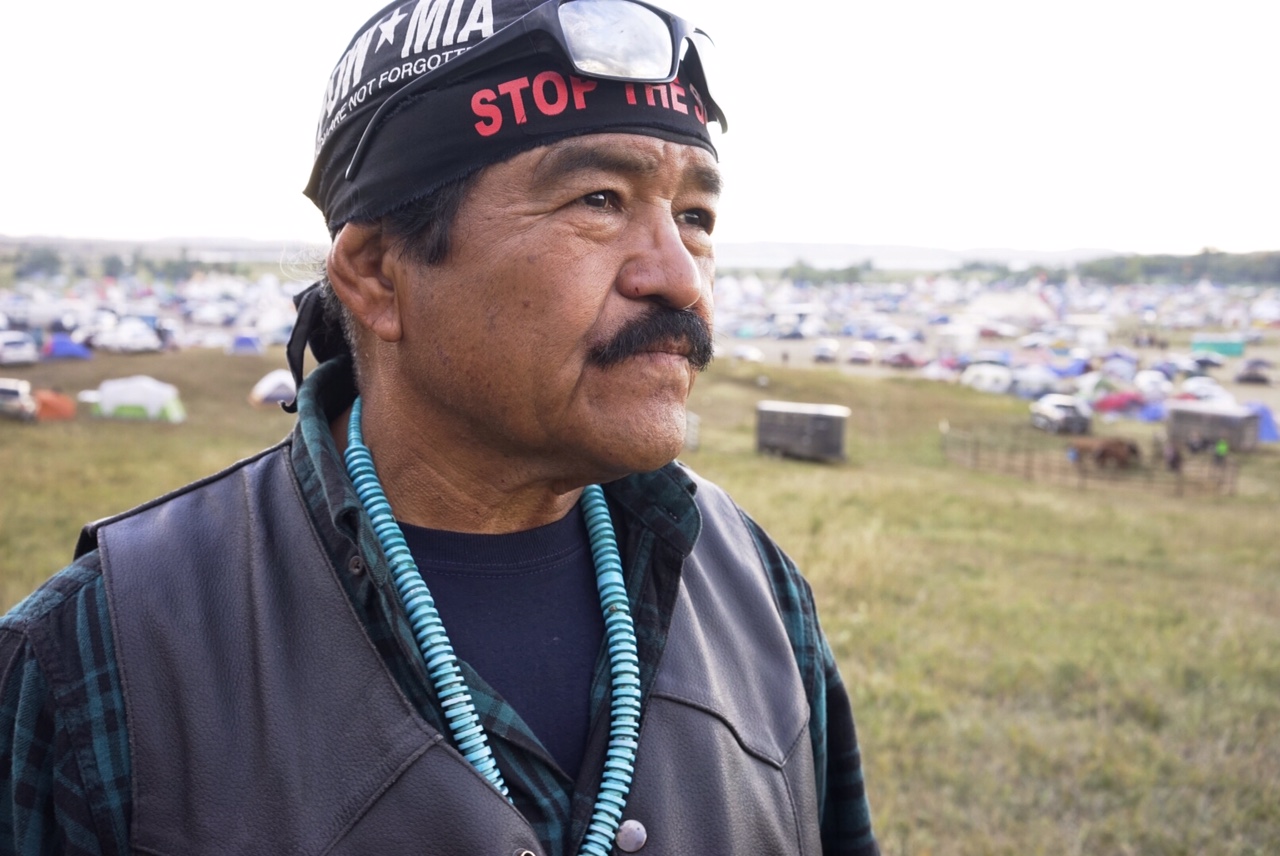 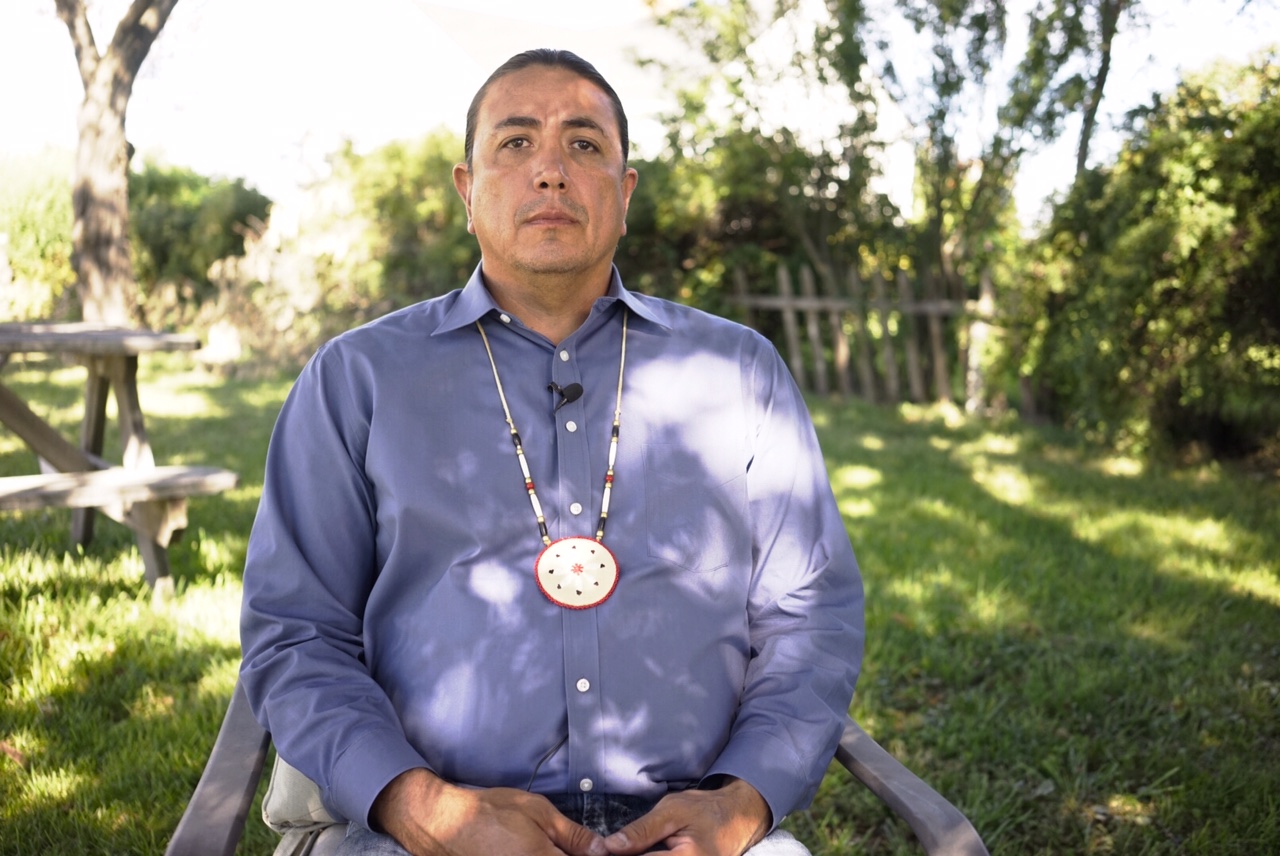 Leslie White Temple-Gipp, right, and her friend Diench smile for a picture at the protest camp. 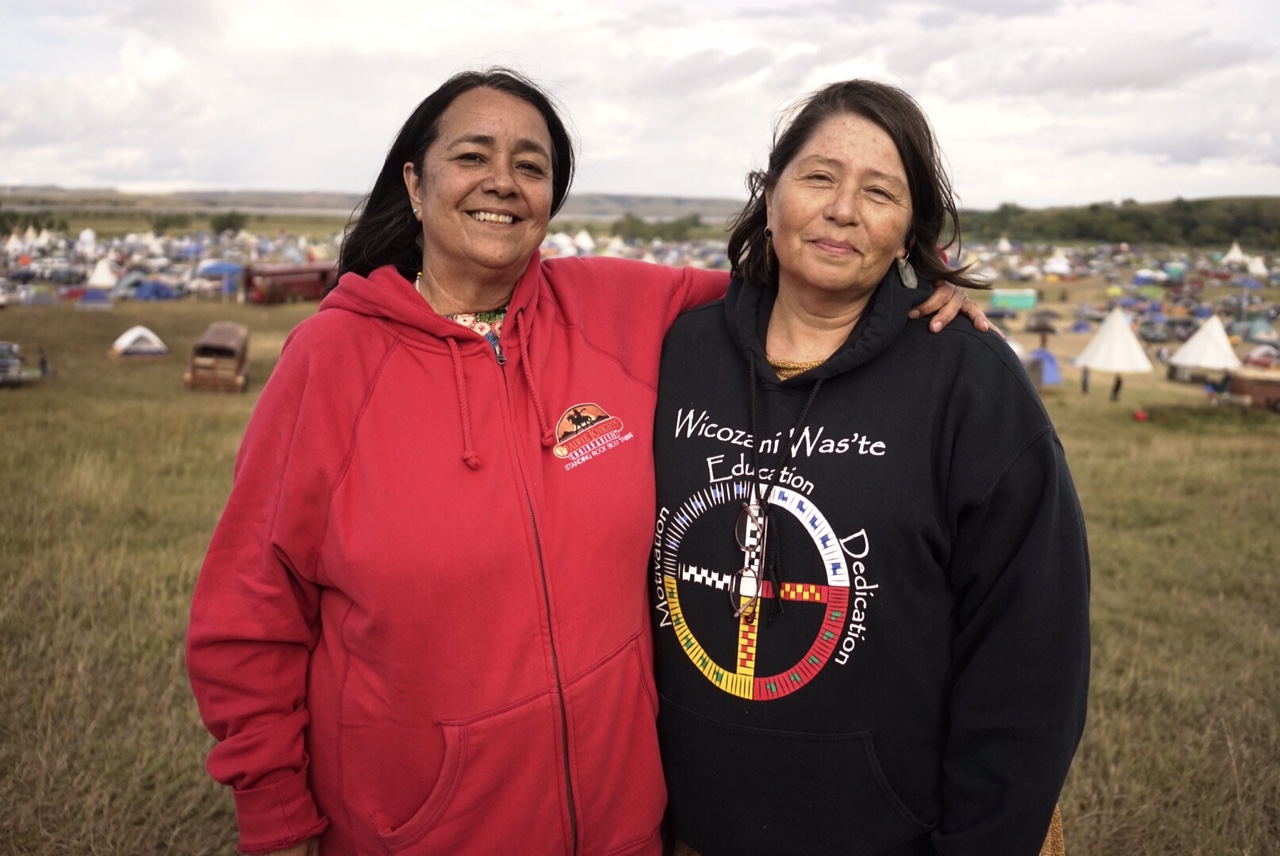 Two men of the Standing Rock Sioux Indian tribe. “We’re building our shelters for winter right now,” the man on the left said. 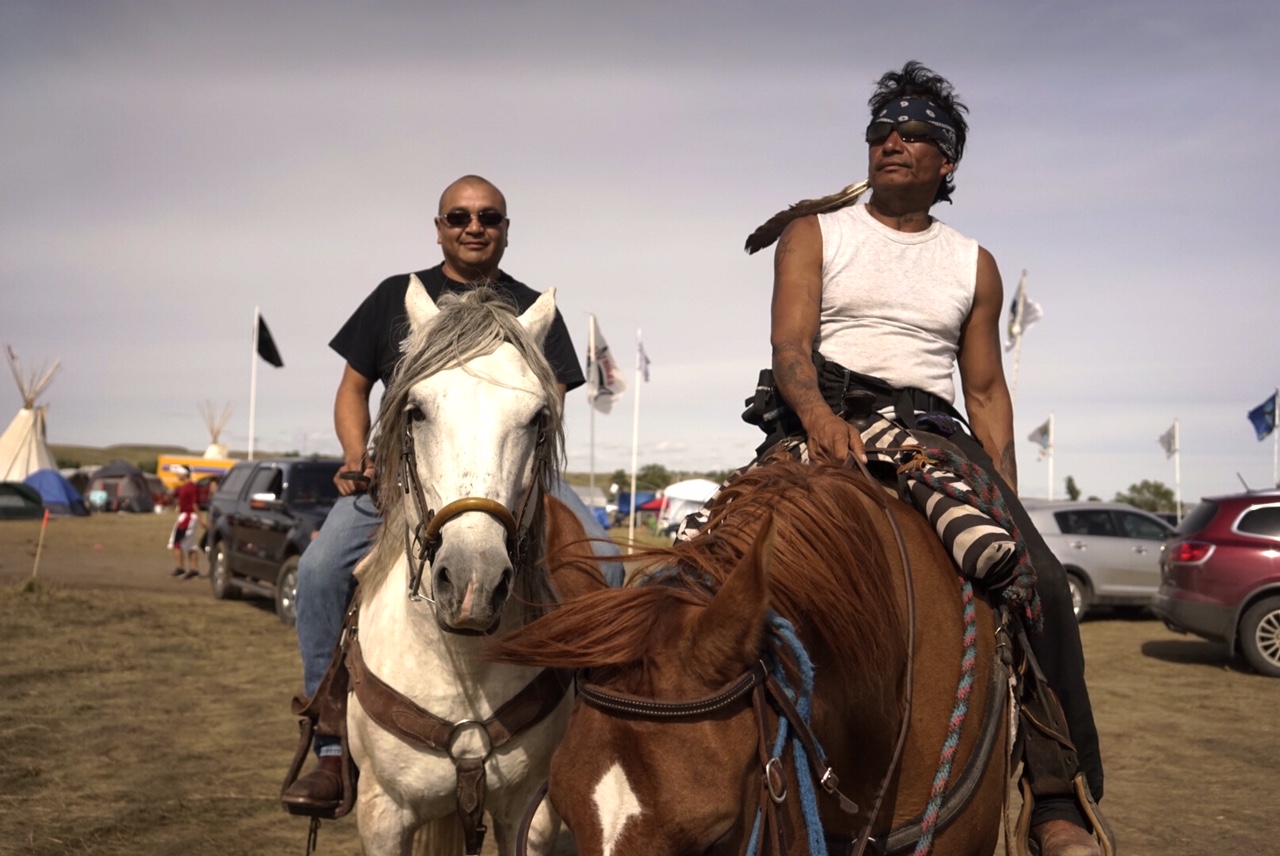 A young Turtle Mountain girl pictured with a shirt honouring her dead brother, C.J. Strong Bear Boy, who died this winter in a car accident. The Turtle Mountain tribe sent eight truckloads of firewood to North Dakota in C.J.’s honour to offer support to the Standing Rock tribe. 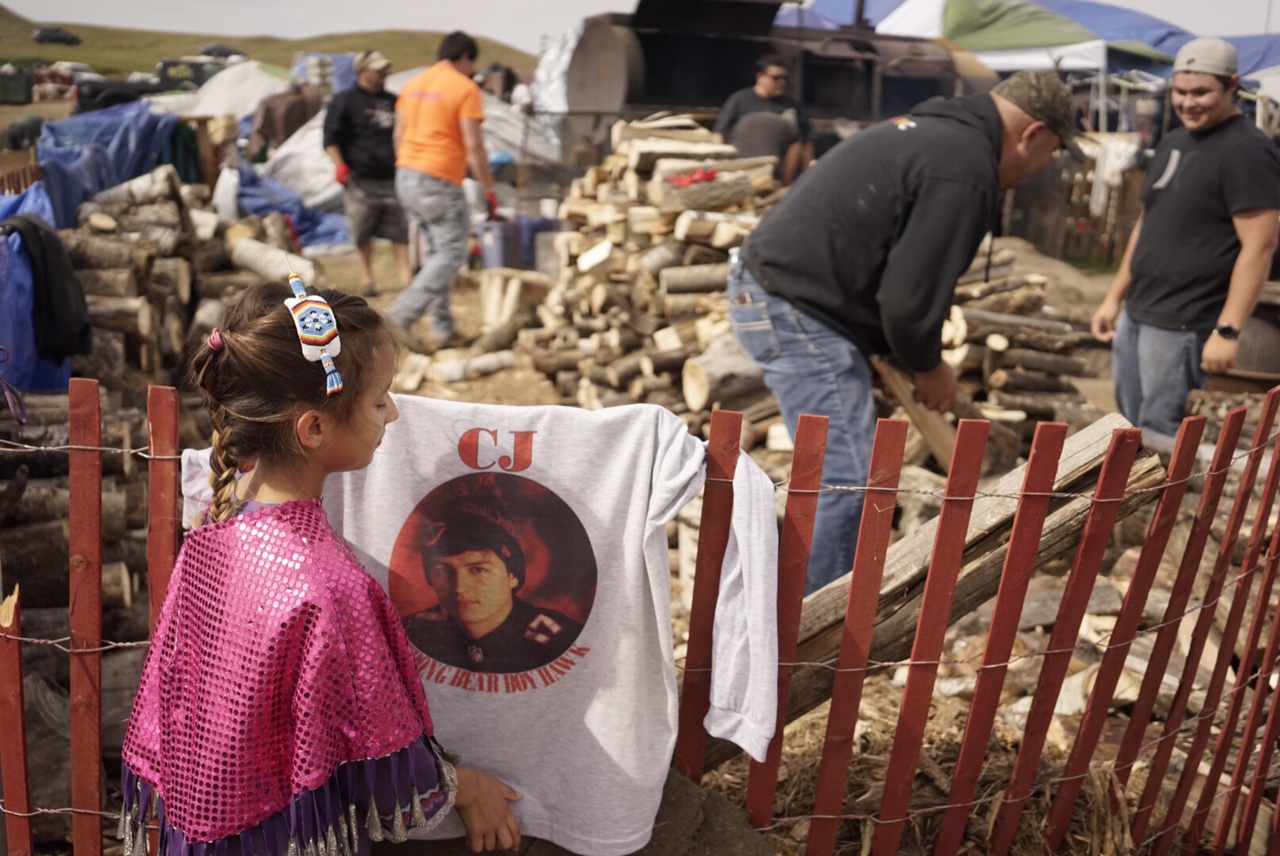 Celebrating at the ongoing protest. 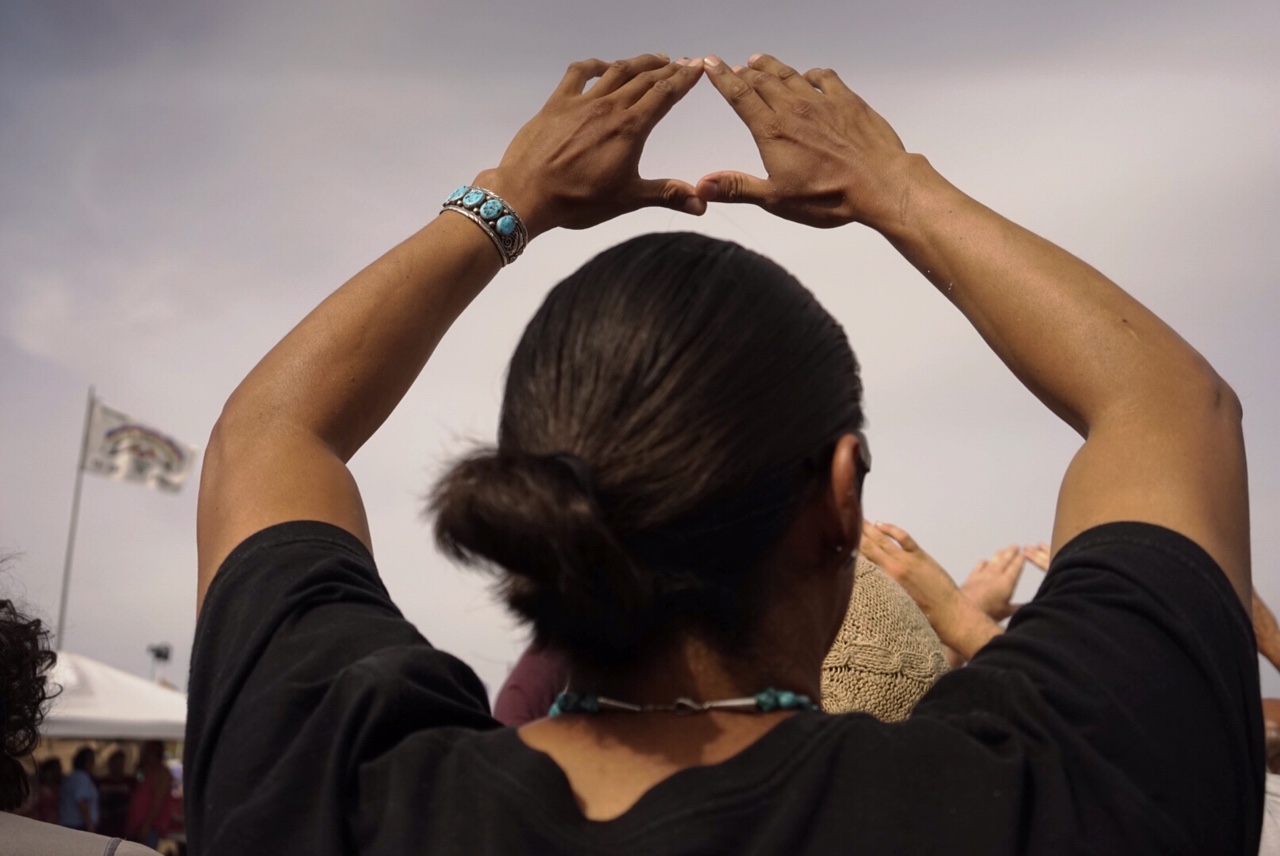 OUT OF MIND » BREAKING NEWS & HOT TOPICS » THE RESISTANCE, PETITIONS, PROTESTS & RIOTS » These Are the Faces Of The People Fighting Against The North Dakota Pipeline