OUT OF MIND » THE INSANITY OF REALITY » ILLUMINATI AGENDA & WORLD DOMINATION » "Not a Troll, Just a Nut" - by Serena1


Comment from video maker to Serena when she posted the link to the article here and commented that it was an anti abortion thing:

RE: "Troll Among us, badselfeater" - Guest Post by Serena1

Not spreading fear either. .

I'm just a guy that happens to have some morals and I could care less about you and your MONEY !!!!

It just goes to show you don't care about this evil that goes on every day. . .

No one holds you personally responsible. . .

WE ARE RESPONSIBLE AS A PEOPLE!

As a Nation! Did you watch the video?

How can you say we shouldn't all be responsible?

It's just a shame we let this happen. . That was all I wanted to say. .

I am sorry if I offended you , After all you seem more worried about your money . Thanks for reading anyway. .

All right you nut, I guess you didn't get the memo that the entire purpose for our endeavors is to use this gift for humanitarian projects to save all the people, all of the animals, and the entire planet from certain extinction by a bunch of selfish, mentally ill, psychopathic, satanic, wacko's. We are facing extinction level die off of birds, mammals, fish, amphibians, insects, and plankton. 50% of the plankton in the ocean is dead and we cannot survive without it, it makes much of our oxygen. Many people are facing disease and infertility from all the poison in our food water and air, in this downward spiral that is picking up speed.

They are now spraying chemicals in the air to kill zika, a non harmful virus that is equivalent to the cold, and it is killing the bee's. Without bee's we cannot grow food. What about all the people and animals breathing that stuff and the poison in chemtrails? That is in addition to the weather manipulation that they are using to wipe out towns, cities, and countries with using chemtrails and haarp. Many of the Earthquakes, hurricanes, tornadoes, and floods are caused by these mental midgets. California has been in a 12 year drought which is totally caused by weather manipulation. Entire countries of people are starving to death from mental midget made droughts. Don't even get me started on the massive amounts of fires all over the world caused by their droughts.To top the whole thing off with a big juicy cherry we are heading for an ice age, we are in the pre-ice age phase and nothing will live on the surface of the planet when that happens.

We also can't forget the massive amount of nuclear radiation leaking out of their stupid nuclear power plants that we don't need because we have had free energy for a long time but the greedy war mongers keep suppressing it. They kill decent people trying to create a better way every day. Their plan is to kill 90% of the population and turn who ever survives into slaves. Most people don't know that we are already debt slaves.

Then we add their chemicals in the food, prescription drugs, vaccines, recreational drugs (which they supply) and alcohol to dumb the pain of living in this world. It is truly amazing how much people are still able to get out of bed and do their best to contribute what they can to take care of each other. Even with all that they do to harm us people still show amazing kindness and help when they can. Every day I witness human kindness and compassion.

Maybe you could contribute your skills and talents to expedite their demise. Then we can turn off the harrp, scalar, emf's, and all other mind altering technologies so that we can all express who we really are which is pure love. If you want to really heal something you have to get to the root of the problem. So get with us or get out of here.

THE CABAL IS GOING DOWN!

PS I did watch the whole horrible video. I was hoping for something positive to come up but nope. Just a bunch of angry ranting. Your intention with this video is to cause harm to all of the innocent people who were tricked into watching it. Your pain goes much deeper than your stated purpose. I hope you get some good therapy.


Awesome response Serena! After viewing just a few minutes of that vile anti climax I wanted to punch the dude square in the face for wasting our time to push his agenda of which he has nothing at all to do with seeing as how he will never have to face that heartbreaking issue in his male existence. That dude is just a total asshole imo.

This is his response: (I still think he is a troll)

Yes I am aware of all the chemtrails and HAARP and all that stuff. .

And again I apologize for the vid. .
I hope you will accept my sincere apology . .

And I apologize for the "you only care about your money" remark as well. . .
It was wrong of me to say that. . . And again. . I hope you will accept my apology.

Of all the things that has been allowed to happen on this planet ,Unborn Child sacrifice is just PURE EVIL !!!!!
For some reason I had never given it much thought. ..
Until I saw the video myself. It just broke my heart to pieces. . All I could do is cry and pray God will forgive us for letting this happen.

And what's this one I hear about killing off all the wild horses. .???
I have a feeling when the SHTF they won't let anyone go into the wild and live off the land like we used to back in the day.

I guess if there are no natural resources left we won't have a choice but to live in their FEMA CAMPS or Die !!!

Have you ever seen the Georgia Guidestones????
I am originally from South Georgia. . However I lived in Atlanta for fifteen years. .
The first time I heard of them , Diana and I went to see them. . In Elberton, Which is up in North East Georgia. . . WAY out in the country in the middle of a cow pasture. . .
It clearly states they plan on depopulating the planet , Either by one of their man made HAARP events , Or they may know of a pending natural disaster they won't warn us about directly because it would turn the world upside down before they can carry out their agenda. . .
It says to maintain the world's population under 500,000,000 . And to live in balance with nature. Assuming there is any nature left to live in balance with !!

I have actually been studying up on this stuff since 2000 when I first moved to Atlanta. . . .
Chemtrails , Niburu , HAARP , False Flag Alien Invasion , Cern , Mass Animal Die Offs , Fukushima Radiation poisoning The oceans. . .
And BEES. . .
Even Albert Einstein said a hundred years ago. . . If the world's Bee population were to disappear . . . Mankind would only have four years. . .

I believe the Earthquake that caused the Tsunami in Japan , Hurricane Katrina , And many other events may very well have been our governments HAARP events.

It really pisses me off that the governments we have entrusted our very lives with want to do these things to innocent people.
All in the name of profit and power.

I hope you see that my concern is genuine . . .

Anyway. . .
I hope we can Hug and Make up and be Friends. . .
My heart is in the same place as everyone else here.
Thanks for reading , And for your opinion .
I sincerely hope and pray we can make the world a better place , And SOON !!!!!
Thanks again for reading , And Posting. . .
We need to keep spreading the love and joy that we all so well deserve.
Sincerely. . . .
Tony B. 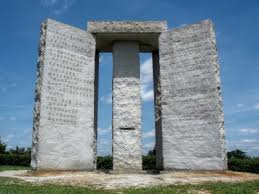 OUT OF MIND » THE INSANITY OF REALITY » ILLUMINATI AGENDA & WORLD DOMINATION » "Not a Troll, Just a Nut" - by Serena1

» Denying and Resisting Reptilians. How to talk to and about.
» To Dave Schmidt -- The OOM Troll
» EXPLAINED - EERIE ILLUMINATI Countdown Ends Today - WHAT DOES IT MEAN ? Bad Self Eater
» Russian troll farm sows division in the US.
»  Thomas Jefferson and the Troll Army By Anna Von Reitz