Man Eats 2 Tbs of Coconut Oil Twice a Day for 60 Days and This Happens to His Brain!

Man Eats 2 Tbs of Coconut Oil Twice a Day for 60 Days and This Happens to His Brain!
RiseEarth

The theory of Dr. Mary Newport, if accurate, may be among the biggest and most important health discoveries of all times.

She suggests that ketone bodies, which are formed when the body digests coconut oil, can serve as an alternative fuel for the brain. This oil is believed to offer essential benefits in the prevention and treatment of Alzheimer’s. I

She had her own history with this condition, as her husband, Steve, suffered from progressive dementia for 5 years in his mid-50s, and then had an MRI which confirmed the clinical diagnosis of Alzheimer’s. 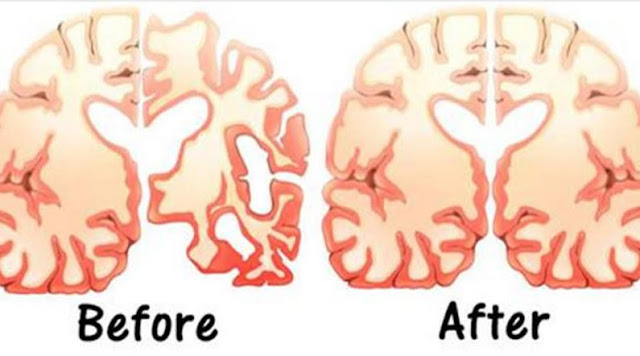 In her case study, she told his story:

“Many days, often for several days in a row, he was in a fog; couldn’t find a spoon or remember how to get water out of the refrigerator… One day I would ask if a certain call came that I was expecting and he would say ‘No.’ Two days later he would remember the message from so-and-so from a couple of days earlier and what they said.”

She recounted that Steve had no short-term memory, but the information still existed somewhere in his brain, and she sensed that his diet was somehow related to the problem. Steve started taking medications to decelerate the development of the disease, but he became depressed, did not perform even the simplest tasks, lost weight, forgot how to cook and use a calculator.

Yet, he remained in a good condition and spent all day working in the garage and his yard.

Dr. Newport got interested in the findings of studies which stated that medium chain triglycerides or ketone bodies were able to treat and prevent Alzheimer’s disease.

“Ketone bodies may help the brain recover after a loss of oxygen in newborns through adults, may help the heart recover after an acute attack, and may shrink cancerous tumors. Children with drug-resistant epilepsy sometimes respond to an extremely low carbohydrate ketogenic diet.”

If glucose is unavailable, the cells in the body can use ketone bodies as an alternative fuel. They do not normally circulate in the body, but only when it is starving for a couple of days, or if the person follows a very low-carb diet. Dr. Newport adds:

“In Alzheimer’s disease, the neurons in certain areas of the brain are unable to take in glucose due to insulin resistance, and slowly die off… if these cells had access to ketone bodies, they could potentially stay alive and continue to function.”

Therefore, she started giving a dose coconut oil to her husband on a daily basis. He received 3 tablespoons of the oil twice daily, to ensure that here is a constant circulation of ketone bodies in the system. After a 2-month treatment, he became happier and alert, made jokes and became more communicative. Also, his tremor became less noticeable, and he was no longer distracted while working.

After a year, Steve became a completely different person, he recognized their relatives and friends, was active in conversations, easily found words, was much more active and happier, and his facial expressions were more animated.

“For now, we are very pleased with where he is at and should coconut oil stop or slow down the progress of his disease, it will be worth every drop that he takes.”