New scientific reports are describing a surprising outburst of activity from the comet 67P, measured by instruments on the European Space Agency Rosetta probe in February of this year. The explanation that ESA investigators have offered is “we think the outburst must have been triggered by a landslide at the surface.” 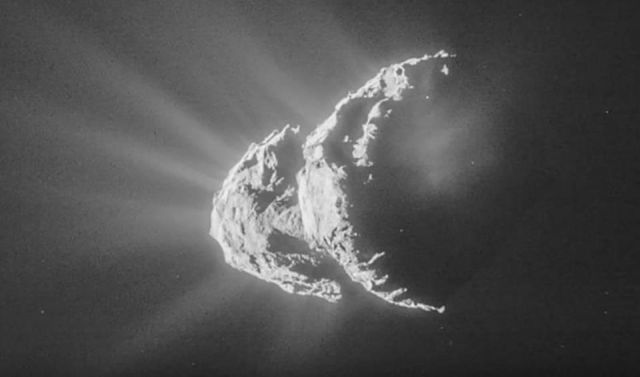 Thunderboltsproject, a project that researches the electric universe, suggests that perhaps the electrical theory of comets offer a better explanation. They refer to an electrostatic discharge on the planet observed during the outburst of activity i.e. some kind of flash near the surface.

But was it an electrostatic discharge during the outburst of activity which caused a “landslide” or it was caused by something completely different.

They said comet 67P is not a comet at all but in fact a spaceship that is sending signals.

Now suppose that the flash observed near the surface is a thruster used to change the trajectory of the spaceship and the outburst of this thruster caused displacement of rocks and other things on the surface, what the ESA investigators called a “landslide”. 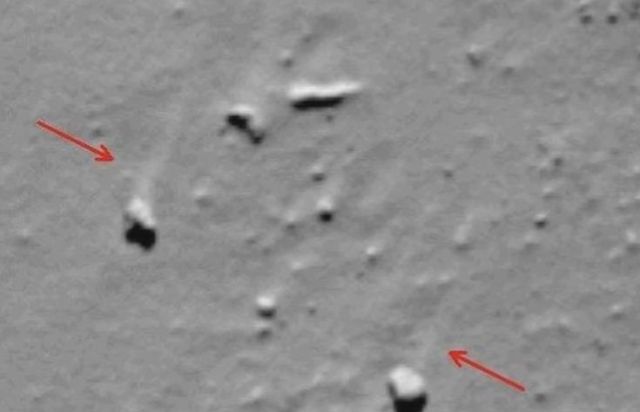 A while ago BPEarthwatch received an Email from someone who cannot disclose his name working within the ESA (European Space Agency and although we do not know whether the content of the email is genuine or not hereby an extract of the mail.

According to this person, Comet 67P is not a comet. He said some 20 years ago the NASA space agency began detecting radio bursts from an unknown origin out in space.

Image left:  Possible Antenna on the surface of 67P.

It would be late known that these bursts had likely come from the direction of the now named comet 67P. Later on it was confirmed that these signals coming directly from the comet itself but that the comet had seemed to change trajectory at well.

It was at this time that the NASA space agency decided to plan out a mission to send a military backed reconnaissance mission to the object in hopes of discovering it’s true nature.

Because of its nature and secrecy the NASA made a deal with ESA to publicity tout the mission as a search to simply get a close up of one of the millions of comets flying through space.

It was the perfect cover and allowed the governments to go about getting the mission off the ground without the need to hide its launch.

Regardless of many speculations of what may have been the cause of the unexpected outburst activity, this strange space object continues to surprise us.

In the first video Thunderboltsproject explains the electrical theory of comets related to the strange outburst activity.

The second video shows the possible antenna and more objects on the surface of 67P.