How millions of trees brought a broken landscape back to life 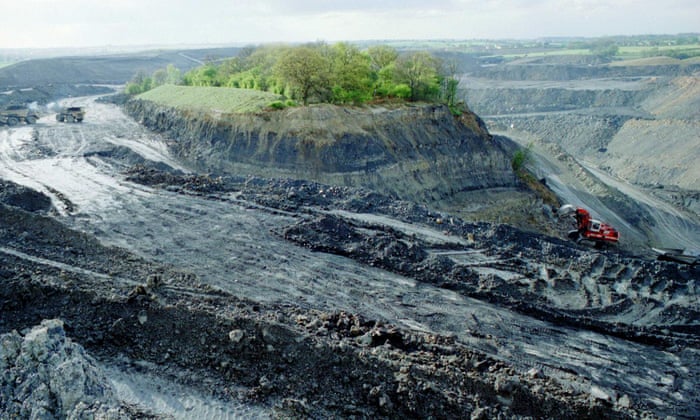 After 25 years, the decision to site the National Forest amid derelict coal and quarry workings has borne spectacular fruit

Twenty-five years ago, the Midlands villages of Moira, Donisthorpe and Overseal overlooked a gruesome landscape. The communities were surrounded by opencast mines, old clay quarries, spoil heaps, derelict coal workings, polluted waterways and all the other ecological wreckage of heavy industry.

The air smelt and tasted unpleasant and the land was poisoned. There were next to no trees, not many jobs and little wildlife. Following the closure of the pits, people were deserting the area for Midlands cities such as Birmingham, Derby and Leicester. The future looked bleak.

Today, a pastoral renaissance is taking place. Around dozens of former mining and industrial communities, in what was the broken heart of the old Midlands coalfield, a vast, splendid forest of native oak, ash and birch trees is emerging, attracting cyclists, walkers, birdwatchers, canoeists, campers and horse-riders.

Britain’s trees have come under increasing attack from exotic diseases, and the grants for planting woodland are drying up, so the 200 sq miles of the National Forest come as a welcome good news story. The new woodland in the Midlands is proving that large-scale tree planting is not just good value for money, but can also have immense social, economic and ecological benefits.

In this one corner of the Midlands, more than 8.5m trees have been planted in 25 years, hundreds of miles of footpath have been created and 500 abandoned industrial sites have been transformed. The landscape and ecology of semi-derelict Britain has been revived and rewilded with trees.

“I came here from Staffordshire 62 years ago,” says Graham Knight, a former coalface engineer who lives near Moira and now works for a retraining charity. “It was clay pits, quarries, coal mines, chimneys, sewer pipes, and kilns then. It was very unhealthy, pretty grim. It was a hard life and it toughened people up. The area went into steep decline when the industry closed and almost everything disappeared. It has changed from a wasteland to an environment that we envied.

“People love trees. They like to see forests and woods. In those days you would go to a place like this for holidays. People are moving in and communities are growing.”

Many of the young trees in the National Forest are little more than whips because hundreds of hectares are being planted every year as more derelict sites are taken over. But the trees that were dug in 25 years ago now stand 30ft tall and need to be thinned.

Along with the maturing trees have come buzzards and red kites, skylarks, butterflies, otters, bats and owls.

“This is the first major forest planted in England for 1,000 years. We have taken a black hole and given it new life”

As the trees continue to grow, insects, small mammals and flora will come too, says John Everitt, director of the not-for-profit National Forest company, which has taken over many of the area’s old industrial workings and also advises landowners and farmers about switching from low-grade farmland to forest and woodland.

“This is one of the largest landscape transformations in the United Kingdom, the first major forest to have been planted in England for 1,000 years. We have taken a black hole and given it a new lease of life; given people a new landscape they can identify with. We can say that air pollution is better, the rivers are cleaner, the water is being retained better and soil is being better conserved. 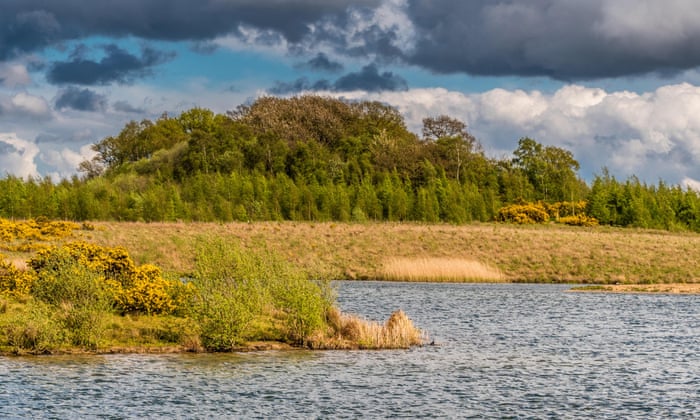 “We are a typical piece of Middle England,” he adds. “This is not closed canopy, wall-to-wall forest, but forest in the medieval sense with a mosaic of habitats, of trees, open grassland, pastures, and communities. We are roughly half way there. We have planted about 8.5m trees and we expect to plant 16-17m.”

The idea of recreating a new national forest was born in the old Countryside Commission in the late 1980s and was backed first by Tory politicians such as Michael Heseltine and John Gummer and then by Labour ministers, including Michael Meacher, says the National Forest’s director of operations, Simon Evans.

“The first trees were planted in 1991 when the ambition was for 33% of the 200 sq miles to be forested from a starting point of 6- 7%. The idea was to take an area that had very few trees and bring it up to the level of somewhere like Surrey. There were remnants of ancient forest but at the core there were no trees at all,” he says.

This pioneering regeneration experiment has had a low profile and has gone largely unnoticed by environment groups, possibly because it has cost so little and, for many years while the trees were so small, there was very little to see.

Only £60m of public money has been spent in the first 25 years and most of that has come from European Union farm subsidies which would have gone to landowners anyway.

Everitt says: “£60m is the equivalent of just two miles of three-lane motorway, or one mile of HS2 [rail link]. It is peanuts, incredible value for money.” He argues that the forest has already attracted nearly £1bn of inward investment, created many hundreds of jobs, stimulated house prices in the area and led directly to hundreds of new tourism, leisure and wood-based businesses starting up.

“It is one of the very few long-term projects for which a government had a vision and that successive ones have followed through and supported. It’s very hard to argue against it. Why would you not do this? It has cost just £2.5m a year and brings in so many benefits in health and economics. It shows that the principle of using the environment and trees to regenerate a place and stimulate growth can work anywhere.” 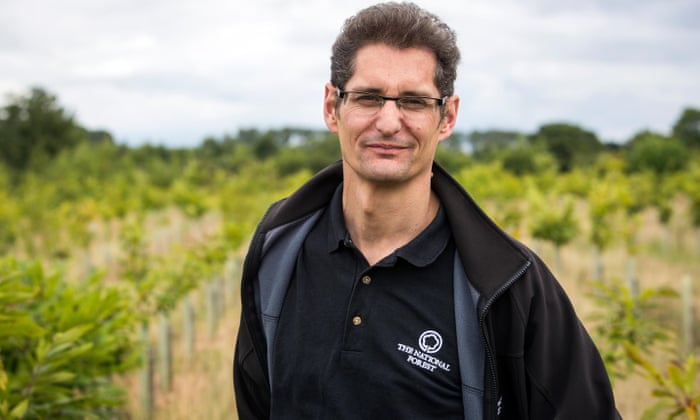 Conservationists and regeneration experts now claim that the National Forest is absolute proof that tree planting on a large scale can increase wealth, change the identity of a place and pay for itself hundreds of times over.

A second major new forest has now been proposed for elsewhere in Britain, possibly south Wales or a rural area of northern England.

“People understand the economic and aesthetic benefits of trees,” says Everitt. “They are very popular. They can be a backcloth to many other activities. People prefer a wooded landscape. I do not understand why the idea is not used more. I think politicians may not be environmentally literate.

“There was an active demand by local people for the forest to come here. It did not need to be imposed on people, but it took some time before the farmers embraced the idea fully,” he says. “All the surveys done in the past 20 years suggest that the transformation of the landscape has been popular, giving communities a new sense of place and identity.”

“I do not understand why the idea is not used more. I think politicians may not be environmentally literate”

The challenge is to ensure that the flourishing of the National Forest is not an isolated success. Elsewhere, Britain’s tree planting is grinding to a halt. Figures last month from the Forestry Commission showed that only 700 hectares of new woodland was planted last year, instead of a goal of 5,000. Woodland areas damaged by storms and other extreme weather are not being replaced and ancient woodland is under threat from infrastructure projects such as the high-speed train line HS2 and airport expansions.

Grant schemes have been cut and those that still exist are said to be confusing, and hard to access.

“We have to present tree planting as a solution; people have to understand that it is a good thing to plant trees,” says Andrew Heald, technical director of forest industry body ConFor (Confederation of Forest Industries).

Government committed last year to the planting of 11m trees by 2020, but Britain is likely to remain near the bottom of the European league table for tree cover, with around 13%. In addition, Britain’s forests are threatened with devastation by tree diseases. Recent academic analysis has warned that all the ash trees in the UK and across Europe are likely to be wiped out by a “double whammy” of a bright green borer beetle and the fungus that causes ash dieback.

“Between ash dieback and the emerald ash borer, it is likely that almost all ash trees in Europe will be wiped out, just as the elm was largely eliminated by Dutch elm disease,” said Peter Thomas, a tree ecologist at Keele University whose analysis was published in March’s Journal of Ecology.

The same problems face the National Forest, says Everitt. “There are grants available for tree planting, but they are not that attractive now. Good woodland schemes are not available now.

“But the National Forest is protected because it has so many species. Last year, we had our cases of dieback and it is now spreading quite rapidly; 15-20% of the trees that have been planted are probably ash. Many of them will be replaced naturally. But there may not be huge die-off here because we are thinning around 20% of the trees. We must understand that this forest is not just about its trees. Trees are important, of course, but they are the setting for everything else.”