OUT OF MIND » THE INSANITY OF REALITY » GOVERNMENTS & THE NEW WORLD ORDER »  The School System: The Incarceration of Children

The School System: The Incarceration of Children

CAFOs, also known as Concentrated Animal Feeding Operations, are confined feedlots in which animals raised for food products are kept in confined prison-like conditions absent of natural vegetation. Here, animals are kept outside of their natural habitat and fed feed they would not eat in nature. The filthy conditions and poor nutrition make for sick animals, so the CAFOs depend heavily on antibiotics which are given prophylactically. Beef and dairy cattle, pigs, turkeys, and chickens are among the animals in the more than 257,000 AFOS in the United States.
Rather than eat native foods such as grasses, vegetation and insects, they are “fed” mostly genetically modified crops such as soy and corn, or cereal based feed made from these crops. Instead of eliminating waste naturally on the land, which acts as fertilizer, the waste is stored in anaerobic “lagoons”. These cesspools of waste emit carbon dioxide, methane and ammonia into the air and leach antibiotics, endocrine disruptors, heavy metals and bacteria into the land.
Without going much further in to the devastating science of why CAFOs are bad for human and animal health, and our environment, it is safe to say that animals do best in their natural habitat, living, reproducing, eating and eliminating as nature intended, and that we as omnivores do best when eating food raised in its wild or natural habitat.
There are many ways in which we go against nature and are worse off for it. Our food “system” is one big glow-in-the-dark example of this. We have so tampered with the food cycle that the very natural system to digest our food is affected. Allergies, leaky gut, sibo, Crohns, and IBS are just a few examples of illnesses related to the way we produce our food. CAFOS, antibiotics, chemical fertilizers and pesticides cause disease because we have removed the nutrients in our food AND lessened our ability to absorb the nutrients that are left.
I was pondering this and the many other departures from nature we have set upon in the name of science, technology and profit that I have sadly learned about in my last 11 years as a publisher in the natural health space. As a parent, I am concerned for our children, and find a loose, but eerie parallel to the way we not only feed our children, but the way we educate them. We have taken animals out of their natural environment; and we may be doing the same to our children.
Declined Creativity
Children are sicker, more anxious and depressed than ever before. Sadly, in a time of life often referred to as the wonder years, children are less creative and imaginative. In the Creativity Research Journal, Kyung Hee Kim published an article discussing the decline in creativity in children over time. Kim introduces the TTCT, Torrance Tests for Creative Thinking, and explains how scores have steadily decreased since the 1990s. When predicting creative success, Kim found that the TTCT scores predict creative achievement better than any other measures. After comparing yearly TTCT scores starting in 1990, Kim concluded
“… creative thinking is declining over time among Americans of all ages, especially in kindergarten through third grade. The decline is steady and persistent, from 1990 to present and… begins in young children, which is especially concerning as it stunts abilities which are supposed to mature over a lifetime.”
Because creativity is declining at such a young age, efforts to increase and promote creativity should begin at an early age, prior to preschool, and continue throughout development. 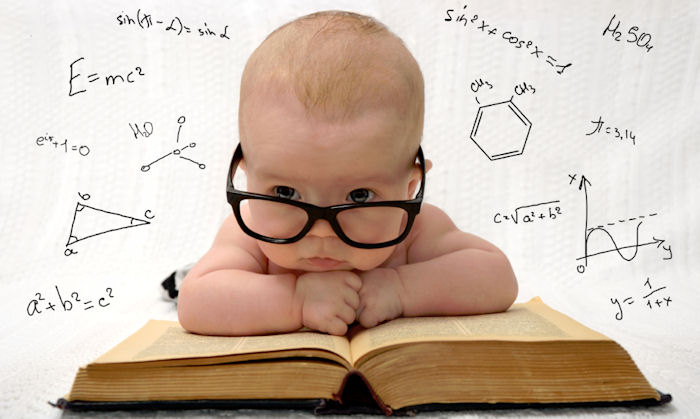 Children are starting school at an earlier age for the sake of learning or ‘preparing” for school. According to Baby Center, most preschools begin accepting children at age 2 and half.[ii] But childhood is not a preparation, it’s a stage of life in itself, and research has shown that beginning formal education earlier is not necessarily better. Raymond Moore, author of Better Late Than Early: A New Approach to Your Child’s Education, writes on his website,
“In addition to our basic research at Stanford and the University of Colorado Medical School, we analyzed over 8000 studies of children’s senses, brain, cognition, socialization, etc., and are certain that no replicable evidence exists for rushing children into formal study at home or school before 8 or 10.”[iii]
On average, children are beginning kindergarten at age 5 and continue schooling until college. This continues even though it is not necessarily better for a child’s creativity or intelligence. In fact, children in Finland don’t start school until age 7 and they beat the United States in math, reading and science. In an article on NPR, Claudio Sanchez writes,
“Despite the late start, the vast majority [of Finnish students] arrive with solid reading and math skills. By age 15, Finnish students outperform all but a few countries on international assessments.”[iv]
We live in a society where being first apparently makes you a better person, but when it comes to our children’s education, waiting a little longer will ultimately keep our children healthier and smarter.

Children are over-scheduled with activities to prepare them for college and the “real world” but childhood is the real world, and we are letting children miss out on it. Perhaps the worst way in which is we removed children from their natural habitat is by institutionalizing them, instead of allowing them to learn naturally. In the school system, children only average 30 minutes of recess in a 6-7 hour day. Running, jumping and moving are essential to learning as learning is multi-sensory. Play is an instinct and by pushing children into the education system at such an early age, we thwart this instinct. Dr. Peter Gray, developmental psychologist and author of Free to Learn: Why Unleashing the Instinct to Play Will Make Our Children Happier, More Self-Reliant, and Better Students For Life, explains in his blog that:
“…it is generally a waste of time, and often harmful, to teach academic skills to children who have not yet developed the requisite motivational and intellectual foundations. This explains why researchers repeatedly find that academic training in preschool and kindergarten results in worse, not better, performance on academic tests in later grades.”[vii]
Dr. Gray reaffirms that pushing our children into the school system too early and upsetting their natural need to play only disrupts healthy minds and intellectual growth. 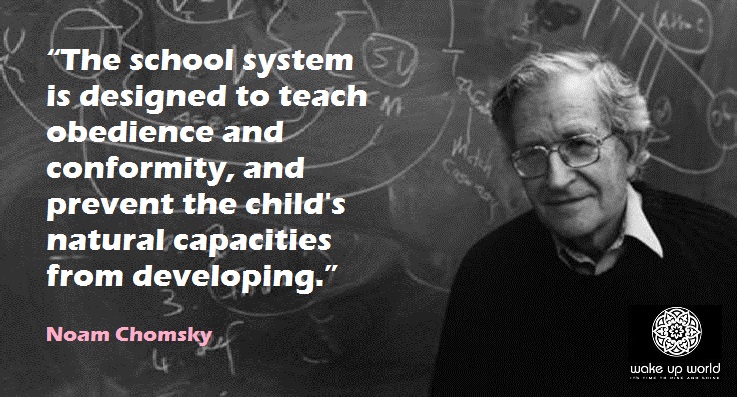 Common core takes away the child’s interests and learning style. Instead of allowing the teacher to tailor curriculum to the children needs and interests, each child everywhere is learning the exact same thing at the exact same time. First and foremost, common core standards create a lack of diversity. Prescribing the same standards to all states ignores the fact that some students learn different subjects at different paces and this ultimately thwarts creative and unique development.
Other cons include an unguaranteed improvement in testing, a pushed government program (no acceptance, no money), an untailored program to our children’s needs, and a straddled middle ground for education.[viii] Being that each child thinks and learns differently, forcing a strict standardized program on our child’s educational development will ultimately inhibit our children from reaching their full potential.

“Education is not the filling of a pail but the lighting of a fire.”
~ William Butler Yeats

Classrooms are more crowded than ever before and is as problematic for the students and the teachers. Teachers in overcrowded classrooms tend to be more stressed, overwhelmed, and unorganized. Overcrowded classrooms are challenging for teachers as it spreads them too thin and does not allow children to receive tailored attention to their needs. Frontier Academy explains that:
“…if children are not given the attention they need in the classroom, they may fall behind. This can affect not only standardized testing scores, but also the child’s own enjoyment of school and learning, setting them up for failure in the future.”[ix]
Overcrowded classrooms discourage our children from receiving the best education possible, and pushing them into the school system too soon only keeps these issues from being resolved.
No species thrives when taken from its natural environment. It’s time we rethink the way we educate our children, and the effects that institutionalization has on the physical, intellectual and emotional well being of our children. For me, the way I “got off the grid” was the decision to homeschool. This decision was not without sacrifice, but the rewards have far outweighed any inconvenience. I am able to tailor their sleep schedules, social activities, curriculum, meals and extra curricular activities in a way that meets the individual needs and interests of my children. If homeschooling is not an option for your family, then feel empowered to get involved and be the voice our children need advocating for them in the school system. Our children, and our world, will be better because of it.

Posts : 185
Join date : 2016-05-03
great article...people need to understand if they really love their children they need to be real about that. what is love? would Love do this to their offspring? I have had a similar conversation with a close friend recently about her children. Her youngest is in "pre-school" full time and is so unhappy but this child is truly a starseed, an indigo, she is a child of the light and is fading and keeps getting sick but mom likes the social life of her job and dad is a bozo and resists her efforts to work from home which she SO could do. I have resisted for months being totally honest with her after back in February telling me she knows all this and wants to get them out of the schools. But, money talks and she is serving the self and her so-called reputation in town. She said "it's so hard!" Really? What's hard? Watching these precious souls being ground into AI? Or losing her fake money? That's not love. They aren't my children but my heart breaks seeing this. What can I do? I was finally honest with her the other day and she responded by saying that her kids think I am mean and I am judgemental. Oh well, I would rather lose a friend than regret later not saying anything. She will wake up soon to the reality hopefully before the school has an emergency and they lock the doors with the kids inside.

It is heartbreaking beyond words.

OUT OF MIND » THE INSANITY OF REALITY » GOVERNMENTS & THE NEW WORLD ORDER »  The School System: The Incarceration of Children