» David Rasnick: new strain of the coronavirus, or a giant con?

Today at 5:25 pm by PurpleSkyz

» Seed Companies Warn of Shortages, Delays – So Find Them Locally!

» 'Time for Talk Is Over. No More Excuses,' Says Sanders as Lawmakers Intro $15 Minimum Wage Bill

» Encounters With Star People: “They Meant Us No Harm. Grandpa Called Them Our Ancestors”

Today at 2:09 pm by PurpleSkyz

Today at 12:32 pm by Consciousness Of Economic

» The best remedy against a tormenting astral being

Today at 12:32 pm by Consciousness Of Economic

Today at 12:30 pm by Consciousness Of Economic

Today at 12:29 pm by Consciousness Of Economic

Today at 12:27 pm by Consciousness Of Economic

Today at 12:26 pm by Consciousness Of Economic

» Gather Round The Magic Money Tree! The Systematic Impoverishing Of The World Wrapped With A Bow

» Lin Wood: ‘I believe the military is in control’

» Injured by a Vaccine? Here’s How to Report It

We're all living in a 'conceptual prison'

Admin
Posts : 98607
Join date : 2012-01-04
Location : Woodstock Nation
We're all living in a 'conceptual prison':
Our brains perceive a fraction of reality to keep us alive 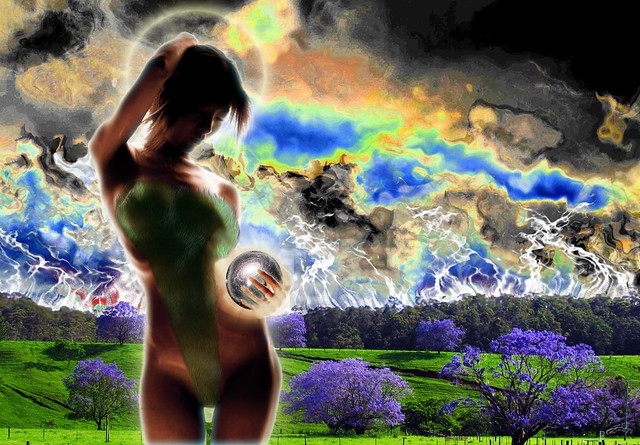 To help us survive, our perception of truth is limited, says scientist Donald Hoffman

Seeing may be believing but, says cognitive scientist Donald Hoffman, it shouldn't be. For millions of years the Australian jewel beetle's reproductive strategy proceeded very effectively. Then, Homo sapiens - and its habit of dumping used beer bottles - entered the picture. Unable to distinguish between these brown glass containers and the shell of a potential mate, the male beetles began attempting to copulate with discarded vessels. " They nearly went extinct," explains Hoffman, a professor at University of California, Irvine, who has spent 30 years studying how perception misses the mark.

That such a simple organism lacks an accurate perceptual system may not seem surprising. But you'd think that - beyond the occasional optical illusion - this isn't a problem a creature as evolutionarily developed as humans need to worry about. We evolve to survive - so the more accurate our perception, the better. Not so, explains Hoffman: "Evolution isn't about truth, it's about making kids. Every bit of information that you process costs calories, meaning that's more food you need to kill and eat. So an organism that sees all of reality would never be more fit than one tuned only to see what it needs to survive."1

Hoffman's argument goes further than the claim that, like the beetle and the beer bottle, our perception is not accurate enough to discriminate between objects that resemble each other. Not only do perceptual systems not evolve to capture the details of the real world, he argues, there's no reason to believe that the objects that we see have any correspondence to things that exist outside our minds.

"The standard view of vision is that we're akin to cameras, taking an image from light reflected off an object," he explains. "But billions of neurons and trillions of synapses are involved between light hitting the retina and the construction of the 3D objects that we perceive."

So we might fudge details to save energy, but how could it be more useful to construct a view of the world that bears no resemblance to how it actually is? Hoffman's favoured analogy is the desktop interface.2

"When you click a square, blue icon to open a document, the file itself is not a blue, square thing," he says. In the same way the physical objects that we see are just symbols, and the space-time in which they seem to exist just on the desktop of our specific interface to some objective reality beyond. Like any interface, it must stand in causal relationships to an underlying structure, but it's all the more useful for not resembling it.

Doubting our perceptions isn't easy. "Our perceptual system is our window on the world, but it's also a conceptual prison," he agrees. "It's difficult to conceive a reality outside of space and time. But maths can open up a chink in the walls of that prison. I can't imagine a multidimensional space, but I can deal with infinite dimensional space in mathematical form."

With the help of mathematics, a recognition of the existence of this perceptual prison brings a freedom to form new theories about the world beyond it. Hoffman identifies two inconsistencies in our perceptually-derived view of the Universe that may offer clues into the structure of reality beneath. The first: our inability to explain conscious experience, for example, how we get the sensation of what it is like to taste chocolate from the physical material of neurones and chemical messengers. The second: interpretations of quantum mechanics in which states of a particle are indefinite when unobserved - something that calls into question our assumption of objects continuing to exist whether or not anyone is looking at them.

In both cases, consciousness seems to exist outside the rules we derive from our perception of a physical world. If, as Hoffman argues, the evolution of our perceptual system gives us no reason to believe that this physical world exists as we perceive it, then perhaps we should reverse direction, to begin instead with consciousness itself as the primary substance of reality from which the physical world arises.3 Donald Hoffman: "Our perceptual system is our window on the world, but it's also a conceptual prison"
La Boca

"It's difficult to conceive a reality outside of space and time. But maths can open up a chink in the walls of that prison"
-      Donald Hoffman

"One aspect of conscious experience is that it seems you can't have an experience without an experiencer," Hoffman says. He takes these as composed of three channels of information: perception; decision; and action, each mapping from an input to an output. In the classical view of the physical world, the input to the perception channel is light bouncing off objects, and the output of the action channel is a change exerted on this physical world. To cut this physical world out of the picture, he connects the agents to each other. The input of one agent's perception is the output of another's action, and the output of an agent's action is an informational change in another agent.

Reality, according to Hoffman, is a network of conscious agents. By studying the dynamics of this network we can understand how its interactions build up to the perception that we have of a physical world. Of course, reality could also be any number of other things. Empirical evidence is always insufficient to completely determine one unique theory, and Hoffman's is not alone here. But, he stresses, what matters is that it is precise and falsifiable. "I'm proposing that there is a simple mathematical core to this," he says. "What I have to do now is to show that from this model I can get back space-time, physical objects, quantum field theory and general relativity - essentially that I can solve the mind-body problem in reverse."