Posted on October 5, 2016 by sundance
At 200 AM EDT (0600 UTC), radar data from Guantanamo, Cuba, along with reports from an Air Force Reserve Hurricane Hunter aircraft, indicate that the eye of Hurricane Matthew was located near latitude 20.7 North, longitude 74.4 West. Matthew is moving toward the north near 8 mph (13 km/h), and this general motion is expected to continue overnight.

A turn toward the north-northwest is expected today, followed by a northwest turn Wednesday night. Matthew will be moving across the Bahamas through Thursday, and is expected to be very near the east coast of Florida by Thursday evening.
Maximum sustained winds have decreased to near 125 mph (205 km/h) with higher gusts. Matthew is a category 3 hurricane on the Saffir-Simpson Hurricane Wind Scale. Some fluctuations in intensity are possible during the next couple of days, but Matthew is expected to remain a powerful hurricane through at least Thursday night.
Hurricane-force winds extend outward up to 45 miles (75 km) from the center and tropical-storm-force winds extend outward up to 175 miles (280 km).
The minimum central pressure estimated from reconnaissance aircraft data is 962 mb (28.41 inches).  (more)


FLORIDA […] While it is too soon to know if it will make a direct hit on Florida or somewhere else along the US coast, Matthew is expected to create dangerous conditions.
A hurricane watch is in place for parts of Florida, which is already experiencing bands of rain from the storm.
Florida governor Rick Scott met emergency officials along the coast, starting out in the Keys and travelling north. At a news conference in Daytona Beach, he noted that the storm’s predicted path can change quickly.
“We can rebuild your home, we can rebuild your business. We can’t rebuild your life,” Scott warned. “We are preparing for the worst, hoping for the best and not taking any chances,” Scott said, as he visited emergency management officials in the Florida Keys.
The governor urged residents along the Interstate 95 motorway corridor to start making preparations, which include having at least a three-day supply of water, food and medicine.  (more) 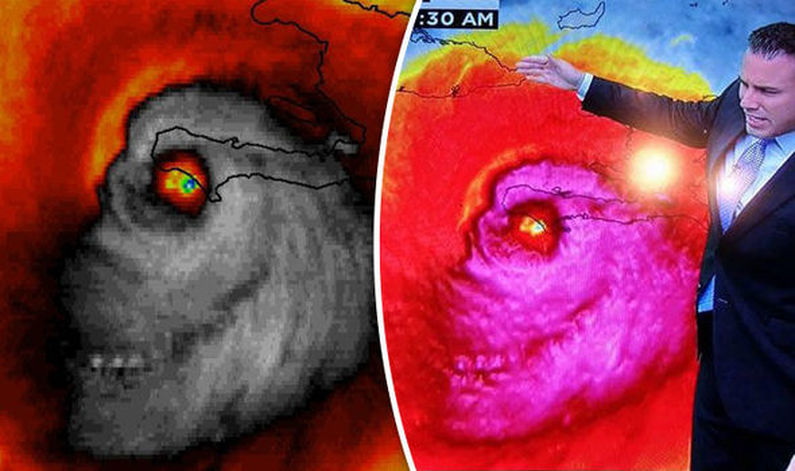