By Staff Writer David “Doomsday Dave” Hines
bio and articles / forum
Tornado hits highway. Check this out .
If you doubt the existence of Planet X / Nibiru, then why are the very wealthy disposing of their assets and investments? This article (thank you, Omar) is very eye-opening.
When is Nibiru coming and why have we not gotten a firm date? Many people write to me asking if I know, so here is my reply to all:
There are several reasons why we ordinary folks don’t know when to expect Planet X. The first reason is the government does not want you to know so they don’t have to deal with massive looting and criminal acts by millions or even billions of people all at the one time, as they could not control this.
Some of the so-called experts on the Web also don’t want to reveal a date because if you knew this you would not visit their sites anymore because you would have no reason once you knew this apocalyptic date, and they would lose revenue from a lack of readers, so they dangle this carrot to keep you going back for an update. I am not saying that everyone does this but I am sure there are some who do.
I know I am going to get flack for this statement but I am like every ordinary person looking for the truth and never finding it. I am certain that there has to have been a whistleblower out there who has given the arrival date to one or more of these experts but, alas, we will likely never know until Nibiru is right on top of us.
The only way we can get some sort of warning is to watch the changes on Earth and keeping a sharp eye on the increase in earthquakes and volcanoes: the worse it gets the closer Nibiru will be. I make no money at all writing to you all and if I have a confirmed date you can be sure I will publish it.
If I am correct with what I think, then some of those experts are no better than the governments of the world, holding back info on Planet X so they can line their own pockets to prepare. Shame on them.
Keep an eye on the comment section to see the reactions as time goes on.
I personally believe that next year we will see a big increase in natural disasters, as they call them, and there is nothing wrong in getting ready early just in case next year brings what I have suggested. I myself have put my house up for sale and am moving out of my city to a small community in the country with only 4,000 people, as I believe I will have a better chance of survival. I recently traded my car for a truck, just in case I have to bug out.
Is Obama hiding the truth? Is he being pressured to keep quiet about Nibiru? This article  (thanks again, Omar) makes for interesting reading.
It seems that scientists and astronomers are making new discoveries almost daily. Omar also passed this article on to me and it is interesting to read about a possible newly-discovered planet. We will have to keep an eye on this one.
Once again, Omar comes through with an interesting video narrated by Marshall Masters. There is some good info on this video and it is worth listening to.
DDD signing off. Keep your eyes in the skies and search for the truth.
Thanks to: http://planetxnews.com

Nibiru Spawns Hurricane Matthew
Hurricane Matthew was spawned by Nibiru, says Dr. Ethan Trowbridge, a leading climatologist who was expelled from the USGS for alerting the world about the dark star and its orbiting planets. A category four storm, Hurricane Matthew is currently raging through the Caribbean, with winds topping out at over 150mph. Although tracking models predict the storm will turn sharply east before reaching the

southern United States, Dr. Trowbridge warns residents to not underestimate the potentially disastrous consequences of this monster hurricane.
“Nibiru is producing latent heat on our planet. And this has a positive correlation on weather patterns currently being experienced on Earth,” Dr. Trowbridge says. “There are a lot of things the public is not being told, that can influence this storm’s trajectory. Many things factor into this.”
According to Dr. Trowbridge, Nibiru is annihilating arctic sea ice, that its proximity to our inner solar system is pulverizing and altering atmospheric conditions across the globe. Greenland, for example, has lost much of its polar ice, causing the region to darken; the consequences allow solar radiation—from both the sun and Nibiru—to permeate the atmosphere, warm the Earth’s oceans, and destabilize the planet’s crust.
“These are dangerous times,” says Dr. Trowbridge, now in exile. “What happens in the Arctic impacts the world. This is known as the ‘carbolic effect,’ a concept the USGS and its affiliates keep hidden from the public. Greenland has reached its carbolic point, and now Nibiru’s presence is influencing weather all over the planet. Hurricane Matthew is the latest example, and Nibiru is the cause.”
Dr. Trowbridge says the National Weather Service is diluting forecasts to lull Americans into a false sense of security. He accuses the National Hurricane Center in Miami of deceiving the public to delay awareness of the Nibiru system. Regardless of publicized tracking

models, he says, Hurricane Matthew has a fifty-fifty chance of striking the southeastern United States as a devastating category 4 Hurricane. Florida should take heed.
“The Earth will be experiencing cataclysmic events long before Nibiru reaches 0.3 au,” Dr. Trowbridge says. Super storms, many of which go unreported, are engulfing our planet. These are perilous times for mankind. Nibiru is real and it’s here. Detractors use spurious logic and flimsy evidence to argue against its existence, but the preponderance of evidence supporting its existence and current location are overwhelming.”
Temperature gradients relative to the equator help spawn and exacerbate storms on a planet wide scale, serving as a catalyst to ramp up unnatural weather phenomena. Nibiru’s rotational spin as it swings around the backside of the sun is creating havoc. The frequency, severity, and intensity of severe weather events will increase tenfold a Nibiru approaches Earth.
“Nibiru is causing a global climate change emergency,” Dr. Trowbridge says, “and we are powerless to stop it.” 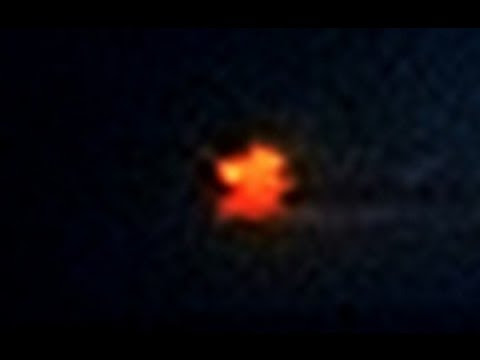