Spirit of Man Monarchs and Drones 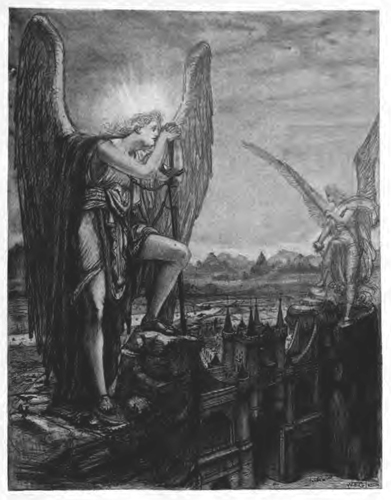 There’s not one atom of yon earth but once was living in man, not the minutest drop rain that hangeth in its thinnest cloud but flowed in human veins; and from the burning plains where Lybian Monsters fell, from the most gloomy glens of Greenlands’ sunless clime to where the golden fields of fertile England spread their harvest to the day, thou canst find one spot whereon no city stood.

How strange is human pride! I tell thee that those living things, to whom the fragile blade of grass that springeth in the morn and perisheth ere noon, is an unbounded world. I tell thee that those viewless beings whose mansion is the smallest particle of the impassive atmosphere, think, feel and live like man, that their affections and antipathies like his, produce the laws ruling their moral state; and the minutest throb that through their frame diffuses the slightest motion, is fixed and indispensible as the majestic laws that rule yon rolling orbs.

Behold a gorgeous palace that amid yon populous city, rears its thousand towers and sums itself a city, gloomy troops of centinels, in stern and silent ranks, encompass it around; the dweller there cannot be free and happy, hearest thou not the curses of the fatherless, the groans of those who have no friend?

The King, wearer of a golden chain that binds his soul to abjection, miserable, [degradedness, lacking self-respect, wretchedness] the fool, whom courtiers nickname Monarch, whilst a slave even to the basest appetites – that man heeds not the shrieks of penury [extreme poverty, lack of necessities], he smiles at the curses which the destitute mutter in secret and a sullen joy pervades his bloodless heart when thousands groan but for those morsels which his wantonness wastes in unjoyous revelry, to save all that these love from famine, when he hears the tale of horror, to some ready-made face of hypocritical assent, he turns smothering the glow of shame that spite of him, flushes his bloated cheek.

Those gilded flies that basking in the sunshine of a court, fatten on its corruption. What are they? The drones of the community, they feed on the mechanics labor; the starved hind for them compels the stubborn glebe to yield its unshared harvests; and yon squalid form, leaner than fleshless misery, that wastes a sunless life in the unwholesome mine, drags out in labour a protracted death, to glut their grandeur; many faint with toil that few may know the cares and woe of sloth.