One of the questions I receive again and again is if rh negative blood is to be considered Celtic, Jewish, Viking etc.
If only it were that easy to label heritage.
The truth is going back, way back in time is needed to truly be able to pinpoint a heritage.
What exactly does it mean to be “Celtic”?

“Haplogroup R1b is being associated with being Celtic, but it cannot be true, because R1b exists in every country.”
This is a quote I have recently read. And I cannot believe what I have read. 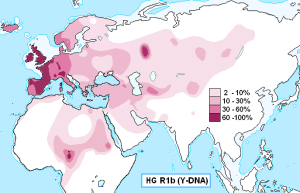 Think about this for one minute:
As an example I am going to use Bavaria in southern Germany.
Often mistaken as a “typical German outfit”, the traditional Trachten are actually a Celtic tradition.
The word Bavaria is Bayern in German or Boiern as it sounds with the Bavarian accent.
The word Bayern is “Boiern” germanized as it derives from the word Boii which is the name of a Celtic tribe which settled in the Alps to be protected by altitude. 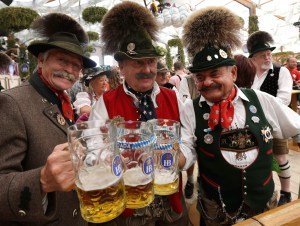 As the original Bavarians were a Celtic tribe, today’s residents’ genepool contains around 30 percent of the Celtic R1b marker meaning that while the genepool of the neighbors came in, so did the Celtic marker get spread around the region from Celtic individuals mixing with their neighbors, so of course with Europe not being an isolated island like Crete, the marker spread all over Europe. 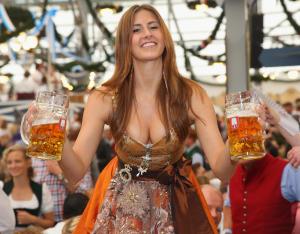 This marker is today the highest in Basque Country, Ireland, Wales, Scotland and Catalonia.

As we all know, Basque Country is the highest for rh negative blood in Europe.
Ireland has varying reports, but in Northern Ireland out of over 10,000 people examined, 27.33% were rh negative. 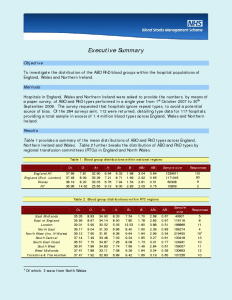 The same source highlights a study of more than 60,000 individuals in Wales and their rh negative frequency is around 17.01%. Lower than that of Northern Ireland, but let’s keep in mind that northwest Ireland has the highest frequency of R1b, the Celtic marker with more than 98% in some regions.
Scotland has also frequencies as high as 30% or more in some parts rh negatives wise and Catalans are more or less 25% rh negative.
Is there any way to deny a connection between R1b, the Celtic marker and rh negative blood?
While Western Europe is dominated by the downstream subclades of R1b1b – especially R1b1b2 (R-M269) – the Fulɓe and Chadic-speaking peoples of Africa are dominated by the primary branch now known as R1b1a (R-V88). The third primary branch, R1b1c (R-M335), is rare and found mostly in Western Asia.
Remember this ?:

The highest percentage (of rh negatives) is found among some of the tribes still living in the Atlas Mountains of Morocco (40%). The next highest are the Basques, reported in different publications as having 25 and 32%, depending on location. The people of northwest Ireland, the Highland Scots and the western islanders of Norway all have between 16 and 25%, while the Lapps of Norway and Finland have between 5 and 7%. In addition, Cavalli-Sforza reports two small isolated populations of the same tribe, one in Chad and another in Senegal, each with about 25%. On his map, he shows an Rh-negative population in Chad, still living near the formerly enormous Chad lake. Only part of this lake still exists on the spot where the boundaries of Chad, Niger, Nigeria and Cameroon meet. These people may originally have been the sailors on Chad lake. Could it be that this is the original location of the Rh-negative population that then moved to Morocco and Algiers to become the Berbers? Or would it be the other way around? 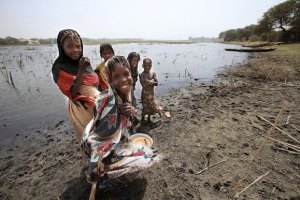 Society likes to label. Don’t fall into a box. And don’t push anybody in one either.
So let’s use another example:
70 percent of the genepool of those considered “Jewish” is not identical with that of the ancient Hebrew tribes.
Yet you are either considered jewish or not jewish.
What we are talking about is not manmade boxes, but genetics.
And with genetics you respect the flow whereever it may go.
While being a label, “Celtic” is based on a heritage dating back to a genetic family. And while members of that family married outside of the family, those distant family members are still related and their relation needs to be validated just as the fact that some family members are also part of other families as well.
The connection between Celtic people and the rh negative blood factor is undeniable.
But so is the connection between the ancient Hebrews and rh negative blood.
And then there are the Berbers whose heritage needs to be further explored.
Finding the common denominators is not that simple .
And that link is what I will leave you with. Because the research continues. It is far from done. And the more I know, the more I know i don’t. But if anybody reading this has additional information, feel free to bring it.
The comment box is open. Feel free to share what you have found out.
Rh Negative Frequencies United Kingdom
Rh Negative Frequencies in Scotland
Rh Negative Frequencies Catalonia
Added: Let’s also look at the element of red hair (Thank you, Karen for your comment).
Once again, here is the R1b map and right below the map displaying frequencies of red hair: 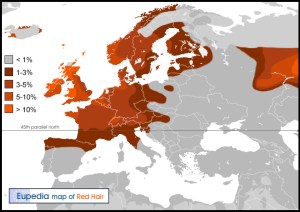 See also thte video where I am breaking things down with the focus on the common ancestry part between today’s Celts and the other groups of people worldwide who are above average in terms of percentage of rh negatives amongst them: